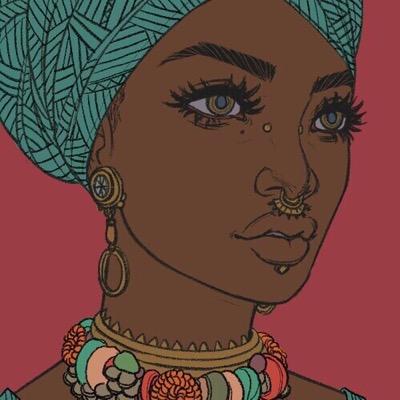 He didn’t just butter my bread, He gave me tea to go with it. The tea was laced with plenty milk and sugar. LOL. This red Range Rover Evoque pulled over beside me. I know it was nyash he saw that made him stop. When he came down from the car, I wanted to melt. This one was proper Nutella; tall, dark and handsome. Just like fine wine, his sexy torso was so visible from body hugging Ralph Lauren t-shirt. He smelled very expensive.

Then he said ‘Hi. My name is Demilade, but you can call me Lade’. Oshey, Britico. I greeted him politely and then he went with the usual pick up line, ‘What is a beautiful girl like you doing here alone at this time of the night?’. I just became the damsel in distress. I told him that I had almost being kidnapped by my Uber driver and how loud I had to scream before he let me out. I know I lied o, but abeg, I had to cook up a meaningful story so that he could pity me and want to help my situation. Uncle started apologising and asking if I was ok, that it was dangerous for me to be outside at that time. So I told him I was going to Quilox to unwind. That my week had been the most stressful and I needed a break. Coincidentally, he was going there too. I wanted to dance like David. Me that was going there to spend thousands of naira for someone to notice me. Now someone had noticed me while buying 100 naira corn. God does work in mysterious ways.

We arrived Quilox in no time and we drove  in. The bouncers there were just hailing this guy, ‘Baba o, we are loyal’. It was obvious that Lade was a regular there. He gave them some money and we went in, straight to VIP. He had a reserved table there. I just told myself  ‘Ifunaya Martina Nwokedi, opportunity comes but once. You cannot fall your hand’. When we had settled down, he ordered for drinks, drinks that all my school fees in Unilag cannot buy. I drank with respect, taking small sips every three minutes. We started talking about him because I wanted to try and guess his net worth. He told me he had just finished his Masters from a British university and was presently managing his family’s shipping company. He also said he had investments in other businesses and even boasted about how he had made enough money for two generations. I was just smiling and listening to him. This one didn’t know that only me can finish the money for one generation. I started telling him about my own family so that it won’t look as if I don’t have any background. I sold the strong and independent woman vibe to him quite well and anyone could tell he was impressed. We gisted as if we were old friends who had just reconnected after many years.

Lade’s company was great until his friends showed up about an hour later. Those ones came with babes and just took over the entire table, shouting on top of their voices and almost breaking my ear drums. Sleep was already setting in so I stood up and went to the rest room. I couldn’t fall asleep at such an important time. While in the rest room, I was already plotting how to move from the friend zone that I had used my leg to enter. There was no time for any useless slow romance. The kingdom suffers violence and the violent taketh by force. I had to make my move while he was still smitten over me. So I told myself that once I get back into the club, I was going to give him a lap dance as I kuku cannot dance while standing. Only for me to get back to the table and see one witch from hell rocking Lade. It pained me so much that I wanted to drag her by the hair and give her the beating of her life. Maga that I already had plans for, this one wanted to divert him. Lai lai. I just sat down calmly at the edge of the sit and went with my usual damsel in distress scope. Except God is not on the throne, I knew he was going to come to me and ask if I was fine. True true, he came to meet me and I told him my stomach was hurting and I wanted to go. He became worried and started fretting. He wanted to take me to school and I told him I couldn’t go back because the gates would be locked. He offered to take me to a hotel so I could rest. Such a good man. I wanted to go to his house o, but if I had suggested it, baba for call me ashewo, so I just maintained. Whether hotel abi house o, it was going to go down by fire by force.

19 Comments on The Lagos Side Chick S1E3