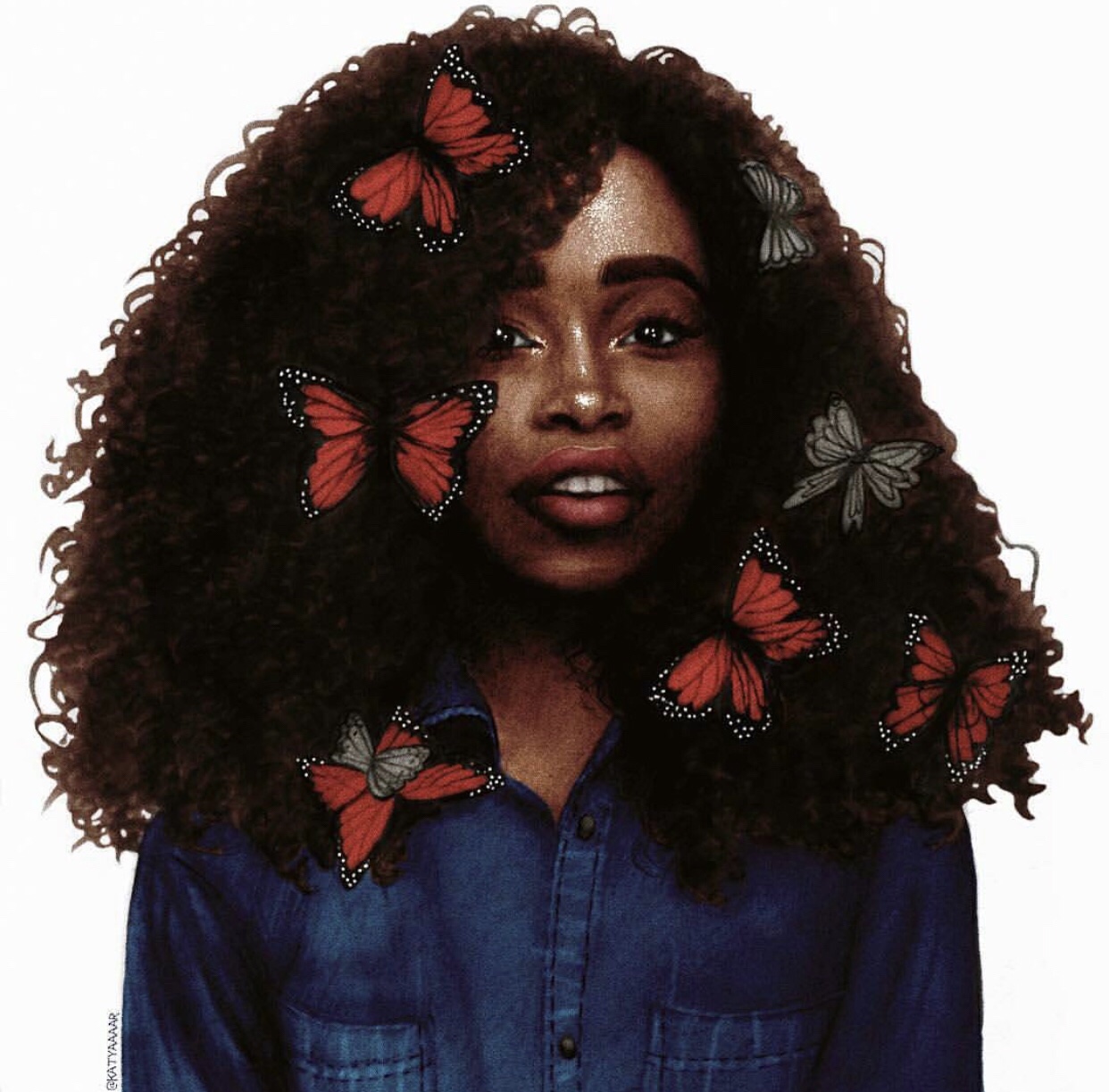 I stormed out of the office and I walked to the cafeteria. My body was shaking as I sat down. I couldn’t explain how I felt. It was a mix of anger, shock, fear and what not. How could Badmus have been seeing Teniola right under my nose and I didn’t even know? It was Teniola of all people he picked?
Not even Fayokunmi or maybe his secretary or the hot girl in audit. He chose Teniola. What did he see in her? She was a bush Agege girl that no one even took notice of.

I tried to imagine how he had even noticed her but it didn’t come to me.

“Maybe she used jazz.” I told myself. There was no other explanation.

“Or maybe it’s my fault. It’s either I wasn’t sexing him good or I unconsciously sent him to Teni. Yes! The day I suspended her, he was furious. Then he called to tell her to come back to work. That must have been the day.” I thought to myself.

Then another thought came,

“What if he was already banging her by then? That’s why he was so angry with me for suspending her.”

“But Teni said it was after the suspension they started seeing each other. Or was she lying? Maybe she was just trying go upset me.”

“If she wasn’t sleeping with Badmus, who bought her that car?” I asked myself.

“Well she could have met someone else. Or maybe it doesn’t even belong to her.” I answered myself.

“And the phone, bag, dress, hair? They don’t belong to her too?” I asked myself again.

I didn’t have an answer to that. I asked myself again,

The whole situation was driving me crazy. I needed answers and only Badmus could give me the answers I was seeking. I stood up and started heading to his office. As I was leaving the cafeteria, I bumped into my enemy, Fayokunmi.

“Look Fayokunmi, I don’t have time for this. I have more important things to attend to.” I told her.

If not for the fact that we already got into trouble that morning, I would have given her a dirty slap. She was forever getting on my nerves.

I looked at her with anger in my eyes.

“You want to slap me so I can beat you up again abi?”

“You’re welcome to do so o. It will always be my pleasure to give you the beating you need for a factory reset.” She added.

“I don’t even have time for you and your antics. It’s your friend that will be getting that beating from me if I find out that what she told me is true.”

“Maybe You should go and ask her that question. She’s the one who has the answers you seek.”

Then I thought again, if Teni was sleeping with Badmus, Fayo had to know about it. Fayo had Teni under her arm, so anything she she did, Fayo must definitely know about it. I decided to ask her.

“Well she came up with some stupid story that she’s dating Mr Badmus now. Is it true?” I asked her

She looked at me in surprise.

“I mean it’s not like it’s any of my business. I’m just interested in knowing since she already boasted about it.” I cleared the air.

“Since it’s no business of yours, why are you asking about it?”

“I already said she boasted about it. I just wanted to be sure she wasn’t lying.”

“Teni could not have said a thing like that.” Fayo said.

“Why would I be making such a thing up?”

“Because it’s you Onome. You can do anything. It’s probably because I accused you earlier of sleeping with one of the executives, that’s why you’re looking for a way to drag Teni in too.”

“That’s not true. I don’t fight dirty.” I insisted.

“Let’s not even go there madam. It’s Fayokunmi you’re talking to o. No need to be telling me smelling lies. I know you even more than you know yourself.”

“Fine then. Think what you like.” I said and walked away.

That one would just keep provoking me and wasting my time if I continued talking to her. Since she didn’t have any tangible answer to give, I decided to go to Badmus. He was the only one who could say whether or not Teni was lying.

I walked back into the office and headed straight to the fourth floor. As I pressed the button in the elevator, I remembered Teniola’s words,

“I’m in charge of the man on the fourth floor.” She had better be telling a lie.

I walked out of the elevator and started heading to Badmus’ office. Then I jammed Mr Iyayi. God, how I hated that man. He was the Head of the IT department and he had been on my case for ages. He was ugly and was always spraying saliva when he spoke. Everyone at meetings dreaded when it was his turn to talk. I prayed he would just pass without telling me anything. Alas, that wasn’t the case.

“Ahan! I have told you to call me Joseph. You don’t have to be so formal now.”

“We are in the office Mr Iyayi. It’s only right that I speak to you formally.”

“If you insist then.” He said

I proceeded to walk away when he called me back.

“When are you gonna to let me take you out now?” He asked.

“Ahan! I have been toasting you since. You have refused to give me face.”

“Ok. Can I take you out this evening? We can go to The Place.” He said.

I wanted to burst into laughter. The Place ke? How can you take someone out on a first date to The Place. God forbid. He was not only irritating, he was also stingy. Terrible combo.

“Mr Iyayi, I will see you later.” I walked away without looking back.

I marched into Badmus’ office and ignoring his secretary, I walked straight to Badmus’ door. Before I could open the door, she had jumped out of her chair and was blocking the door.

“Excuse me please.” I said.

“Excuse you to where?” She asked me.

“Look, I don’t have time for your rubbish. I need to see oga.”

“What is your problem? Is this the first time I am coming here? Hasn’t your oga warned you to stop preventing me from seeing him?”

“Ehen. The same oga also said I should stop letting people enter his office anyhow. That I should be calling him first. So if you cannot seat down and wait for me to call him, you better go back to where you are coming from. Etinyela m n’ọnọdụ nsogbu.”

“Can’t you hear? I said seat down there and wait for me to call him.”

I walked back and sat down on the sofa. She adjusted her blazer and walked back to her seat. Then she said,

“Mr Badmus has a visitor. You have to wait.”

“Did you call him already?” I asked in confusion.

This girl was testing my patience. I don’t know why Badmus hadn’t fired her yet. She was so rude. I stood up immediately and she stood up with me and went back to block the door. As she was blocking the door, the door opened. Badmus’ wife stepped out.

“Good afternoon. I just came to see the boss.” I said.

“You look familiar.” She said.

“Why is everyone from your department always here?” She asked me.

As we were talking, Badmus came out.

“You’re still here?” He asked her.

“Well another staff from Human Resources came looking for you. I was just asking her why her whole department is always in your office.”

“I just came to submit the documents you asked for yesterday.” I quickly said to Badmus.

“Where are they then? I can’t see you with any documents.” Madam Badmus answered.

The secretary cleared her throat and went back to her seat.

“Ehmm. They’re on my phone. I was planning to send them to his laptop.” I quickly replied.

“Get it together. These documents are needed in hard copy for proper documentation.” She said.

Kissing her husband she said,

With that, she left the office. When Badmus was sure she was gone, he turned to me and said,

He walked into his office and I followed behind.

“Shut the door.” He said as he sat down.

“Why were you causing a scene?”

“I just needed to see you. Your useless secretary wouldn’t let me in.”

“I’m sure you’ve seen that she had a good reason for preventing you from entering the office.”

“Are you sleeping with anyone else in this company?” I dropped the bomb.

“Which Teniola?” He asked me.

“Don’t play dumb with me. How many Teniolas do you know? The Teniola in my department of course. The one that’s friends with that lousy girl, Fayokunmi.”

There was a moment of silence. I prayed that Badmus would tell me no and say Teniola was lying.

After a few minutes, he answered me. You won’t believe how I got when I heard his answer.