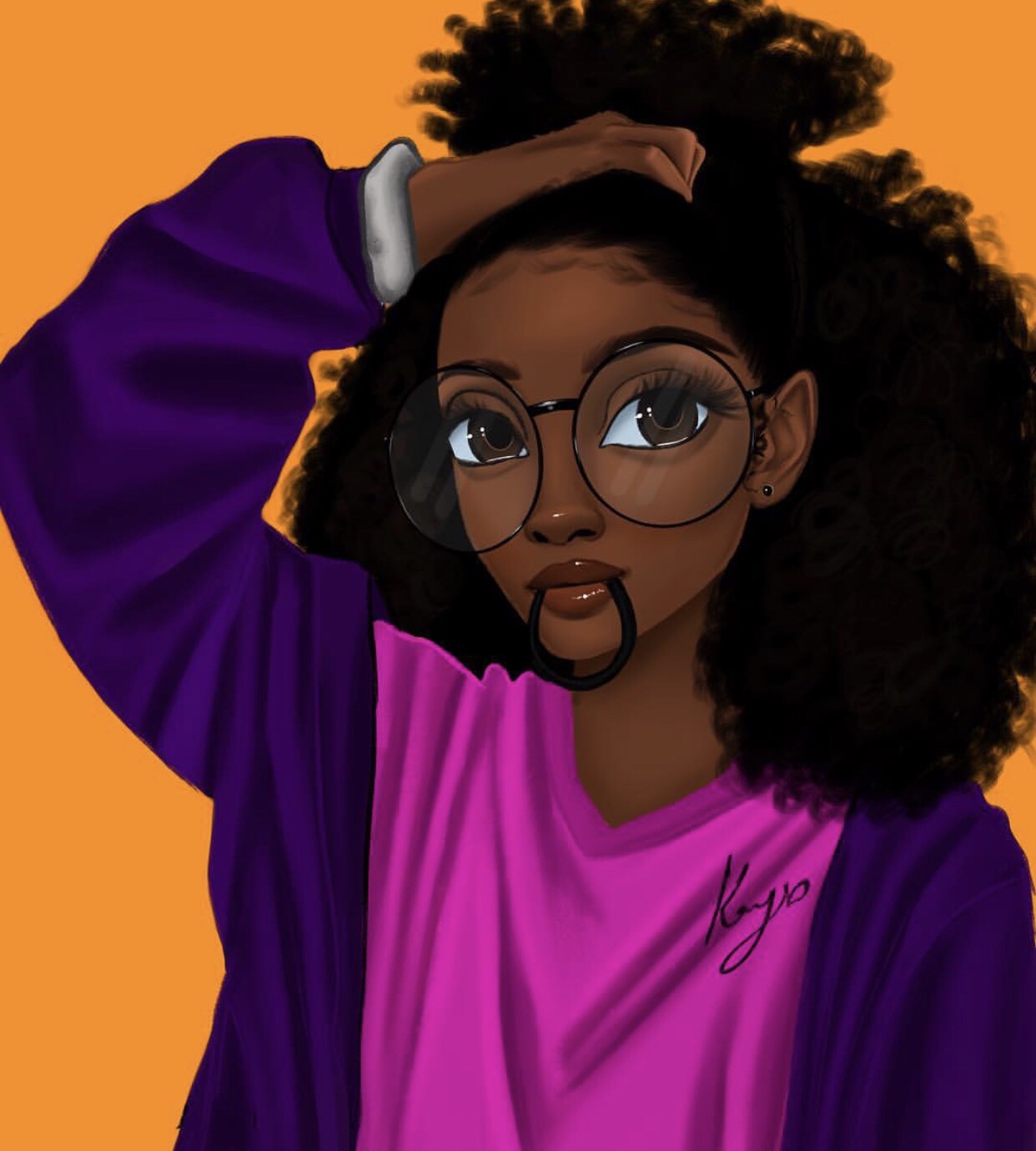 Fowi was sitting there in all his beautiful glory. He was wearing a navy blue kaftan and my nose was blessed with his beautiful scent. He was gisting with Sophie and I stood there, gazing at him. It took God’s grace for me to stop starting just before he turned and saw me.

“This beautiful igbo woman has finally graced us with her presence.” He said.

I smiled as he stood up and walked to me. He took my left hand and kissed it.

“You look very beautiful. I feel like I’m underdressed beside you.” He complimented.

Shebi this one is mad ni? Somebody that was wearing properly dry cleaned crisp kaftan with proper sharp lines. Was he trying to make me feel inferior? Because he was obviously dressed better than I was and even a blind man could see that. I smiled at him even though his compliment didn’t go down well with me.

We said our goodbyes to Sophie and he led the way to the door. He opened the door for me to walk out first before following closely behind me. He rushed to the car as soon as we were out of the house and opened the door for me. Before I forget, uncle drove a sleek white Mercedes Benz G63. You need to see the interior of this car mehn, coupled with the strong masculine scent that hit my nose. Everything about the car screamed, ‘owned by a baby boy for life’. As soon as I entered, I knew it was all over, I told myself I was going to die here and I resolved that one day, the air in the car will be filled with the smell of the wonderful sex Fowi and I would have in it.

“Are you ok?” Fowi had to ask when he noticed I was deep in thought.

“Well the only thing wrong is that my stomach is making noises. I’m hungry.”

“Don’t worry love. We’ll have breakfast before you know it.”

He turned on the radio and scanned from one station to the other. Every station was doing something christian inclined. Some were preaching, others were singing, almost no station was playing any wobe song. Me that should have been in mass o, I am here following man to eat food. If my mother ever saw me in a place other than church on a Sunday morning, she would have gone to my father like Herodias and asked for my head. As she kuku was not there to catch me, I decided to just flex my life.

Twenty minutes later, we arrived at Transcorp Hilton and it was just a beauty to behold. I kept looking around as we drove to the parking lot. Fowi noticed and asked,

“I’m glad I didn’t disappoint. Would have been a shame.”

We both laughed and when he had parked the car, we came down from it. Of course Fowi came to open the door for me like a true gentleman and we walked into the restaurant. His eyes quickly darted round to find a table for us to sit at and he found one just by the window. We walked to the table and he held out the chair for me to seat down. There lay the problem, this uncle was too perfect for my liking. He did everything too perfectly and I knew that it was going to cause trouble one of these days. How will I now start trouble and blame him for it if he did no wrong? These type of people sef, even if you cheat on them and they catch you, they will still apologize to you, na wa.

“So since I wasn’t sure of what exactly you wanted to eat, I decided that we can have a buffet, so you can decide for yourself.” He said

“Ok then. That was a great decision you made.” I laughed.

“I’m happy you think so. At least in the future, I can make decisions for us without having my head chopped off.”

We both laughed and he stood up. I tried to stand up too but he gestured at me to sit down. He came to my side of the table and pulled the chair out so I could stand up. I whispered a thank you to him and we proceeded to the buffet table.

On our way there, a man bumped into Fowi because he was pressing phone and not looking at where he was going. Before the man could say a word, Fowi had already apologized and asked him if he was hurt. The man and I were just looking at Fowi. In my mind I was wondering what kind of chivalry that was.

After sorting that out, we continued our walk to the buffet table. There were varieties of food there, from the Nigerian man kind of breakfast- yam, potatoes, noodles etc, to the oyibo man type of breakfast- pancakes, bacon, sunny side up eggs, scrambled eggs etc. i wanted to wait for him to go first, so I could see the kind of food he was going to take and follow suite, but he insisted on me going first, so I went with pancakes, scrambled eggs, bacon and sausages.

That’s how Fowi now shocked me and took boiled yam, egg sauce and some chicken. Me that was forming ajebo now played myself. Instead of me to take the food that will belleful me, I went to go and carry pancake, who send me message? Since I was forming hard guy, I couldn’t go and change my order, so I went with it.

Fowi now collected my plate from me and carried it back to our table. We started eating and talking at the same time. He told about his family, he was the only son out of five children and his mum was late. She died when he was 15 years, so his rich daddy sent him and his sisters to stay with an aunt in the UK. He graduated from the Queen Mary University of London with a degree in Economics and International Finance. It’s like all these rich people like reading courses that relate to business, so that the poor people who are working for them will not tear eye and scam them.

“So tell me about yourself.” He said.

“There’s really nothing to tell. I’m just an Igbo girl who graduated from UNILAG, no pomp and pageantry like you.”

“Come on, UNILAG is a great school. I wanted to go there. When we used to live in Lagos, I went to Atlantic Hall and even though children in my school didn’t want to go to UNILAG, I secretly wanted to but I was sure my parents would never agree, so I quietly killed the dream.”

“My own dream was to go to school abroad, not go to UNILAG.”

“Fowi, you cannot compare the Nigerian education system to the British one. One is high up there and the other one is below ground surface.”

“Darling, let’s not go down this road on our first date. We’d revisit it later and I would have the time to thrash you on that subject.”

“But really though, I’m not saying the Nigerian education system is that bad o. I mean look at me, I went to a Nigerian University and I’m super smart. That goes a…”

Which kind of mumu play was this now? I wanted to refuse, not because of the fear of failing, but because I didn’t have 20k to play with. Then again, if I refused, he would think I was unsure of myself, so I agreed.

“Great. What language do you speak in silence?” He asked.

Na there them catch me. I had never heard that question in my life. I thought it was going to just be simple question that somebody will just get like that. After thinking for 5 minutes and not coming up with an answer, I gave up.

“There’s no language like that. How do you speak in silence?” I said, trying to sound smart.

Fowi smiled at me, and nodded his head in affirmation.

“Correct.” He said as he brought out his wallet from his pocket.

Uncle counted 20 thousand naira and gave me on the spot. I was just grinning from ear to ear, 20k for answer I was not even sure of. I thanked him profusely and he just smiled on.

“Can you hold a gaze?” He asked out of nowhere.

Shebi na ordinary staring, maybe another 20k will enter my pocket from there.

He asked me to look into his eyes for us to see who could hold a gaze longer. I had not even looked at him for a minute o, uncle started looking round. He seemed like he was very shy. I stopped staring too so that he wouldn’t feel uncomfortable.

“I can usually hold a gaze for so long, but the fire in your eyes won’t let me. It’s like you see deep into my soul and it’s kind of scary. I guess it just goes to show how deeply we’re connected.” He said.

Connected kwa? On a first date? This guy was beginning to scare me. I would have said he was joking but he looked too vulnerable to be joking. I could tell he was serious about what he had said.

I smiled at him and tried to change to topic. I asked him things he liked to do and he told me that he didn’t have particular things he like to do. He only had a bucket list and he still had a few things on the list he hadn’t done. Out of curiosity, I asked him the things he had done.

“Fed a lion in Kenya, been to the Great wall of China, skydived in Malta, visited the gateway of India, blah blah blah.” He said nonchalantly.

“I see you’re a globe trotter.”

“Well not really, I haven’t visited that many places. For instance now, I haven’t been to Dubai. But going there is on my bucket list. You know, drive a Ferrari in a car race, kiss a dolphin, a female one though.”

Oga was definitely richer than Lade. Look at all the places he had gone to and me I have not even gone to Benin Republic. I don’t know how God will give some people enablement to do all these things and leave some other people high and dry, oga o.

We talked about random things from then on and he looked for every chance to make body contact, gesturing as tiny as putting his hands on mine. He was super chilled and funny and I was almost rolling with laughter at some things he said.

After another hour, he asked me if I was ready to go home. I honestly wasn’t o, but I didn’t want it to look like I was enjoying his company too much before uncle will think that I was falling for him. So I answered in affirmative and he gestured one of the waiters to bring the bill. The waiter came back five minutes later with the invoice and gave it to him. The amebo me wanted to know how much the food cost, you know, to gauge him and know the kind of restaurants to pick for subsequent dates. Obviously, I didn’t get to know the amount as he just requested for a POS and swiped his card.

The waiter left and I was making a joke about what he was wearing before out of the blues, he asked me a question that made it obvious that things were about to change.

49 Comments on The Lagos Side Chick- S2E6