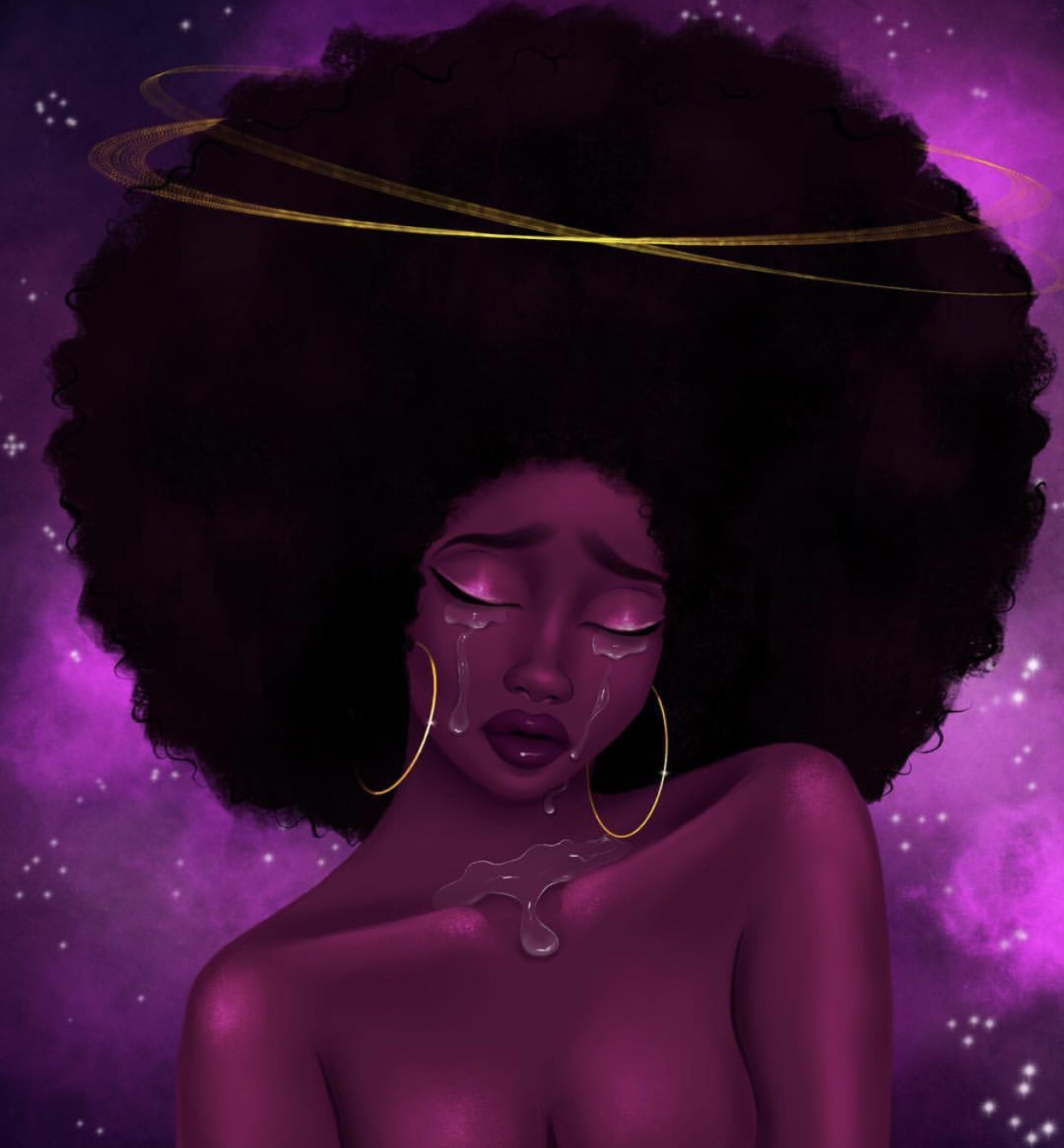 The air conditioner was blowing at a cold sixteen degrees but heavy beads of sweat dropped down my face immediately Lenka demanded for an explanation. Had my bubble already burst? Did she hear me talking to Wangi? What was she going to say? Was she going to get furious and cancel our engagement? In truth, that would be a relief for me because everything was happening so fast.

One minute I was trying to rekindle an old flame with a married ex-girlfriend and the next minute, my girlfriend had moved up the relationship chain to fiancée and was already planning a wedding. It was too much for me to take in. I loved Lenka, but I just needed things to go a bit slower, for my sanity at least.

I rose my head gently and looked at Lenka’s face, searching for clues to what she was asking about. She didn’t look like someone who had just found out her man was talking to his ex-girlfriend. She looked relaxed, with her eyebrows raised inquisitively. I relaxed a little, almost sure that she hadn’t caught me. Then I remembered who Lenka is, the slow poison. She was not the type who would react immediately. She would take her time and analyze all the facts of a situation before she reacted. I found that trait strange because no normal human being is like that. I mean if person vex you, you go para immediately before you even have the chance to think about whether you reacted properly or not. It’s just a normal thing with every human but not Lenka. If you did or said something that annoyed her, she would stare at you for a few seconds and start asking you one million questions. It’s only after you answer those questions that she would react and most of the times, she didn’t even react. She would just say,

The few times that she reacted, I had to beg and beg on my knees for days before she started talking to me. Whenever we reconciled, she’d say she wasn’t very angry. She was extremely slow to anger and many times, I had imagined what would happen the day she would get extremely angry, all hell would break loose.

I thought about it again at that moment and I started sweating profusely again. This girl was going to kill me if she found out I had asked Wangi out on a date, talk less if she found out that I canceled my proposal to her because of Wangi. She would put me in a body bag and ship straight to the devil via DHL Express.

Since she was not going to drop the bomb so easily, I proceeded to ask her what it was as calmly as possible, so she wouldn’t read the guilt boldly written on my face.

“Why did you tell your mother that I wasn’t ready to settle down? What made you come to that conclusion?” She asked.

I heaved a sigh of relief, grateful that nature had deemed it right for me to still be counted among the living.

“Oh that! I just told her that so she would leave me alone, she was like a bone in my throat.”

“I see.” She nodded slowly.

I searched her face to see if she would give any expression that showed she believed my excuse. While I was on that, her phone rang. She picked it up and looked at the screen, rolling her eyes as she hit the answer button.

“Aunty Eikan.” I heard her say, with a fake smile on her face, as if her aunt was seeing her face.

I looked at her and tried to ask with my eyes why her aunt was calling her at that time of the night.

“No aunty, it’s not like that. It just happened about an hour ago.” She was explaining into the phone.

I had forgotten for a split second that the news of our engagement was still spreading so even family members who didn’t keep up with us were bound to call that night or the next morning. My family members were not already calling because it had not gotten to their ears yet.

My mother had texted me a few minutes before not to tell any of our family members till my father gave his blessings. I wondered why because my father had met Lenka on a few occasions and he was aware of our relationship. He had even teased her one time, asking her how she was going to cope with my snoring when we got married.

“It’s a family trait so it’s definitely going to happen every night.” He had said.

“I’ll cope sir, I’m already getting used to it.” She said and we all laughed.

I was more than willing to obey my mother’s instruction because I was still getting used to the idea that I was almost somebody’s husband and I couldn’t handle everyone going crazy over it just immediately.

I stood up and excused myself because knowing Lenka’s aunt Eikan, if she knew I was in the vicinity, she would ask to talk to me and I wasn’t in the mood to talk to another person that night.

I climbed the stairs and walked into my room. My body hit the bed as I slumped into it and taking my phone out of the pocket, I looked through all the congratulatory messages I had received. They were everywhere: Instagram, Twitter, Snapchat, SMS, Telegram, WhatsApp, name it. It’s amazing how you forget that you know so many people till something like this happens. People I hadn’t spoken to in ages were contacting me to congratulate me. It didn’t help that Lenka was sort of a popular business coach on Instagram. She had many followers, which included some people that knew me but didn’t know she was my girlfriend. I had gotten a number of mentions because of the photo of us she had just posted and tagged me in. People were saying they didn’t even know she was dating anybody. They now proceeded to my page to drop ‘congratulations’ on my previous photos.

“Arrgh, don’t these people sleep?” I grumbled to myself.

I was about to drop my phone when Derin’s iMessage popped up on my phone. I had forgotten that I was supposed to call him back and he was reminding me in his usual sarcastic tone.

“Mr fiancé, are you going to call me back today abi after your wedding?” The message read.

I smiled to myself and shook my head. There was no chance that Derin was going to change soon.

I went to my speed dial and dialed his number. He didn’t pick up the first time. The phone rang and rang but he didn’t answer. I was starting to vex. This was someone who had texted me three seconds ago. So where had he gone?

I called again one last time but not before promising myself not to call again if he didn’t answer.

“Finally!” I said immediately he picked up.

“Thank you o, thank you for deciding to call back.” He said.

“Sorry Derin, it’s been a little crazy here, you don’t even understand.”

“I cannot understand now, I cannot. After all, I am not the one who proposed without the knowledge of his best friend.” He shaded.

“My guy, the entire thing happened so fast. It was Farida that convinced me to do it.”

“Na wa o.” He exclaimed. “I hope you reported yourself to Farida before you did this grand gesture.”

“Of course not! Do you want her to kill me?” I asked him.

“Ol’ boy, your life is getting more complicated by the minute.” He said with mock pity.

“Tell me about it!” I groaned and proceeded to tell him about Wangi’s call.

“Did she forget that somebody kept her in his house as a wife abi what? Which one is I want you again?” Derin said.

“I honestly don’t know what to do about this entire situation. Everything is happening so fast.” I sighed.

“Shebi I warned you not to go on that date but you refused to listen to me. Now just see.” Derin lamented.

“My friend better call her and tell her you’re about to marry a more deserving person. After that block her and delete her number so that you can focus on planning your wedding. Things will go from bad to worse if you keep her around for much longer.” He advised.

Derin was making sense. It was very risky for me to keep communicating with Wangi, knowing that I was getting married and she was also somebody’s wife. If things spiraled out of control between us, it would be extremely disastrous.

My head was telling me to listen to Derin and let go but my heart was telling me otherwise. I still wanted her around. I missed her so much and knowing that the feeling was mutual, I was extremely tempted to keep in touch with her.

There and then, I knew I had to decide whether to follow my heart or listen to the voice of reason in my head.

I replied in affirmative and told Derin what I had decided, a decision he cried foul on immediately he heard it.

20 Comments on Then Magic Of Bliss And Bluesy- S1E12

Leave a Reply to The Culture Fit Cancel reply