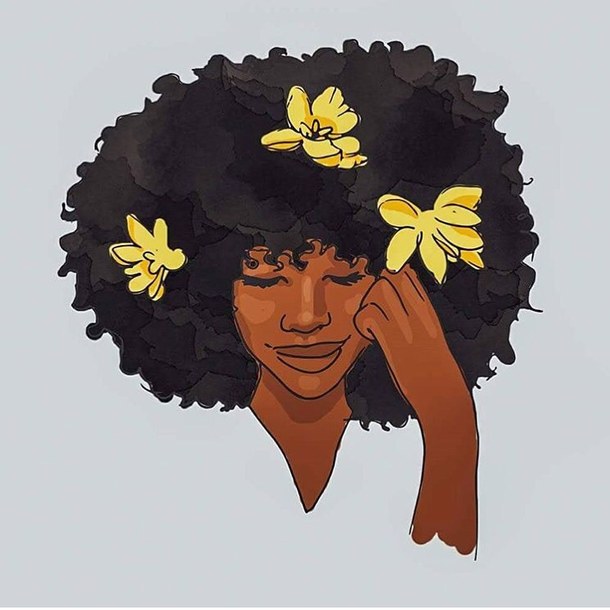 While I was making my lemonade, you wouldn’t believe who came down the stairs. Yes, you guessed right, it was Demilade Akin-Cole, the idiot who had used and dumped me. He looked better than before, like party jollof that you just want to eat up. Instead of me to be angry at him, I was angry at myself because I wanted him more than ever. The worst part was that, he was in the company of another woman. I know I am a fine girl o, but as I saw this one, my self esteem dropped, she was beautiful and had a body to die for.

Her clothes, her shoes, her hair, even her make up looked expensive. She looked like one of all these girls with rich parents who had lived most of their lives abroad and probably rolled with Dangote’s children. Together, they looked like a power couple, holding hands and walking down the stairs together. This one was not a side chick anything, she had to be the main chick Lade had spoken about. No wonder Lade could conveniently dump me so he could keep her. She looked like every man’s dream, I mean if I was a man, she would be my dream girl too. I felt intimidated by her presence and turned my seat to back them, thankfully Lade couldn’t even see me from the table they got. The next voice I heard was Emeka’s, I had even forgotten about that one sef. ‘What is the problem? What are you looking at?’ he said, as he tried to find what I was staring at. ‘Oh, it’s nothing I said, I was just admiring the lady that walked in’ I replied. ‘Oh, she’s beautiful o, but not as beautiful as you. Omalicham’ Emeka said, as he laughed loud. I smiled and said ‘Thank you’. True true o, the girl no fine pass me, that is if you remove all her make up o, so why should she keep Lade and I can’t? Lai lai, I decided I was going to get Lade back, by fire, by force. Not because I love him or anything o, but to tell him that I do the dumping and not the other way around. My game plan: Scatter their relationship, get into Lade’s head, chop money, then dump him. He had to learn the hard way, that Naya is not a girl to be toiled with.

My food came quite quickly and I started eating, without taking my eyes off Lade’s table. The most annoying part was that they were so into each other, that they didn’t even notice the people around them. Women dey suffer sha. After this one finished receiving life giving head, and banging the life out of me, he was here, looking into her eyes and probably blabbing some love related nonsense. God will never allow any man use my head like this. Tufiakwagi. I had to think of an easy and fast way to scatter their relationship, the earlier, the better. Emeka was waiting for his swallow and soup while I was eating and he tried to make small talk with me, but I was too distracted. I was thinking hard about the whole Lade thing and Emeka’s igbotic accent was not even helping matters. He kept talking about his electronics business and how he had many containers on the high sea. What is my concern with that one now biko? Somebody is trying to think about how to get a man back and you are here talking about electronics, how will that help my life? Mscheww. I just kept smiling and nodding my head, before he will vex now and say I was not interested in what he was saying then walk away and leave me to pay 10000 naira for rice and chicken. Eureka. I had found a solution. I would send Lade a message and make sure the babe saw it, then she would vex and leave him. The only problem now was how to make sure she saw the message. ‘God, you have to intervene o. This is the prince charming I told you about. Release him to me. Biko’ I prayed silently.

As my God never sleeps, Lade stood up from his seat and left his phone on the table. Ghen ghen, it was time for action. I sent Lade a text message that read ‘Hey bubba. I just remembered how much fun we had the last time we were together. Remembering each of your deep thrusts in me just makes me horny all over again. I miss you baby and I can’t wait to be with you soon. Say hi to your dad for me. Kisses. I love you.’. I sent it and watched keenly to see a reaction from Lade’s girlfriend. She didn’t disappoint me at all. She picked up the phone and from the look on her face, I could tell she had read the message. She facial expression was a mix of shock, anger and pain, exactly what I wanted. Yass, I had taken my throne back. One money miss road girl cannot come and be rubbing her relationship with a cheating man in my face. For what biko? The knowledge that she had found out that Lade cheated and the thought of what was going to happen next had me smiling sheepishly. Emeka was too engrossed in his food to even notice what was going on. The way he was taking morsels of pounded yam reminded me of Nkem Owoh in Osuofia in London. He would use his fingers, dig into the pounded yam, cut out a big ball, then mould it perfectly by rubbing it between his two palms. I almost went under the table because of shame when I saw him eating like that, but I couldn’t afford to miss the drama that was about to unfold. Before I knew it, Lade had gotten back to the table to meet his vexed woman. Even though they were inaudible, it was obvious she was shouting at him because she kept pointing to the phone and pointing back at him. For a moment he had guilt written on his face, but I don’t know what the babe said that made him start shouting back at her. It was like they were shooting one of those Nigerian movie scenes in my presence. Emeka followed my gaze and started watching the drama too. ‘Nne, what is happening? Why these people dey show themselves?’ Emeka asked me. ‘How am I supposed to know? No be me and you dey here?’ I fired back. Other people had noticed and were also staring at them, but they didn’t seem to care and before I could say Jack, he walked out on her. It’s amazing how I started this little drama in Eko hotel, but what can I say? Naya issa star…. ‘Your phone is ringing o’ Emeka said and brought me back to life. I picked it up and checked the caller ID. Demilade was calling.

32 Comments on The Lagos Side Chick S1E13