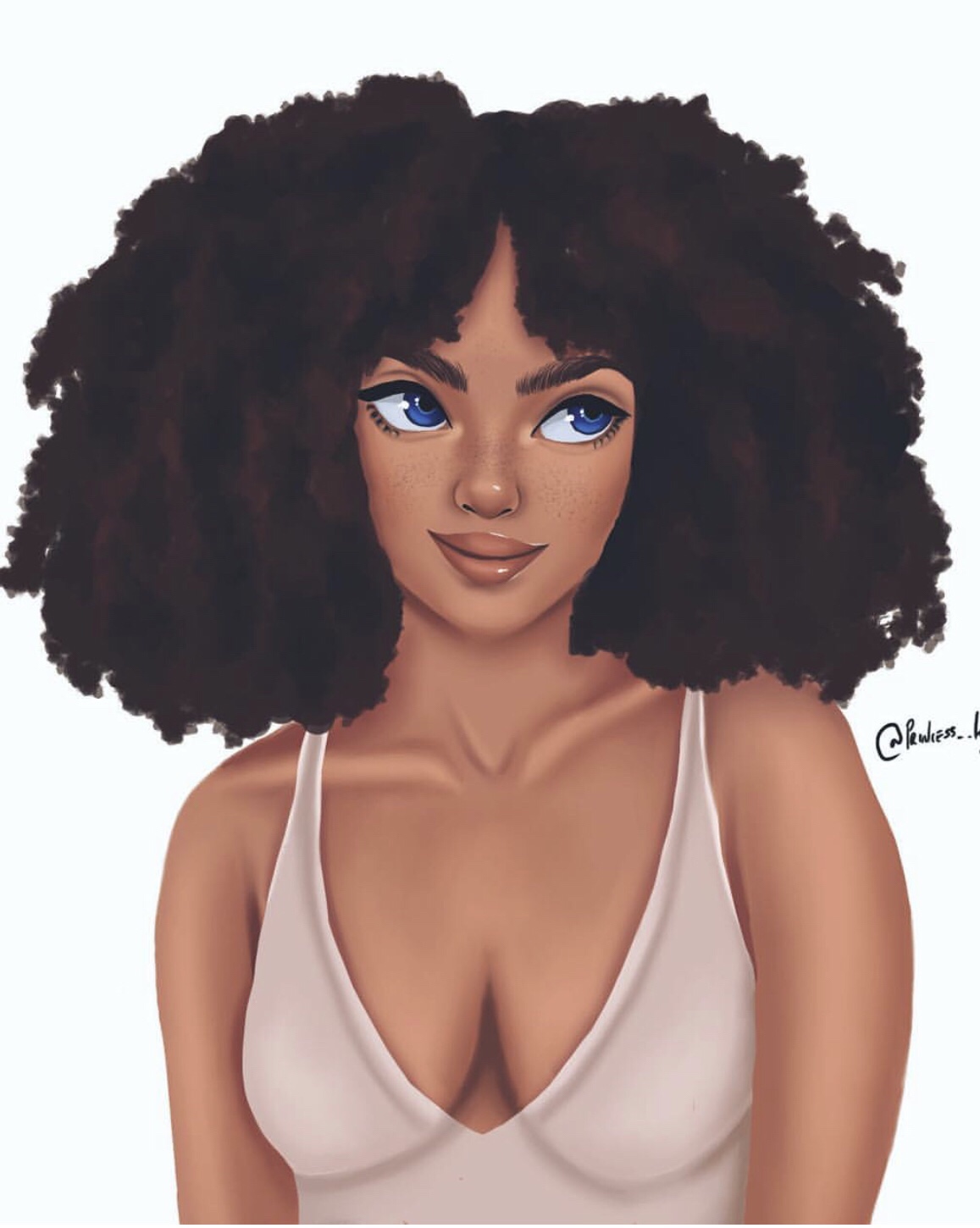 My phone rang out. I looked at the screen and saw it was my boyfriend calling and I knew he was calling to ask me about the money I promised him. The phone kept ringing and Badmus interrupted my thoughts,
“You’re not going to answer?” He asked.

I looked at the phone again and tried to pick it up, but it cut. Before I could try calling him back, he called again. He was really desperate. I picked up immediately and he greeted me.

“I was just calling to remind you about the money. You’re supposed to send it today.”

I was tempted to reaffirm my promise, but I remembered my bet with Fayo. I wasn’t going to give in and fall hand, so I quickly made up an excuse and gave him.

“About that, I’m sorry. I might not be able to send it today. My purse got stolen yesterday and all my credit cards were in it. I can’t make any transfers till I get new ones.” I said.

“That’s not a problem. You can go to the bank and do it over the counter.”

“Well you can send someone. You know I really need this money.”

“Hello. Hello. Your network is bad Wayas. I can’t hear you. Hello. I’ll call you later.” I hung up, only to find Badmus staring at me.

“Well I’m pretty sure the network wasn’t bad because I could hear him quite clearly.” He muttered.

I didn’t know what to say. How was I going to start explaining to my boss that my boyfriend was asking for money and I was lying to him because of a bet I had with Fayo, all because Fayo thought Wayas was scum and I was trying to redeem his name. I just stared at him blankly. He noticed I was uneasy and changed the topic.

“Your estate looks very nice.” He looked inside the estate through the gate.

I was lost for words. If I had said thank you, he would think I was the owner of the house, not knowing I was a squatter. So me too, I changed the topic.

“Thank you for bringing me home.” I proceeded to open the door.

Another dilemma. This man had put me in too many dilemmas for one day. How was I supposed to explain that the people are the gate were ‘security conscious’ and that they followed ‘due process’, meaning they won’t let a squatter in without calling the oga to confirm, not to talk of even bringing visitor. Double trouble.

“No sir. It’s fine. I can walk in. Thank you again sir.” I said profusely.

“My name is Badmus, Teniola. Not sir. This is not the office where you have to be official.” “Ok Badmus.” I smiled.

He looked at his watch and said,

“Speaking of office, I totally forgot about my meeting. I’ve got to run now. See you tomorrow?”

“Yes. See you tomorrow. Bye.” I shut the door and he drove off.

I walked to the flat and took the keys from underneath the foot mat. As soon as I got in, I went straight to the kitchen. I was so exhausted and hungry that I could eat a whole bag of rice. I opened the kitchen door and went straight to check what was available in the store. The door was locked. Then I remembered what Fayo had said the night before. Surely she wasn’t expecting me to go hungry till she returned.

I looked around the kitchen and my eyes caught a folded piece of paper on the counter. I checked it out and saw my name on it. I opened it read,

‘Teniscoco. I hope you had a blast at the gym. I left your breakfast in the fridge. A bowl of oats and a sachet of milk. No sugar because #fitfam. There’s also fruit in the fridge if you need something to munch on. You’re welcome. Have a great day babe.

PS: Don’t try to order a pizza. I took your cards with me.

I was shocked to my marrow. Fayo was actually starving me in the name of fit fam. All because I threatened Onome. Onome was not only a terror in the office, she had become a terror in my eating pattern. Fayo was definitely taking the revenge thing too seriously.

I didn’t even understand what plan Fayo had. She hadn’t said anything about it and she was just making me do things I never saw myself doing. Like eating oats with a sachet of milk or going jogging on the bridge. If I continued like that, I was sure I was going to die before I even had the chance to revenge.

I thought about what to do about my situation. Then I remembered I had cash in my bag, enough to feed me for the day. I sang for joy as I went into the room the retrieve it. I had about 10000 naira in the bag. All that jogging and gyming had sapped away all my energy, so I need to replace it. Pounded yam was the way. I ordered pounded yam, egusi soup and assorted meat, plus two bottles of coke to go with it.

I went into the bathroom, took a shower and by the time I was out, my food had arrived. Talk about swift delivery. I turned on the TV and set my meal on the centre table. It looked like a lamb about to be slaughtered. I dived in and devoured the food and I was done before anyone could say Jack. I was full and happy with myself, so I stretched myself out on the couch and took a nice long nap.

A call from Fayo woke me up. It was past 1pm.

“How far?”Fayo said over the phone.

“Nothing. I am just checking on you. What have you been up to?”

“Apart from eating oats with one sachet of milk, nothing.”

“You think it’s funny abi? You want me to die of starvation?”

“This guy. Look at the bigger picture. It’s for your own good. You’re going to slay when you lose all that weight.”

“Which stupid bigger picture? Is it in my grave I’ll slay?” I hissed.

“Abeg, unto better things. How far Badmus now? What happened after I left?”

“Which kain yeye question be that? What were you expecting to happen?”

“Sigh. You’re not even sharp. We’ll talk about this when I get home. Let me continue my work. Before they suspend me too. Bye bye.”

“I don’t blame you. You will come and meet me at home.”

“I have a surprise for you.” I beamed.

“Oshey. What is it?” She asked excitedly.

I decided I wasn’t going to clear my post meal mess. I was going to leave it for Fayo to meet it as her surprise. She thought she was smart by taking my credit cards. I was going to show her that before Abraham, Jesus was.

For the rest of the day, I caught up on my series that work didn’t let me watch. Then I surfed Instagram and found this wonderful violinist, Kingsley Alozie. Uncle knows his work sha. It was wonderful to know that I could laze around without thinking about work or what was happening there.

The door bell rang and I went to get the door. It was Fayo. I opened it and smiled at her.

“Welcome baby girl. How was work?” I hugged her.

“It was fine. Thank you. Oya where’s the surprise?” She pushed me and walked inside.

“Right there on the centre table.” I shut the door.

Fayo dropped her bag and raised all the plates one after the other.

“You ate swallow?” She was shocked.

“Yes. Pounded yam and egusi soup with assorted meat and two bottles of coke to wash it down. Fayo, the food was…” I was smiling.

“Ohhh. Shut up. Be making somebody labor in vain.” She screamed.

“Where did you even see the money sef? Because I am with your cards and there was no cash in your purse.”

“See this girl o. You think you’re smart abi? Rada rada. I had money hidden somewhere. Tomorrow, when I come back from the gym and find the store locked, I will still do the same thing and leave a surprise for you. Shior.”

“It’s not your fault now. It’s me that kuku carried your cross. Stay there o, eat all the pounded yam in Lagos. By the time you become like ball, you will know yourself.” She replied.

“Nonsense. Come and give me gist joor.”

“Which gist again this girl?”

“Are you mad? The Badmus gist na.”

I narrated all that happened after Fayo left.

“So he brought you to this house?” She said in disbelief.

“He would have. If not for that stupid call from your yeye Wayas.” She hissed.

“Abeg put my boyfriend down o. Leave him for me.”

“Put him down by yourself Teni. Break up with the ode already.”

“It’s ok abeg. Ehnn. I don’t understand what you did this morning. Didn’t you say you got me a personal trainer? So why did you deny it when you saw Badmus?” I asked.

“So that you and Badmus could get alone time now.” She laughed and nudged me.

“I don’t understand. What do I need alone time with Badmus for?”

“Why are you so slow? Which other way do you think you can get revenge on Onome?”

I stared in confusion.

“Badmus now. Badmus is the only way. The plan is to take everything Onome has and Badmus is the source. If you remove Badmus, her fairytale life will be over.”

“Aunty. I don’t understand. Are you saying I should become Badmus’ other other woman?”

“Call it what you like. I am saying that you should snatch Badmus from Onome. That’s the ultimate punishment you can give her.”

“I am still lost. Even if I went along with this your great idea, how am I going to snatch him from her?”

“That’s the purpose of the makeover now. The plan before was to make you a diva like Onome, then put you in his face, get him to notice you and then you seduce him. But now that you guys are working out together, it will be easier than I thought. Let’s just say Badmus has walked into his trap.” She smiled.

I stared at her.

“This girl, why do you think I denied getting you a personal trainer? If I didn’t deny, he would have left you to do your own thing and things would have been difficult.”

“Ok ok. In summary, you want me to lose weight and get a banging figure so I can seduce Badmus?”

“Exactly. Now you have come. But let’s be honest, you cannot get a banging body in three weeks, even if you starve yourself to death. We need a faster method.” She said.

“You’re mad. I should risk my life because I want to seduce man. It’s not me and you o.”

“Ok ok. Maybe not surgically. How about laser liposuction? You can reduce your waist line by three inches in one session and your life won’t be at risk. I know people who do it.”

“I haven’t heard of it before o. Are you sure?” I was skeptical.

“Yes now. They just use lasers to remove the fat in any area of your body. Finish.”

“No time to think o. That’s what you’re going to do. We’ll book an appointment tomorrow.” She said on a final note.

“Ok Fayo. What if the banging body doesn’t get him to follow me?” I enquired.

“Leave that to me. I have just the right thing.”

She stood up and went to the room. I was processing all that Fayo had said, when she walked back into the room with a bag. She opened the bag and brought out the contents, leaving me shocked to my marrow. 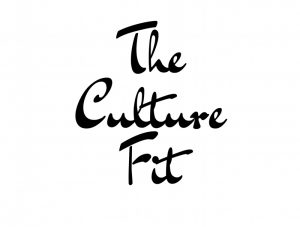