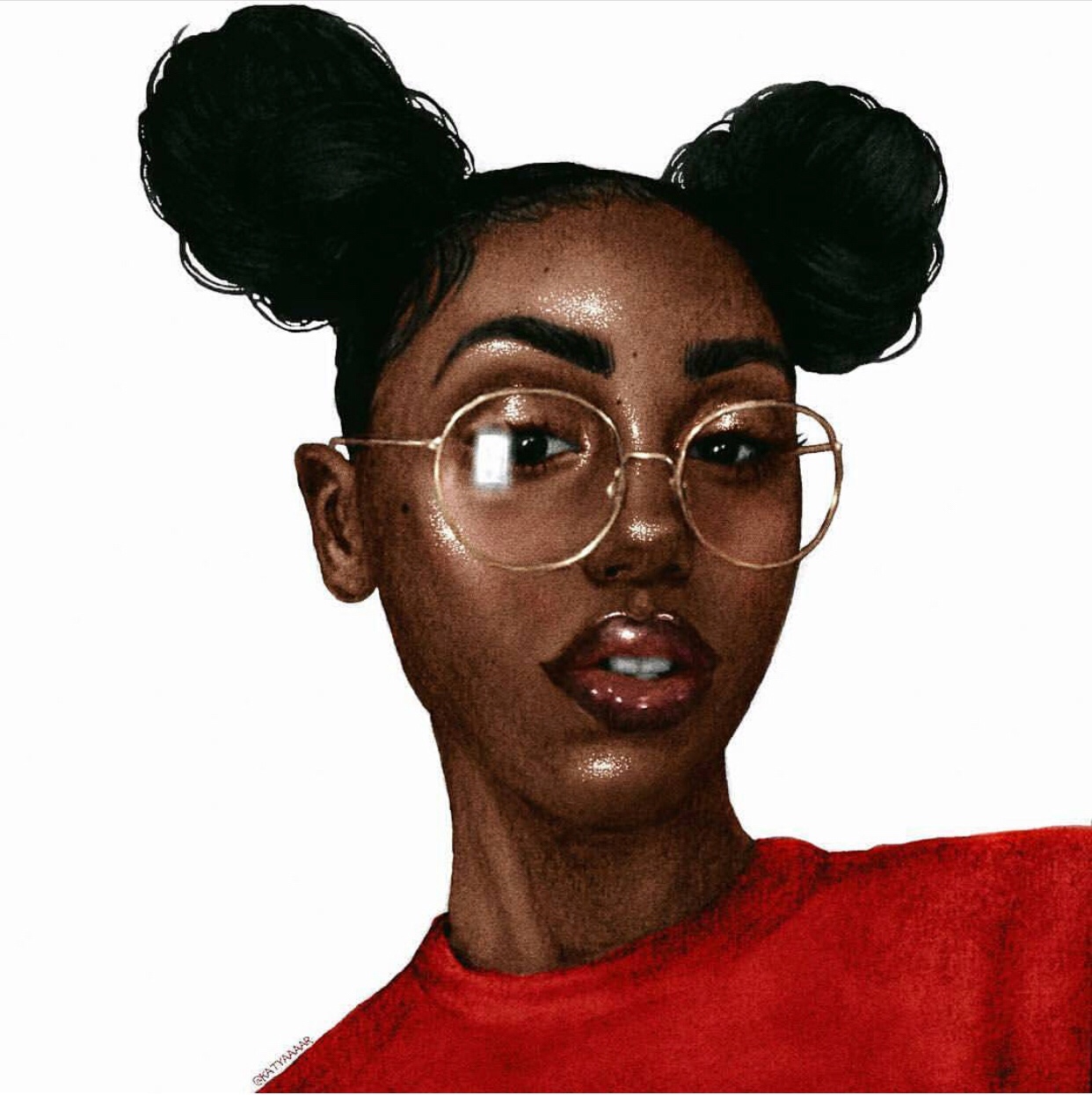 As I was sitting there thinking about my life and the consequences of my actions, Fayo marched into the office. She looked very angry, like someone who was coming for a fight. She walked straight to my desk and grabbing my arm, she tried to pull me up from my seat.
“What is it now? Why are you rough handling me?”

“You better shut up, get up and follow me. Before I give you double the beating I gave Onome this morning.”

“What is bringing all this one now? What did I do?”

“You still have mouth to be asking me foolish questions abi? My friend get up and follow me.” She commanded.

I stood up and she pulled me along with her. Everyone in the office was watching as usual. Me that was never noticeable had successfully given them the best show of their lives and made their day very eventful with all my drama.

Fayo didn’t stop pulling my hand till we go to the rest room. When we entered, she checked all the toilets to see if anyone was there. All this time, I was standing there in shock and confusion, wondering what she was doing all that for. She approached the last door and knocked.

“Someone is inside o.” The person said from behind the door.

“Please hurry up. I want to use the toilet.” Fayo responded.

“The other toilets nko?”

“No water to flush them. Please be quick.”

“Ok. I will soon finish.” The lady replied.

“Aunty what’s all this for now?” I asked Fayo.

She put a finger over her lips as a sign for me to keep quiet, but I didn’t.

Fayo eyed me for a few seconds, then walked to the door and locked it. She took the key out of the key hole and put it in her bra.

We heard the toilet flush and the woman who was inside came out. Fayo walked back to the door and opened the door for her. After washing her hands, the woman stood there staring at us for a while. Her gaze felt like she was searching us for answers.

Taking one last look at us, she scurried out like a rabbit. Fayo immediately locked the door and kept the back in her bra.

“Why did you lock the door?”

“So that the whole world is be fortunate enough not to witness your stupidity.” She answered.

“Will you tell me what all this drama is for now?” I asked her.

“What did you tell Onome?”

“Tell Onome how? I don’t understand.

“My friend don’t play dumb with me! What did you tell Onome? About you and Badmus?”

“Oh that.” I said nonchalantly.

“Oh that? So you really did tell her something?”

“What did you tell her?” Fayo was already tapping a foot noisily on the ground.

“Well, she wanted me to work extra hours because of the whole fight thing. She claimed that…”

“Aunty I am not interested in history. What did you tell her about Badmus?” She asked me.

“I told her to stop feeling like she was in charge. That I was in charge of Badmus now and that we had been straffing since the suspension thing. Oh, I also told her that he bought me that car. Babes, you needed to have been there to see the pain in her eyes. It was like she was going to burst open from all the anger. Wait sef, who even told you about…”

“I am this close to giving you a factory resetting slap. Are you mad? Like are you alright? Is something wrong with you?” She continued.

“Heiii!! Egba mi! Iru aṣiwère wo ni eyi?! How will your mouth just be drawing anyhow? Did they ask you? Who sent you message?”

“You mean I shouldn’t have told her?”

“No o. You should not have told only her o, you should have told his wife then announced it on national television too. Ode!”

“Have you ever seen where somebody will call his enemy and say, ‘Sit down o. Let me tell you all the things I plan to use to win you.’? Have you seen it happen before?” She asked me.

I hesitated to give her an answer.

“No.” I answered under my breath.

“So why must your own always be different? Ehn Teniola? Why? They will put sugar in your mouth, you will spit it out and put bitterleaf instead. You know how long it took us to get Badmus to notice you. Before he even slept with you. All the work we had to do. The jogging on the bridge, gym registration, strict diet, the laser kini, new clothes, new hair, kayanmata, even my fuel, every single thing we had to put in place. All the background work, the effort, the money, everything. Did you even think of all that before you went running your mouth? Did you think of all the things we could lose because of your foolishness? You first said you didn’t want to take any revenge on her, till I convinced you. You now did finish, now you want to use your hand to spoil everything. How do you even think? Did you even think at all? Jesus! Teni you’re smarter than this now.”

“I didn’t think it was going to be so much of a problem. It was just a slip of tongue.” I tried to defend myself.

“Slip of tongue? Ni kini? All the time Onome was sleeping with Badmus, did you hear pim from her mouth? Did she come and rub it in your face? Shebi it’s because I told you she was sleeping with him. If not will you have known? She would have been there, peppering your life and you won’t even know the back story. With all the mouth you were making, ‘Lagos belongs to me first, I will show her. Yen yen yen.’ Was this your plan? This is how you planned to show her? I cannot believe you. I leave you alone for a day and you spoil everything. With what you have just done, you’ve given her your winning card on a platter. She can go and run her mouth to Badmus’ wife or better still, create a scandal in the office. If Badmus hears about this your basket mouth, he’s going to be very angry. No thanks to you!”

“A big terrible one. One that is going to cost lot more to fix.”

“Fine fine fine! We need to find a way to fix this.” I said.

“We ke? Was I there when you were spilling the beans? Giving Onome juicy gist to nail your coffin? Just leave me out of this o.”

“You created the mess. How about you clean it up?” Fayo said.

As we were talking, my phone rang. I looked at the caller.

“My friend pick the phone!”

“Hello.” I said into the phone as I picked up.

“Come to my office!” I heard him say.

“He wants me to come to his office now.” I answered.

“I’m too nervous to think Fayo. How will I know?”

“Aye temi tan!” She exclaimed with her hands on her head.

“Are you daft? Isn’t it obvious that Onome has gone to ask him about what you said?”

“Shut up jare. When your mouth will be working before your head. How will you not put us in trouble? Now see. Immediately she asked me about it and I denied, I knew she would run to him.”

“No o. The holy spirit revealed your stupidity to me in a trance. Of course she asked me.”

“Stop making noise and let’s think of a solution abeg.”

“Nwọn ti pa mi run! Where will I start from o? What if he takes back the car and fires me? I will go back on the streets. Jesus! It is finished! I ruined everything in one day! Less than 12 hours! Ahh! Teniola, o jẹ alaimọ! Ahhh!”

“Stop shouting like a mad dog abeg and let me think.”

I used my fingers to hold my lips shut while breathing heavily. It was as if scales had just fallen off my eyes. How could I have been so stupid to think that telling Onome would make me the winner? Now I had shown her all my cards and she was sure to win me. I had ruined everything I worked hard for in the twinkle of an eye. My village people were definitely behind this.

“Got what? Got what?” I asked desperately.

“I accept every name you call me. I deserve it.”

“So tell me, what did you come up with?”

“A plan to clean up your mess.”

What Fayo had in mind was a full proof plan. Things were starting to look up and I was getting my groove back.