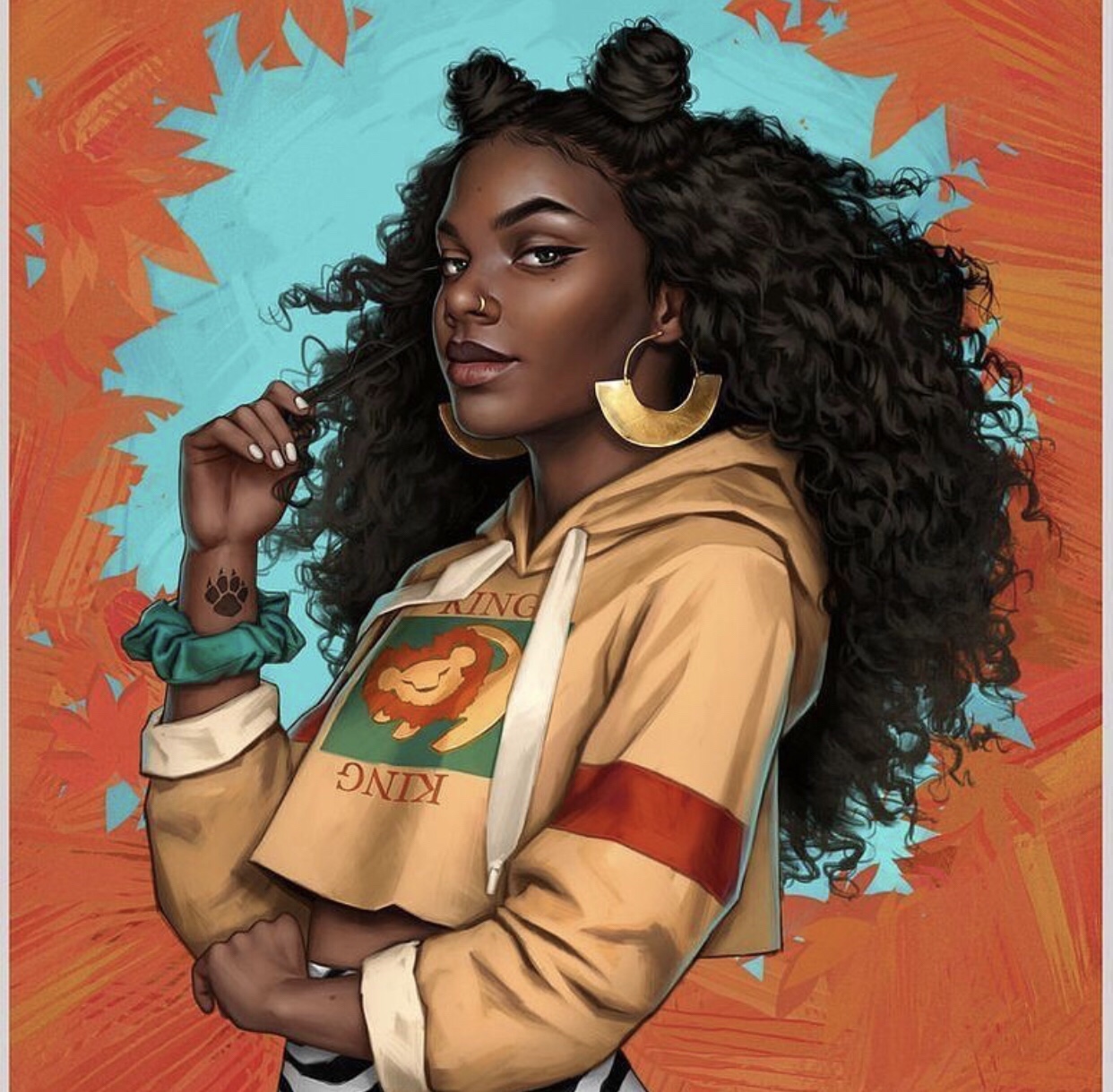 “Answer my question for goodness sake. Are you sleeping with her?” I asked him again.

“Where did you get that from?” He asked me.

“That’s irrelevant to the question at hand.”

“Well you have to tell me who is peddling all these lies and rumors about me and dragging an innocent woman’s name in the mud.”
“The innocent woman you’re talking about is the same woman who told me about this.” I said matter of factly.

“Teniola told you that I am sleeping with her?” He asked.

“Ohh God! Badmus! Stop going round in circles and answer the damn question!” I raised my voice.

“Well I’m not sleeping with her. She probably just told you that to make you jealous, seeing that both of you are in a petty stupid rivalry.”

“So why would she lie with your name? Of all the people in this office, why did she pick you out?”

“How am I supposed to know?”

“That’s not what I said o. All I’m saying is that everything seems to be so true. Ok, how did she know you no longer give me money? And that you were hardly in the office in the last three weeks. How?”

“Onome, how am I supposed to know? I don’t even talk to her. Well, except in the office. This is just a stupid statement. Her plan was to get you worked up and she succeeded. How did I never notice your gullibility?”

“Stop messing with my head! Ok ok. How do you explain her total transformation? Her hot body, the hair, make up? She drives a Benz now. Not just any Benz, an ML 350 Badmus. How did she get it?”

“What kind of question is that? How will I know how she got it?”

“I don’t know. Maybe you bought it for her. It’s the kind of thing you can do.”

“So assuming I was sleeping with her now, you think I would buy her a luxury car in three weeks?”

“Well she did say she’s been giving you fire pussy. Plus I know what you can do when a woman is satisfying you and making you extremely happy.”

“I am very offended that you’re accusing me about these things. You think I am sleeping around with just anything in skirts? You think I don’t have better things to do with my money than to buy a luxury car for a girl I didn’t know about till three weeks ago? Wow! I’m amazed at your perception of me.”

“Go back to work please.”

“Are you asking me to leave your office?”

“Well it’s work hours. You should be making yourself useful.”

“Badmus you’re the one talking to me like this?”

“Listen, I don’t have time for this Lagos big babes, real house wives of Lekki nonsense both of you are on about. I have a business to run and I will not have you or anyone else being a nuisance during work hours. Is that clear?”

“That would be yes sir!”

I took one last look at him, turned back and went back to my office. I was more confused than ever. I didn’t know whether to believe Teniola or Badmus.

Teniola seemed rather convincing, plus she had enough evidence to prove that what she was saying was true. But Badmus got very angry and worked up that I accused him of sleeping with her. Maybe he was right. Maybe he didn’t buy her that car. I mean Badmus had never lied to me about anything. He wasn’t going to start today.

I entered the office and used my eyes to search for Teni. She wasn’t at her desk. She was probably gossiping with Fayokunmi as usual. I walked quietly to my office because I was trying not to make a scene.

Badmus was already angry with me for fighting in the office and distrusting him. I was not about to start shouting because Teni was not at her desk and cause more trouble.

Two hours later, Teniola still had enough shown up. I had been momentarily checking for her at intervals, still no sign. So I walked out of my office and went towards her desk.

“Where is Teniola?” I asked the girl who sat beside her.

“She is not around.” The girl answered.

“Can’t I see that? Am I blind? Where did she go” I retorted.

“I don’t know. Her friend came here and practically dragged her out.”

“That witch!” I cursed under my breath.

“Do you have an idea where they went?” I asked her.

This nonsense had to stop. Fayokunmi couldn’t be walking into my office at will and disrupting work. I didn’t want to start another scene so I decided to go and report to Badmus. At least he would know that I was trying to make things work.

I marched out of the office and went straight into Badmus’ office. His mean secretary was at her desk, as usual.

“You have come back?”

“Is your oga around?”

“Well tell him I need to see him now!”

“Ehen. Sit down and wait now.”

“I’m sure if you call him and tell him I am here, he’d see me. It’s pretty important.”

“Your wahala is too much. Did I have water in my mouth when I said he is with someone? You better sit down and wait.”

Just as I turned around to sit down, Teniola walked out of Badmus’ office. She looked haggard. Her dress wasn’t buttoned properly, her hair was scattered, one of her brows had been wiped off and her lipstick was smudged. There was only one explanation for that look. SEX!

Did she just have sex with Badmus in his office? There was no way that was the case. Badmus had assured me that nothing was going on between them. I needed an explanation and I was going to get it. Her annoying voice brought me back to real life.

“Obviously. Where have you been for the last two hours?” I queried.

“I’ve been… around?” She answered.

“Why do you look like you were hit by a trailer?”

She looked down at herself and noticed her wrongly buttoned dress. As she did her buttons, she answered,

“It must have been a mistake.”

I walked to the secretary and asked,

“Please do you have a mirror? Compact mirror or something?”

She picked up her bag from the floor, looked through it and brought out a compact mirror.

“Thank you.” I said as she handed it over to me.

I walked back to Teni and gave her the mirror.

“Look at yourself.” She looked in the mirror.

“Why are you walking about like this?” I asked.

“So I can’t walk around in peace again? Can’t you just let me be for once?” She said.

I sized her from head to toe, snatched the mirror from her hands and gave it back to the secretary.

“That’s your business Onome.” She said as she walked away, leaving me standing there.

I barged into Badmus’ office only to find him buckling his belt and adjusting his shirt. His shirt was torn and all the buttons were off. My biggest fear had been confirmed. They had just had sex.

“What are you doing here?” He was bewildered.

“Badmus you told me nothing was going on between the both of you.”

“I have no idea what you’re talking about.”

“Badmus, do you think I am a fool? Do I look stupid to you? First it was Teni who left your office looking haggard. Now you’re standing here, buckling your belt with a torn shirt. You think I don’t know what just happened?”

“Whatever you’re thinking is just a figment of your imagination.” He said.

“Figment of my imagination? Badmus, you just had sex with another woman. After assuring me a few hours ago that you didn’t have anything to do with her. Now I walk in here and see you like this. What do you think I am imagining?” I was hurt.

“Look you need to calm down…”

“Calm down? I catch my man, red handed, cheating on me and I am supposed to be calm?”

“Your man? Cheating on you?” He laughed.

“Very funny Onome. Very very funny. Considering the fact that you’re just a side chick. I don’t belong to you or Teni. This thing between us is just sex. Get over yourself!”

“So you’ve admitted to sleeping with her?”

“I owe you no explanation as to who I sleep with. You’re just another side chick, like Teni. Good Lord, your drama is too much. Teni is a lot easier to handle. No hassles, listening ear, calm spirit and let’s not even forget the great sex.”

Tears were already falling from my eyes. This was a man that I was starting to love and then he decides to start sleeping with another woman. He didn’t pick any other woman, he picked Teni, Teniola Ayorinde, my worst nightmare.