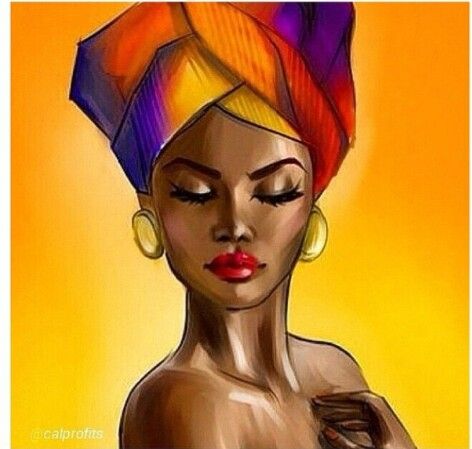 Your favourite girl is back guys. This time, with an apartment in Maitama, Abuja and a Toyota Rav 4, 2010 model. You want to know how I got it abi? No wahala. You know I always bring all the gist to you while it’s steaming hot. So here it is…

Last season, I decided to become a full time side chick. I met Lade, seduced him, straffed him and got dumped. Then I met Emeka, bumped into Lade again, took my revenge by breaking his relationship. Followed him to give him moral support, got caught by my mother, was disgraced publicly, flogged by my father and told to move back home. Graduated from uni with a second class upper and fortunately got posted to Abuja for youth service.

I arrived Abuja with the biggest dreams to ‘blow’ in my side chick business. As the nation’s capital, there had to be rich men scattered all over town that needed side chicks and I was going to find me at least one, or maybe two. I had to make the best out of presence in the capital, but I didn’t know where to start from. I didn’t know anyone in town, except an annoying aunty who lived on the outskirts and had the habit of making everyone’s business hers. I didn’t even plan to tell her that I was going to be serving in Abuja, but trust my oversabi basket mouthed mother to run blabbing to her ‘Ify is serving in Abuja o. Help us take care of her so that she doesn’t get into trouble’, as if I am a small child. I already decided that the woman wasn’t going to see my brake light throughout my stay in Abuja. I planned to survive without her. After all, I wasn’t the first, and I wouldn’t be the last to come to Abuja without knowing anyone. My father in heaven was going to provide all my needs.

Orientation camp was hard and annoying. I had to wake up as early as 3am everyday to prepare so I could meet up with all the camp activities for the day. Then all these useless soldiers were not even helping matters. There was the one that was always forming hard guy for person, screaming and shouting up and down, because they gave him small authority. There was the one who was always angry and picking on me for no reason, as if it was me that told his wife not to straff him the night before. There was the one that was always forming familiarity, you know all these people that you give them handshake and they want to reach your armpit. It was really stressful, no jokes.

The good thing was that there were guys that gave me their mumu button on a platter, so there was always someone to buy me food every single day. The best part was never having to stand on queues when I got to mammy. There was always one guy that wanted to form nice and stand in my place. When I got the food, I would just put my ear piece on and walk away while the guy was trying to make small talk. Then I met this girl, her name was Sophie. Now if you’ve noticed, friendship isn’t really my thing. I don’t have power to be stringing anybody along, then the same person will now still betray you last last. But Sophie was just like me. Beautiful, lone ranger, mama for the boys and proud. Very proud.

I met her one day when one guy was harassing me because I refused to give him my number. She came to us and shouted at him, saying her father was one of the soldiers in charge of the camp, and she would get him punished if she ever saw him harassing anyone again. I thanked her and we hit it off immediately. Like me, she didn’t have any friends in camp either and she was mostly on her own. We soon became best guys because we were so similar. We had the same taste in fashion, cars, lifestyle, everything, so we understood each other very well. According to her, her family was very rich and they had a few companies here and there. She told me that she was going to serve in her father’s company in Abuja, before taking over the management of the place upon completing her NYSC.

Then I remembered that I didn’t even have anywhere to go after camp was over. What if they now send me to go and teach in one public school, worse still, near my aunt’s house? My mother will now say I should go and stay with her. Tufia. I mentioned to Sophie that I didn’t want to be posted to a school for my service year and I didn’t know any other place in Abuja that I could work in, even if I wanted to. So she suggested that if I was posted to a school, I could get the school to reject me, then she would get me an appointment letter from her company. Ope o. God was working in my favour. I started praying for them to send me to a school so that I could get the opportunity to work in a better company and earn a reasonable salary, at least, before I find a maga.

As God will have it, I got posted to a school, Government Secondary School, Garki. I reported to the school and begged them to give me a rejection letter so I could take back to camp. After the proving difficult, the nonsense principal finally agreed to give me a rejection letter, not without collecting money from me. I took my rejection letter from the school and my letter from Sophie’s company to the NYSC secretariat. Things were falling into place, the only thing pending was accommodation. I didn’t want to ask Sophie for help again because I didn’t want her to look at me like all those charity cases that she had to help with everything.

So on the day we were to leave camp, I gathered my things together and waited while she gathered hers. Before she was done, her driver had already come to pick her and he was waiting for her outside. ‘Naya, where are you going? So I can drop you off before going home.’ She said. ‘I really don’t know. I was going to find a cheap hotel in town to spend the night, then travel back to Lagos tomorrow’ I replied. She laughed and said ‘You can’t be wasting money on hotels when you have me. Come on, you can spend the night at mine, then go home tomorrow’. ‘I really don’t want to be a bother to you and your family Sophie. If you can just take me to an affordable hotel, I will be fine’ I answered. ‘No babes. I insist’ she said. ‘Besides, you’re not inconveniencing me or my family. I’m the only one who stays in the house here, well apart from the domestic staff. So do me a favour and come keep me company’ she added. Toh. Who am I to say no to such an offer?

We arrived at her house, sorry, mansion in Asokoro, a little after 7pm. Mehnn, that house was huge. The entire compound was tiled, with 3 exotic cars in it. To think that this wasn’t even the main house o. So how will their family house in Lagos now look? We came down from the car and we were welcomed by the staff who took our bags out of the boot and took them inside. As we walked into the living room, she said ‘Feel at home Naya. This house is as good as yours too’. Just as I was about to reply, a portrait on the wall gave me shock of my life.

30 Comments on The Lagos Side Chick S2E1