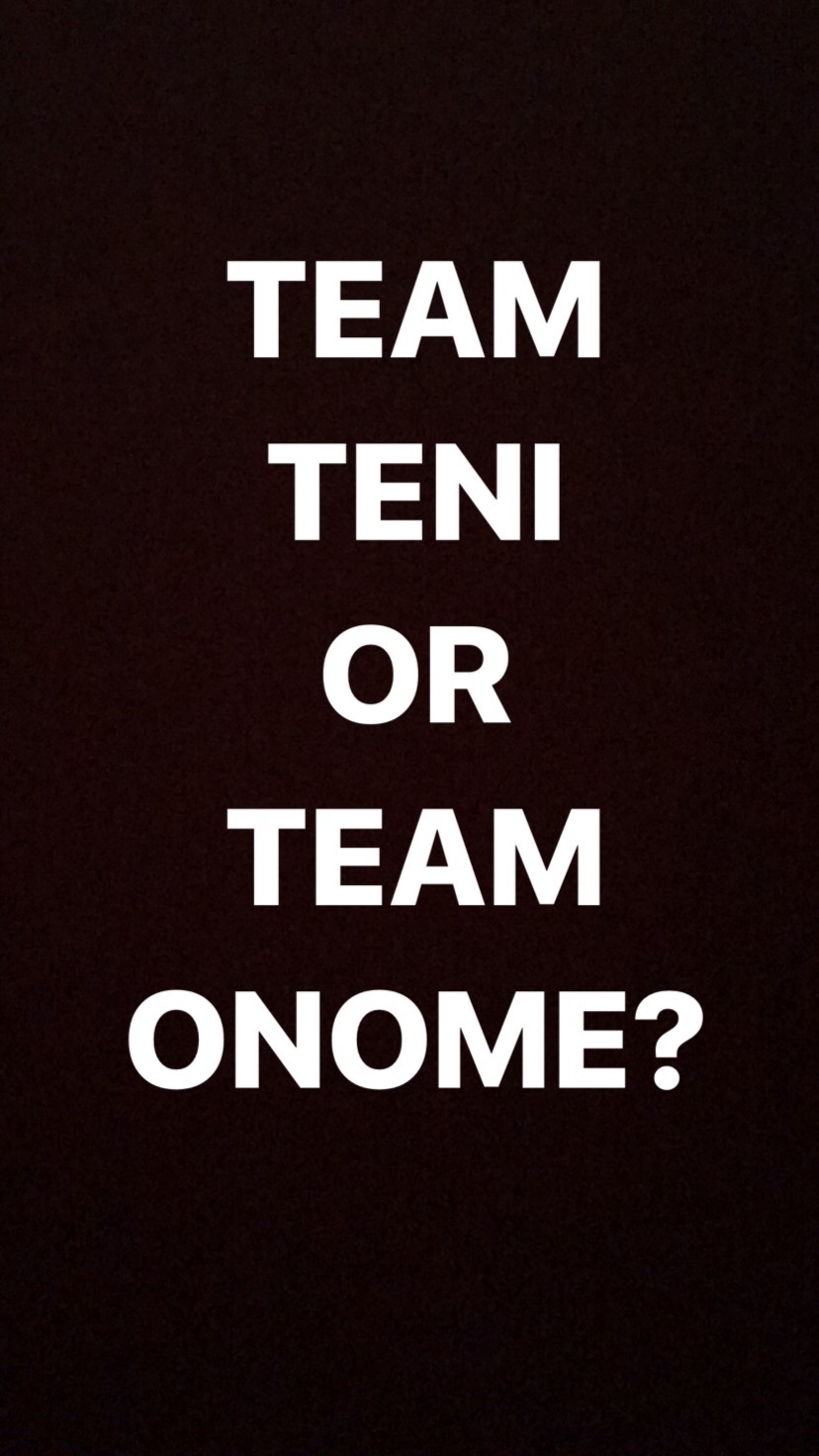 “So how is work? Any new thing happening?” Badmus asked me as we got to the office.

“Work’s fine. Today was just a little hectic. I just want to go home, jump in the shower and sleep.” I yawned.

“Hectic? Onome, you don’t do half the work there. What am I even saying? You don’t do any work at all, Teniola does it all. So why is work hectic all of a sudden?”
“Ahhn Badmus. Give me some credit please. I actually get a lot of work done. You think running a department is easy? It….” I was offended.

“Babe. I run a full company with over 7 departments, so what are you saying?” He laughed loud.

“As I was saying, work just increased today, because now I have to do Teni’s job till she gets back. I didn’t realize that it was a lot. Christ.” I continued

“Where did Teniola go? Leave?” He asked.

“No o. I had to suspend her abeg. She was becoming too incompetent, coming late to work and still acting like the department can’t function without her. Nonsense.” I said.

“You suspended her?” Badmus had a look I couldn’t place. It looked like a mix of surprise, shock and anger.

“Ehnn now. For three weeks. By the time she stays at home doing nothing, she will learn her lesson.” I hissed.

“For three whole weeks? Duro duro. What exactly did she do?” He said.

“Ehnn. She kept coming late now. I was always getting to the office before her. I mean I am the boss. Anyone who comes after me is tagged a late comer. Plus I know she was doing it purposely because she wanted to show herself. Walking up and down like she owns the place.”

“I remember you once shaded her about living in Agege. Am I right?” He said.

“What does that even have to do with anything?” I rolled my eyes.

“Just answer my question!” He shouted.

“Why are you now shouting? Ehnn, she lives in Agege and so?”

“Really Onome? We both know that getting to work early from that place is difficult. Traffic around there is something else.”

“I don’t know anything o. Do I live there? You’re talking as if I sanctioned her without pardon. She has done that many times. If I let her off the hook, what would the other staff think?”

“Madam. It’s not like you come to work early. Some days you don’t resume till 11am. Has anyone ever sanctioned you for that?”

“Badmus. This is not about me. It’s about Teni. She was misbehaving and deserved to be punished.” I shouted.

“This is about you my dear. You are supposed to be leading by example. Not punishing someone else for the same crime you commit. I mean she has a reasonable excuse for resuming twenty minutes late. You nko? Don’t you live in Ikoyi here? So why do you resume three hours late?” He asked.

“Cat got your tongue now? If I remember clearly, one of the reasons you gave for wanting a luxury apartment in Ikoyi was proximity to the office, but look what we have now. You don’t show up early at work, you delegate most of your duties to Teniola and you still treat her badly. You know that this job you have belongs to her right? But I made sure you got it because you wanted it. I thought this was just petty office rivalry, but you have just taken it a step further and I won’t take it. I won’t have anything going wrong in my company because of some petty nonsense.” He shouted.

“I don’t understand. How is something going to go wrong because I suspended Teni for three weeks? Don’t people from other departments go on suspension everyday? Why is her case different?” I was confused.

“Are you seriously asking that? Teniola does virtually all the work in that department. You assign your own duties to her to carry out, then you come and brag at board meetings. So now that she isn’t around, how are you going to cope?” He questioned.

“Wait o. You are talking to me like this because of that insignificant thing? You’re implying that I am incompetent because of Teniola? I cannot believe this.” I said.

“See ehnn, if you don’t want me to get angry with you, you better call off that suspension.” He said.

“And if I don’t? What will happen? See Badmus, you can’t come and tell me how to run my department. I have been running it for months and nothing has gone wrong. I am not calling off that suspension and I’d be fine without her.”

“Onome. I am talking to you as your boss. Call off that suspension.” He said calmly.

“It’s past 9pm. I don’t take office orders after closing time. If you want to call off the suspension, do it yourself.” I said.

“You really want me to do it myself?” He asked. I nodded in affirmation.

“Fine then. Give me her phone number. I’ll call her immediately and tell her to resume work tomorrow.” He said.

“You wouldn’t dare. I am not giving you her number. Find it yourself.”

“Alright then. You leave me no choice. Please get down from the car. I would like to go home now.” He said quietly.

“I don’t owe you an explanation about how I deal with my staff. When I take action, you’ll be the first to know. Oya come down jare.” He said.

“Badmus. It’s me o. Your Onome. This matter is too small for us to be fighting over like children.”

“Onome. I told you today is my daughter’s birthday. Let me go and be with my family. Come down. We will continue this discussion tomorrow.” Badmus said as he unlocked the car.

I gave Badmus a long stare and alighted from the car. I walked to my car, got into it and drove home. As I drove, I replayed our conversation, or rather, argument in my head. Badmus had actually shouted at me because of Teni. Teniola had succeeded in not only making me miserable at the office, but also in my relationship. I thought I would have peace with Teniola gone, but Badmus wouldn’t let me. Forget my sharp tongue o, I couldn’t afford to be on Badmus’ bad side. I had to reconcile with him before things got out of hand.

When I got home, I showered, cooked and ate. All the while, still thinking of how to reconcile with my man. As I got into bed, I got a brilliant idea and only one person could be at my service. So I called her and I couldn’t believe what she said.