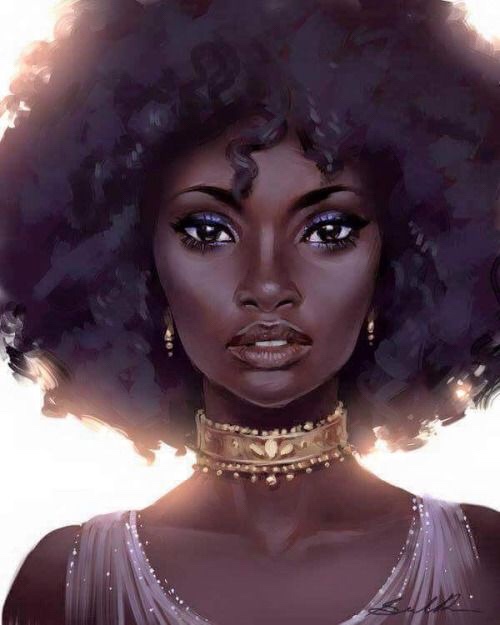 I couldn’t believe my ears when Teniola told me that Badmus had called her and asked her to return to work. The worst of all was that she mocked me. A whole me, her boss. Badmus had given her liver to talk back at me. I was both pained and angry.
I realized that if I wanted to be in charge every time, Badmus had to be on my side. Just in one night that Badmus and I fought, Teni was already standing on my head. I knew that if I didn’t resolve my issues with Badmus, things would go south for me. I had to plead with him, something I had never had to do. All because of Teniola.

I decided to find a new way of dealing with that girl, as office drama wasn’t good for me or my relationship. But first, I had to get Badmus back. I thought about calling him that night but it was was already past 10pm, so I resolved to wait till the next morning. I was going to call as soon as I woke up.

I lay on my bed, but sleep was very far from me. I replayed all the day’s incidents in my head again. I left my house feeling like a queen, but I had returned home, feeling like a servant. Badmus didn’t even remember that we had just had sex before he found out about this Teni thing. I learnt that night that sex didn’t mean anything to Badmus. We had just shared a passionate moment minutes before and he still showed me his red eye during the Teni fiasco.

I set my alarm for 6am and soon slept off. The next morning, I woke up even before my alarm rang. After looking through all my social media accounts and catching up on Linda Ikeji blog, I went to shower. By the time I was done, it was already past 6am. Badmus should have been up, so I decided to call him. His number rang twice before it was picked up.

It was the voice of a woman. It had to be his wife. I had never met her before or even seen her picture, but she sounded like a polished and refined woman. She spoke in a clear British accent.

“Hello. Are you there?” She said again.

I thought about what to say for a bit. I had to have a valid explanation for calling her husband’s line at past 6 in the morning.

“Good morning ma. Please I’d like to speak to Mr Kolawole.” I finally spoke up.

“My husband is not here right now. Do you want to leave a message?” She asked.

“There’s a bit of an emergency at the office. I just wanted to let him know.” I told her.

“Emergency? Hold on. Let me get him” She sounded so concerned. She must either be naive or too trusting to believe my story about office emergency. No woman I know would just swallow my lie hook, line and sinker. The lie even sounded stupid to me.

“Badmus. Darling. There’s a call from the office. The lady says it’s an emergency” I heard her shout.

“At 6am? What happened? Did the office catch fire?” Badmus asked her as he drew nearer to the phone.

“How would I know? She didn’t tell me the nature of the emergency. Here” she said.

“Hello Badmus. I can hear you. Can you hear me?” I said eagerly.

“Hello. Your network must be terrible. Hello”

Before I could say another word, he hung up on me. I was confused. Did he hang up because of his wife or because he was still angry at me? While I was in thought, he sent me a message. It read,

“What were you thinking calling me at 6am? I’ll call you as soon as I get out.”

At least I knew that it wasn’t anger that made him hang up. I proceeded to make breakfast. I was determined to show up at work on time, so that Badmus would know that I was competent. I had breakfast after which I went to apply my make up. Even with all my worries, I couldn’t afford to look an inch from gorgeous. As I was drawing my brows, my phone rang. It was Badmus.

“Aunty. What were you thinking calling me at 6am?” He scolded.

“Baby, I’m so sorry. I wasn’t happy with myself that you were angry with me. That’s why I wanted to resolve the issue quickly.” I said.

“And you couldn’t wait for me to come to work so we could talk about it?” He still sounded angry.

“I wasn’t thinking. I’m sorry. I wanted to tell you that I had asked Teni to resume, but she didn’t agree. She even said you had called her.”

“Yes I did. She also refused when I spoke to her. Saying she didn’t want to disobey her direct boss.” He said

“At least we tried. She clearly doesn’t want to come back to work yet.” I shrugged.

“But babe. I already apologized now. I’m sorry. I’ll make it up to you. Don’t worry, the department won’t feel her absence. I promise.”

“Who said? She was doing all the work now”

“I already told you I could handle things. To show you how serious I am, I am already getting ready to leave the house sef.” I said proudly.

“You’re leaving the house at past 7? It’s a miracle.” He laughed.

“Well change is constant love.” I replied. I was happy to hear him laugh. At least I knew he wasn’t angry with me anymore.

I was overjoyed. He called me darling. I had gotten my man back.

“Ok then. See you at the office?” I asked gladly.

Just as I was about to hang up, I heard him call someone and it didn’t sit well with me.