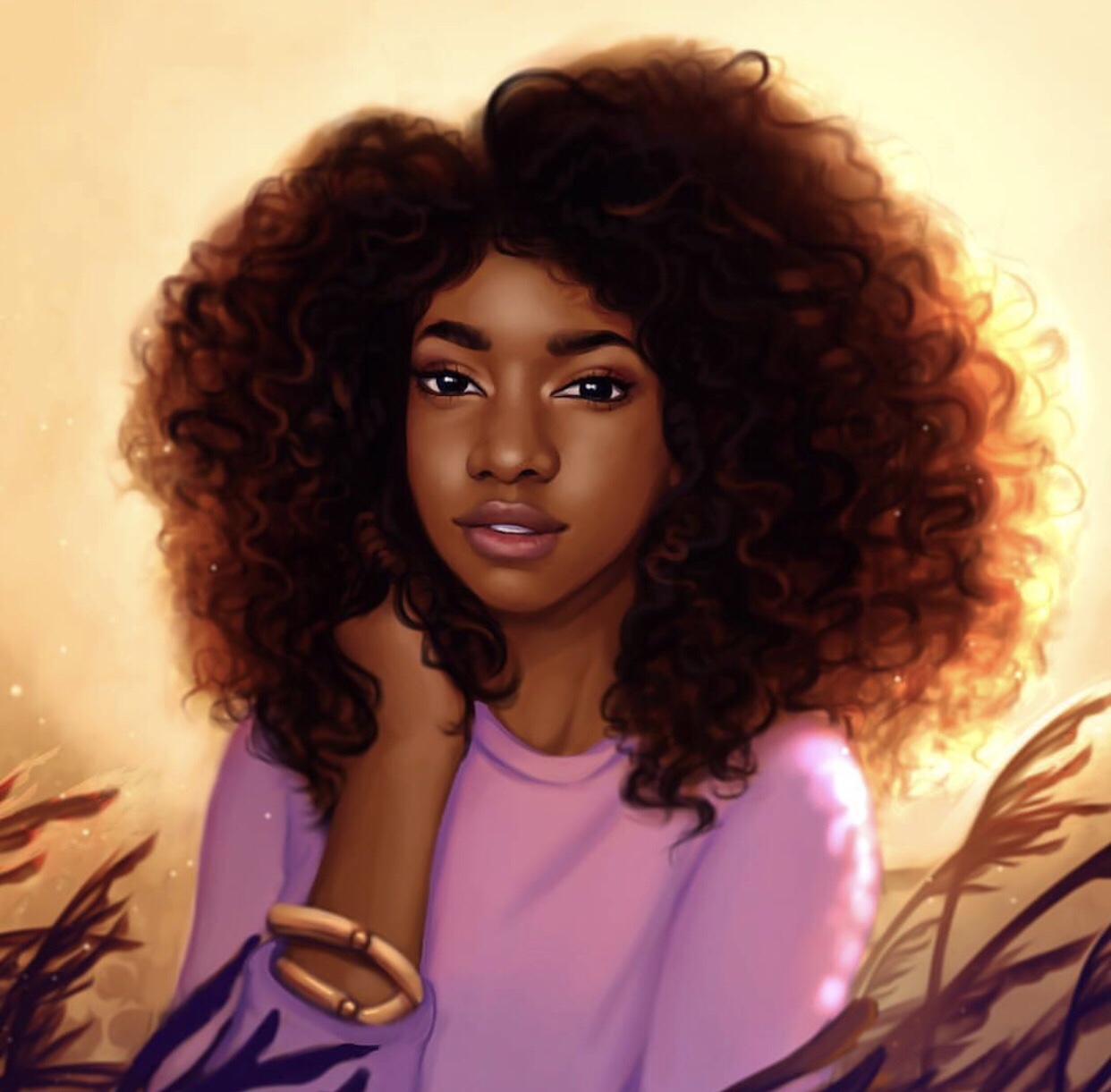 I woke up that fateful Monday morning feeling like a queen. Everything was right with the world. Well, almost everything. Badmus had been so distant from me. He wouldn’t resume work till 12pm sometimes, then he would close at 4pm and vanish into thin air. When I go to his office to look for him, he would either be in a meeting, too busy to see me or not even around at all.
After keeping up silently for a week, I complained about it. He said he was too busy and was always tired at the end of the day, that’s why I never got to see him. I let it slide.

I finally managed to see him one day as he was walking out of the office.

“Sir sir.” I shouted as I hurried to catch up with him. I couldn’t be shouting his name anyhow in the office before other people will start looking at me with side eye.

He stopped and turned to see who it was. I could see the disappointment written on his face when he saw that it was me.

“Yes.” He said as I approached him.

“What’s the problem?” I asked in hushed tones.

“I feel like you’ve been avoiding me. You don’t pick my calls anymore or even reply my texts. I hardly see you. What’s the problem?” I said, worry glaring on my face.

“It’s nothing love. It’s just that I have a lot of work on my table these days. Plus my wife has been a little under the weather. So I have to get back home as soon as I can everyday.”

“Aww. What’s wrong with her?” I asked, feigning concern.

“Ermm. Ermm. Typhoid and malaria. But she’s getting better now.”

“Thank God.” I said with a sigh of relief. I wasn’t relieved that she was getting better. Which one concern me? I was relieved because I was glad that Badmus would have my time again.

“Yes. Look I’m sorry that things haven’t been great between us. I’d make it up. I promise.” He said.

As we were talking, his phone rang. He picked it up and said,

“Onome I have to go now. I’ll call you later.” He walked away before I could even bid him farewell.

That morning, I felt extra happy with myself for some very weird reason. Reason being I was proud of myself for always getting to the office before 9am. Since Teni’s suspension, I had become a more responsible boss, to show everyone that I could run my department well without her and I was doing well, if I do say so myself.

Just as I decided to take my time before heading to work, I remembered that Teni was supposed to resume work that Monday morning.

“My problems are back.” I lamented to myself.

I decided to get to the office early enough to give her a wonderful welcome back to my kingdom. So instead of taking my time as I had planned, I did my make up in a hurry, then picked out my best dress and headed straight to work.

I arrived at the office at 8:30am, feeling on top of the world, as I jammed to Beyonce’s Upgrade you. As I was about to park, I noticed a white Benz driving in behind me.

“Who owns this bad boy?” I asked myself as I parked. I had always wanted something like that, but Badmus insisted on getting me a Rav4 first. The glasses were tinted so I couldn’t see the driver.

As I came down from my car, the driver’s glass came down. To my horror, it was Teniola. I was in shock. Teniola ke? How? When? Where? Who gave her money to buy car? I was not understanding how she could be driving such a luxury car. Teni was just one of these struggling Lagos girls living in Agege. How did she afford such a ride?

“Oh good morning Onome.” I heard her say, with a smug smile on her face.

“Go…oo..d mo…rn..ing.” I heard myself stutter. Why did I have to give my shock away like that? I should have just ignored her greeting and walked away indifferently. But no, I just had to show myself.

The worst of all was that she now asked me to watch her back so she could park. When did that one start? Me, Onome Aburu, should do menial job for Teniola Ayorinde. She must have been mad to think that I would do it for her. My mind was telling me to walk away and act like I didn’t hear her. But my she shouted my name twice, my legs betrayed me and walked to the back to keep an eye while she parked. Stupid legs.

When she was done parking, I made up my mind to save my remaining pride and walk away, but aunty didn’t just let me be great.

“Please wait for me. Let’s walk in together.” She requested again.

Which day did we start strolling into the office together? Well on a second thought, I was hotter than her, so if we walked in together, I’d still be the diva. Forget that her face was heavily beat, I was the ultimate body goals.

Only for aunty to step out of her car and shatter me completely. She looked different from the Teni I knew. Even though I hated admitting it, her waist was snatched. She was a proper figure 8 now and she was flaunting it very well. She wore a red body con dress that accentuated all her curves. Meanwhile, my idiot self was wearing a skater skirt.

I was losing it already, but I pulled myself together and began the walk into the office. Then she said again,

She was already getting on my nerves with her obvious show off and just as I was telling her to go back and lock the car, she pressed the remote and boasted about how she could lock her car from anywhere. Who asked her? My car can do that too. Big deal?

I walked ahead of her so she wouldn’t be able to talk to me again. But trust her to start running her mouth.

“So how was your weekend?” She asked.

“Fine.” I replied coldly as we passed the security check point. I wasn’t about to start giving her details like we were best friends.

Without even asking her, she started running her mouth and telling me about her weekend. At that point, I reached my limit. I had swallowed too much for one morning.

“Listen! It’s too early for you to start talking too much. I don’t care how awesome your weekend was. Keep it to yourself.” I scolded.

She looked at me in shock and apologized. Just as I was reveling in my small victory, her phone rang. She brought it out from her bag and it was an iPhone X. A phone that just recently came out. I was still using the 7 and begging Badmus to buy me the 8 and small Teni was using the iPhone X.

This had to be it. There and then, I decided to find out where Teni had gotten so much money to afford the baby girl lifestyle. It definitely wasn’t her salary and Fayo couldn’t have borrowed her all the things she was showing off with. How did she even get such a banging body in three weeks?

We finally arrived on our floor and as I came out of the elevator, I headed straight to my office. I didn’t want Teni to start vomiting nonsense again.

Alas, I was wrong, she spoke to me again.

“Have a nice day Onome.” She said.

Of course I snubbed her, walked straight into my office and shut the door.

As I was settling in, I looked out of the office through my glass door. Everyone had left their desks and gone to welcome Teni. The same people who don’t even greet me when I resume work everyday. It was like I was invisible. They were paying her all the attention and I couldn’t let that happen.

I picked up the desk telephone and called her to come into my office. I was going to create work for her, so she wouldn’t have time to show herself.

She walked into my office and just as I was addressing her, her phone rang. I continued talking because I didn’t think she would dare pick up.

Ladies and gentlemen, she cleared my doubt and picked up. My whole body was in shock. She actually picked her phone and started talking like I wasn’t there. My head was getting hot from rage. Then she did the worst. She excused herself and walked out of my office. The effrontery! I had a good mind of walking to her, collecting the phone and smashing it. I had to restrain myself so as not to cause more trouble.

When she was done talking, I stormed out of the office.

“What was the meaning of that stunt you just pulled?” I asked.

“You really don’t understand?” I asked in anger. She had to be joking. Did she think what she just did was right?

Everyone was already looking at both of us from their desks.

“What gave you the right, the audacity, the impetus, to receive a phone call while I was talking to you? Are you mad?”

“I said are you mad? I was talking and your phone rang. Not only did you pick it, you now excused yourself, without permission and left my office. When did that one start? Are we mates? Do we share the same open office? Or you think because you now drive a Benz, then you can do whatever you like?”

Then one unfortunate idiot, that God will punish for me now asked,

“You must be stupid! Very stupid to interrupt me with such a foolish question!” I screamed at her.

“You better be. As for you, one would think that you would come back better after being suspended, but no, you seem to have forgotten your manners in that slum you come from everyday. Or maybe you locked it in your new car. The very next time you try the rubbish you just did, that will be your last day in this office. I promise you.” I said to Teni.

Then I heard footsteps and things went downhill from there.

36 Comments on Side Chick Wars- Filler