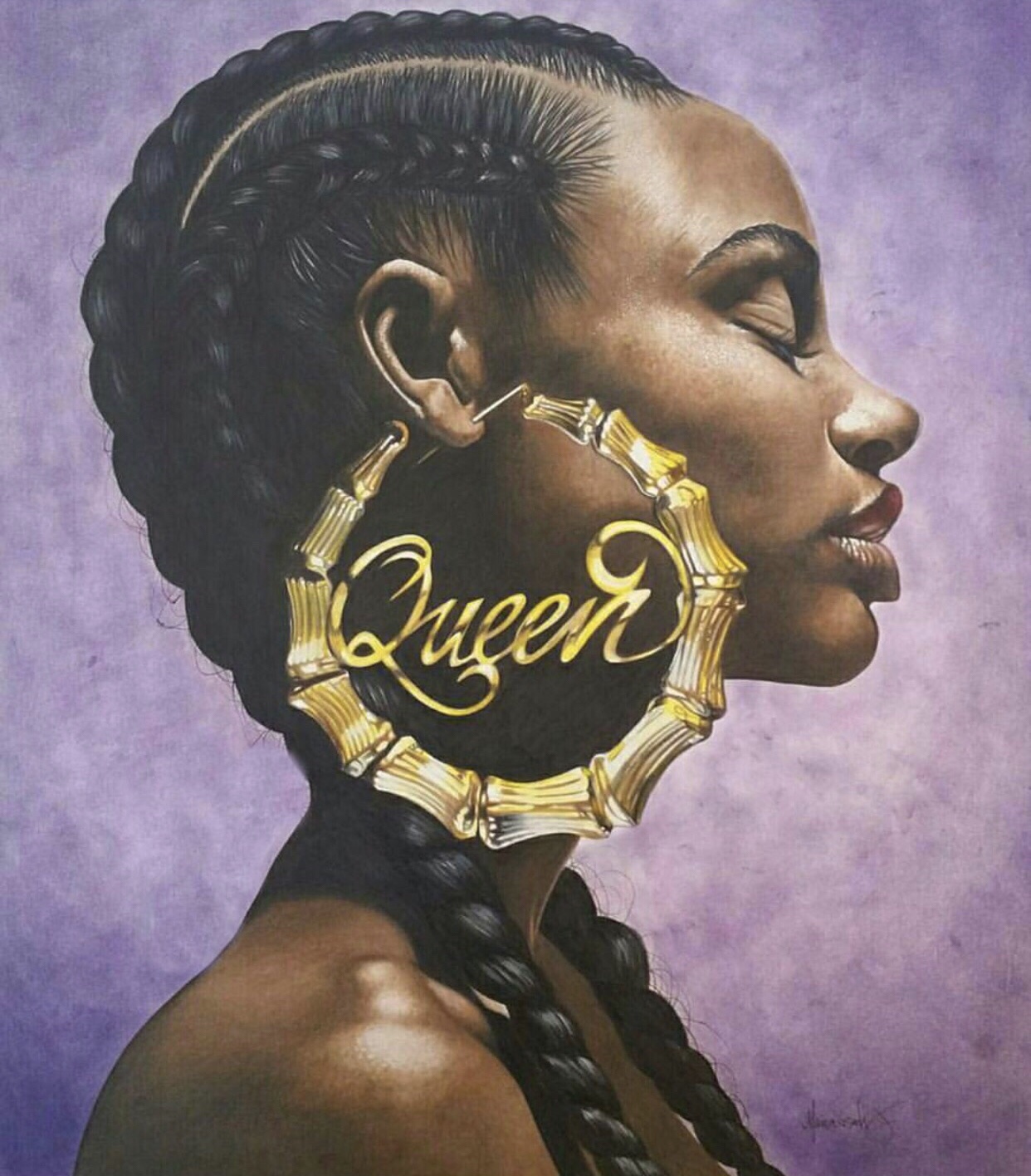 From the look on Badmus’ face and the way he quickly disengaged, it was obvious that she was his wife. She walked into the office in all her glory. She gave him a kiss and sat down. She looked like she was in her mid or late thirties. She was a beautiful woman with a beautiful smile. Fair and slim. Her perfume smelt expensive. Even more expensive than Onome’s.
Her skin looked like polished wood and her hair was well laid. She looked like a diva.

I thought to myself,

“What was Badmus looking for in Onome when he had a woman like this at home?”

The next thing that went on in my head was,

“Even you sef, what is he doing with you?”

Trust my correct side to speak out.

“This aunty may be hot, but I’m obviously hotter.”

I fully understood why he is with me. But I didn’t understand why he ever dated Onome.

“Darling, what are you doing here?” Badmus finally found his tongue.

“Oh. I was in the neighborhood and I decided to stop by. Something wrong?” She said in her British accent

“Absolutely nothing. It’s always good having you around.” He smiled.

“Forgive my manners.” She said as she turned to me.

“My name is Simi. Do you work here?” She added.

Obviously. If I didn’t work there, what was I doing in her husband’s office?

“Honey. Don’t the people in HR have work to do? They’re always in your office.” She said facing her husband.

I was sure it was Onome she caught the last time she came.

“Of course they do. I was just settling an issue.” Badmus answered.

“Yes yes. I have it under control.” He reassured her.

Which one concerned her with what was going on in the office?

“No problem sir.” I walked out.

As I was walking out, I heard her ask him,

“When did you start discussing with your staff?”

Fayo was nowhere to be found. Somebody that I left for a few minutes had disappeared as usual. I walked to the elevator and went straight to her floor. I badged into her office and saw her working on her laptop.

“Well done o. You just left me there.”

“Don’t shout abeg. My oga is around.”

“You’re mad. You came to my own office to cause wahala but you want me to keep quiet in your own office abi?”

“See I have already entered trouble today. One strike. I am not about to enter another one and give them reason to fire me.”

“What happened? Did you para for him?”

“Yes now. Before nko? I told him to stop humiliating me in front her. That I won’t take it again.”

“Ehen! As you have cleared him now, he knows not to treat you anyhow.”

“Abi o. I even told him to choose between Onome and I. So that there can be peace.”

“Didn’t you just hear me? i said I told him to pick between Onome and I.”

“Are you mad? No, is something wrong with you? Is a knot loose in your brain? How will you tell him to make a choice?”

“I thought it was the best thing to do now. So that we can know who the actual side chick is.”

“Aunty. You’re always rushing. Your gra gra is about to put is on trouble. What were you thinking? Now uncle will think that you are catching feelings and will go back to Onome.”

“But I have been using my kayanmata since. He’d definitely pick me over Onome, any day, any time.”

“That’s not the point. The fact that you have bought all the kayanmata in Lagos doesn’t mean that you should be pushing your luck up and down. So who did he finally pick?”

“He didn’t get a chance to pick anybody o.”

“His wife walked in.”

“My exact reaction when I saw the look on Badmus’ face.”

“I hope she didn’t catch you people doing anything o.”

“Luckily, no. But Fayo, if you see that woman ehnn. Jesus! I was even asking myself why Badmus would chase Onome when he had a wife like that at home.”

“See pot calling kettle black. You did not ask yourself why he is following you?” Fayo laughed.

“Abeg o. It’s obvious why Badmus is following me now. See all my package front and back. Even without kayanmata sef, he would still pick me over both of them.”

“Stay there and be deceiving yourself.”

“That one is for your pocket. Wo, I am going to my office, before Onome will find another reason to fight me.”

I went back to my office and immediately I sat down, the lady next to me said,

“Onome has been waiting for you since.”

I looked towards Onome’s table. She wasn’t in her office.

“So where has she gone to know?”

“How will I know? Am I her guardian angel?” She hissed and turned back to her desk.

Onome walked in soon after and gestured for me to come into her office.

“You called me?” I said as I entered the office.

“Yes. You’re going be working a few extra hours to make up for lost time.”

“Actually, there is. Why am I the only one who has to work extra hours? What’s happening?”

“Well if you and your friend didn’t cause that stupid scene here, you wouldn’t have to.”

“Ok. No problem. But I hope you’re working extra hours too? Because you contributed actively to whatever happened this morning.”

“You’re not in a position to tell me what I can and cannot do.”

“Not yet at least.” I murmured.

“Excuse me? What did you just say?”

“I’m sure you heard me correctly.”

“I’m not even going to banter words with you. You’re working extra hours and that’s it!”

I myself didn’t know why I was provoking her. Something in my head told me to stop, but I didn’t.

“The worst you can do is run your mouth.”

“You’re wrong then. Because I can make sure you lose your job with immediate effect.”

“I know you’re a smart woman Onome. You won’t be that foolish.”

“Ever heard the saying, ‘keep your friends close and your enemies closer?’”

“Let’s analyze that statement. You’re obviously not my friend and you’re too insignificant to be my enemy. So what are you playing at?”

“Did you say insignificant?” I laughed.

“Will I still be insignificant if I told you I know who you’re fucking around here?”

“I’m not sleeping with anyone!” She said.

“Are you trying to reassure yourself? Because it’s definitely not me you’re talking to.”

“I don’t know where you and your low life friend heard that rubbish. I am not sleeping with anyone!” She insisted.

That statement hit her hard. She stared at me in shock and raised her hand in a bid to slap me.

“How dare you?!” She said as I grabbed her wrist.

“Don’t ever try to hit me again. In your entire life. Is that clear?” I warned.

She freed her hand from my tight grip and soothed her wrist with her other hand.

I looked out of the glass door to see people already staring at both of us.

“You need to keep this urge to hit people in check. You want to create another scene?” I told her.

“You have no right to tell me what to do. And don’t think you can hold me to ransom. Nobody is going to believe you if you say I’m sleeping with Badmus.”

“You want to test it? Try me again and see. Last last, one person will leave this Lagos for the other person and it’s not going to be me.” I promised her.

I turned to walk out when she opened her mouth again.

“You cannot threaten me in my territory. You have no power around here. I’m the one in charge.”

I turned back, looked at her and laughed.

“Listen to your shaky voice. You are not even sure if you’re in charge.”

“You might be in charge within this four walls, but the I’m in charge of the man on the fourth floor.”

“You’re not making any sense.” She rolled her eyes.

“Do I have to speak in your dialect before you understand? See why it’s so obvious that your brain didn’t get you this job? You don’t understand simple things.”

“Don’t insults me my friend!”

“I’m not insulting you. I’m only stating the obvious. Listen to me, you used to run things everywhere, but not anymore. I’m in charge now.” I said with confidence.

This time, Onome was the one laughing.

“You really want to know?”

“Of course I do. Hit me with it.” She said with a mocking smile.

“Fine then. You see that sweet ride parked outside? The white Benz I drove to work? Your Badmus bought it for me. Because I have been giving him fire pussy since you decided to suspend me.”

“Hold on. I’m not done yet. I’m the reason Badmus doesn’t have time for you anymore. I’m the reason you never see him in the office. Because for the past three weeks, he has been chasing the thing in between my legs like a dog on heat. You know why you haven’t been getting money from him? Because he’s been giving me everything. Remember I said two can play this game? Well we’re both playing it now aren’t we?”

She was no longer smiling. I had successfully wiped the smile of her face and with a tone of finality, I said,

“Listen Onome, there’s a new queen in town. How do you like me now?” I leaned in and gave Onome, who had sunk in her chair a victorious stare.

In a matter of seconds, she stood up and charged towards the door. She opened and marched out, completely ignoring me.

“Where are you going?” I asked as I followed her out.

Everyone was looking at both of us and murmuring to each other.

I walked back to my desk and sank into my chair. I felt victorious. Little did I know that I was going to spend a lot paying for what had just happened. The tables turned and it wasn’t a pretty sight.