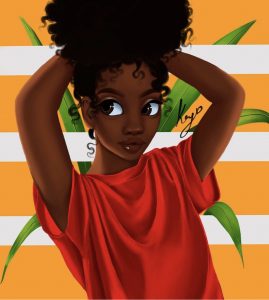 “Lade’s mother is a very good woman sha, God bless her.” I said.
“Who told you my brother’s name?” She turned and asked me.
Ghen ghen, I don enter, my mother had once said that my basket mouth will land me in trouble one day and now, the day had come.
Where will I start the explanation from biko? What will I say?