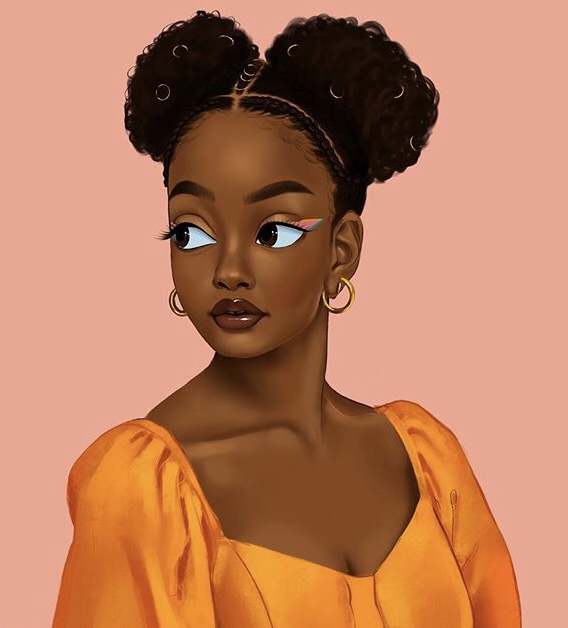 “So how are you Fowi?” I heard Tola ask Fowi.

“My dear, Lagos is there jare, I am just tired of it, the traffic especially, you won’t believe I spend almost one hour getting to my showroom in Lekki from Ikoyi. It’s just a mess.” She lamented to him.

“Lagos has not changed one bit.”

“Not at all o. In fact I was just telling your mother which day, that she shouldn’t bother coming back to that mad house o, let her just stay in the US.”

I heard all of them laugh. I was sure Demilade and Sophie were with them in the living room.

“It’s true now, that’s one of the reasons why Tolu never agrees to visit me.”

“I don’t know what Lade and Lamide see in that place. Lamide has refused to leave there for months.” Tola said.

“Lagos is where everything happens mum, not this Abuja, all they have are fast cars.” Lade chipped in.

I heard laughter again. See Fowi that I was thinking had sense o, somebody that had been gumming to me like ant to sugar, he was the one talking about other women, na wa. My mother was right after all,

“When a man has money, he automatically has a multitude of women, kpachara anya gi.” She had once said.

So Fowi’s plan was to join me to his battalion of females abi? Why was I even complaining? Which one was my own? They already said he cannot marry somebody like me so there was no need forming stupid jealousy for man that I couldn’t have. It’s better to join the battalion and be collecting money, after all, that’s why I came to Abuja. Since there are beautiful women in Abuja, there must be plenty money too and I intended to get my own share from as many men as I could lay my hands on.

“Speaking of women, Tolu was just telling me about your latest love interest.” I heard her say.

I had already figured from Tola’s lingo that she liked to feel like a young cool woman. She really wanted to feel among so that she could stay close to her children for as long as she could. A part of me wished she was my mother, or rather, that my mother was like her.

My mother was so absorbed in her generation that she failed to see anything that happened in the new generation. She wanted everything done the old fashioned style and she had refused to see that the world was rapidly changing around her. She would yell and scream at you if you even dared to talk to her about a boy. Meanwhile see Tola her mate, talking to her children about women and love interests.

I didn’t blame my mother, rather, I blamed our averageness as a family. Maybe if she was more exposed when her mentality was getting shaped, she would have had a view different from what her parents had taught her. Her parents had sold their own values and ideas to her as the only right thing and that’s what she was trying to do to me too. If she wasn’t so average, she would have at least travelled to other countries, met other people and learned to improve her values.

Now here I was, torn between two worlds. On one side, trying to rise above my mother’s mediocre mentality and values, even though she didn’t want to let me. On the other side, I was struggling to fit into a totally different world, a world that seemed enclosed already, where tickets had been sold out and no admittance was allowed.

It looked like I was left with only one choice, to stick with my mother’s beliefs and values, to go along with the way she wanted things to be but I refused to take it. I was going to to do everything possible to belong this new, powerful world. I didn’t care how I was going to penetrate, whether by marriage or as a side chick, I was determined to get in.

“Olufowobi, I have heard the story so there’s no need to hide anything, talk to me jare.”

“I honestly don’t know what you are talking about.”

Heii God o! If Tola asked Fowi about his love interest and he couldn’t quickly deduce that it was me she was talking about, then it meant that he didn’t even take me that seriously. Oh Lord God! Maybe he belonged to the same school of thought as Lade, Tola and his mother. He didn’t think that me, with my family background was good enough for him to be interested in for anything serious.

See me that thought I was playing a fast one on Fowi, meanwhile he was the one playing on my intelligence. Oh my heavenly God! A whole me, omalicha, asa nwa, ego oyibo, asampete, ego vin, enenebejiolu, tomato Jos, man wants to play fast one on me, tufia kwa! I was going to teach this boy a lesson that wasn’t taught in his ajebo schools, one he will never forget.

“Fowi, you don’t want to tell your favorite aunt how you’re wooing my assistant?” Lade said.

“Before nko? Or how many other girls are you interested in?” Tola asked him.

“Fowi I hope you’re not chasing other girls alongside my friend o, we will not find it funny.” Sophie said.

“Aunty I just started talking to Naya recently, I really like her and all of that, but I don’t think she’s my love interest yet. I’m taking it slowly and trying to enjoy the whole process.” Fowi explained.

I smiled when he finished his speech. This man had a way with words, every single time, whether he was sweet talking or being realistic and honest. See how he had just turned my anger into smiles, UNKNOWINGLY.

“That’s nice Fowi. But does your mother know you’re talking to her?” Tola asked.

I decided it was time to make my grand entrance. I wasn’t ready to listen to Tola tell Fowi how his mother would not approve, how she would complain about my background and all of that rubbish. She should just keep all her rubbish to herself and let the boy spin me in peace. If she went on to tell Fowi about how his mother wouldn’t approve of me, local man might have a rethink and God forbid that sharp igbo woman would let that happen.

“Fowi! I said fondly as I entered the living room.

Fowi smiled, stood up and gave me a hug.

“You look absolutely stunning.” He whispered in my ear.

I blushed and I noticed the look of irritation on Lade’s face. It always gave me great joy to annoy him. Fowi and I broke out of the hug and Tola said,

“You’re late for dinner young woman.” She was stern.

I quickly apologized because I wasn’t sure if she was angry, before she will tell her husband to throw me out of the house because I kept her waiting and let hunger almost kill her.

She told me it was okay but that I shouldn’t let it happen again.

Sorry madam o, as I am not a lady now.

I still didn’t understand what the big deal was about eating together. In my father’s house, everyone walked into the kitchen to dish food for themselves straight out of the pot. People like us even stood in front of the pot to eat so we can easily reach for second servings. But I was sure that the people I was with didn’t even know the kind of pots and pans they had in their kitchen because they almost never went in there.

We walked to the dinning table and sat down to eat. I was sitting between Fowi and Demilade and was just about to take my first bite of the extremely juicy piece of chicken in my plate when the shocking news dropped.

7 Comments on The Lagos Side Chick- S3E2