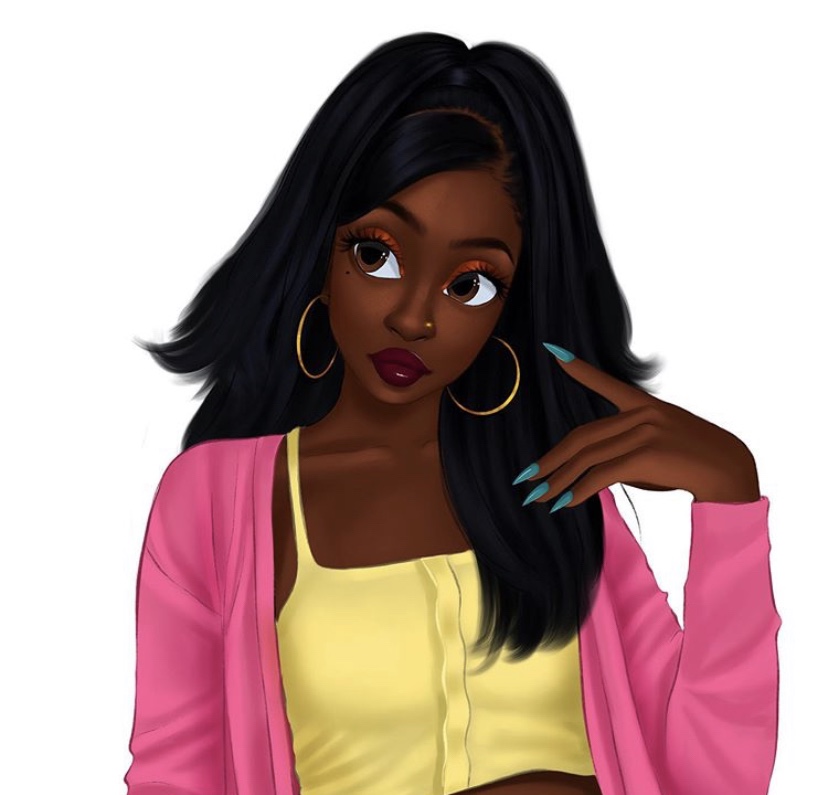 “Will you be my girlfriend?” Fowi asked me.

I was shocked. I didn’t think he would ask so quickly. We hadn’t even been talking for up to a month. I guess nobody really takes that long to progress to the next level these days.

Excitement was written all over Sophie’s face but I couldn’t say the same for Demilade. He looked angry but he tried to hide it. It gave me great joy to see him get like that.

I was going to say yes either way, for the genuine reason that I liked Fowi or to pepper Lade for as long as I could. Then I remembered what Tola had said about me. Fowi was not on my level. How was I going to keep up? With his friends, their conversations, their escapades? I’d always look like the one who didn’t know good things. Let’s not even talk about his family. What if Tola was right about his mother? What if she didn’t like me? I wasn’t like any of his previous girlfriends who were rich kids too. How would I fit in?

This was what I wanted from the day I met Fowi, it was all part of the plan and I wasn’t going to let fear or sentiments get in the way. Tola or Lade could think whatever they liked, in fact, they could die from their pain, Ọ bụghị nke m.

I blushed like a new bride who was taking palm wine to her husband.

The way Sophie shouted triumphantly ehn, you’d think she won a lottery. I turned to her and smiled in appreciation and in a spilt second, Fowi’s lips were on mine and we were frenching away.

I shut my eyes to take it all in and I genuinely wished I could keep them open to see the look on Demilade’s face. Earlier that day, he had gone on and on about how Fowi would never be with a girl like me. Yet, because Jesus is sitting on the right hand side of the father, look at me!

“You guys look so cute together, OMG!” Sophie shrieked as we broke out of the kiss.

We laughed lightly and Fowi said,

“I’m cuter sha, I don’t know what you’re talking about.”

Demilade cleared his throat and it was obvious that he had something to say, so we all looked in his direction.

“I’m happy for you guys really, but don’t you think you’re going too fast? You’ve known each other for only a minute or two and now this?” He was speaking to no one in particular.

I wondered why he couldn’t just lick his wounds in peace. He had his own woman who he was going to marry in a few months so what was all the bad belle for?

I thought about answering him and calling him an enemy of progress but I didn’t want anybody thinking there was more to it than he said or that I was as mad as he was.

Thankfully Sophie answered him before Fowi or I could.

“Lade it’s a relationship not a marriage, relax! If they’re happy with each other I don’t see why they shouldn’t date.” Sophie answered.

Fowi’s smile had inverted to a frown and it was obvious that he was as angry as I was. He was going to say something when Sophie cut him short.

“Don’t mind him you guys, it’s the loneliness that’s making him say nonsense. He misses his woman that’s why it’s scratching his body.”

Lade frowned at her.

Tempers were rising and if not for the doorbell, only God knows what would have happened next.

Fowi heaved a sigh as he got up and went to the door. Sophie got up almost immediately and went after him, leaving only Demilade and I in the room.

“What is wrong with you?” I asked him in the tinniest voice I could muster.

“If you think I’m going to let you date my friend then you have another thing coming. That will be over my dead body.” He retorted.

“Then be ready to die and rest in peace.”

He was shocked, he probably thought I’d shiver in fear.

“I’ve told you before not to mess with me because you will regret it. You think I’m joking with you abi? Try me!” I was beyond mad at this point.

“Oh please, both of us know those are empty threats.” He laughed nervously.

He looked confused because he didn’t understand what I had said. The next thing I wanted to say to drive home my point was, ‘who the gods want to kill, they first make mad.’ but Sophie cut me short.

“Pizza is here!” She announced as she entered the living room with Fowi in tow.

They set the two boxes on the coffee table.

“I’ll get drinks.” Fowi said and walked away.

For the rest of the night, things didn’t progress as smoothly. We tried to act as normal as possible even though it was obvious that Lade and Fowi still had things to say to each other. Sophie did her best to get rid of the tension but nothing really worked, they were both carrying face for each other.

A part of me was happy at Fowi’s reaction because it assured me that he was on my side and nothing Lade said had fazed him. It was easier for me that way and I was sure it infuriated Lade.

When Sophie couldn’t take it anymore, she suggested we leave.

Sophie stood up and picked up her bag as Lade led the way to the door. When I was sure they had walked out the door, I turned to Fowi and said,

“I don’t think you should let what he said get to you, it’s not worth it.”

“I’m trying not to let it bother me, but it’s really annoying. My problem here is that he thinks I’m not old enough to know what I want or take decisions on my own.” Fowi lamented.

“He probably thinks he is looking out for you.” I explained.

“When did that start? It makes no sense to me. After all, I’ve never dictated who he should date.”

“For starters, you probably haven’t dated anyone outside your social circle. More importantly, Lade and his mum think I‘m a social climber who uses rich people as stepping stones. That’s probably the reason for his agitation.”

“That’s strange. I never thought Aunty Tola cared about things like that.” He was surprised.

Just then, my phone rang, it was Sophie. She probably wanted to remind me that they were waiting for me.

I smiled and stood up,

“I’m not sure I understand you, please explain.”

“Don’t worry, maybe another day. I have to go now, they’re waiting for me.”

Fowi stood up and held me by my waist.

“You’re not going to stay with me?” He sounded so sexy, I was sure she was trying to seduce me.

“Well, Mr boyfriend, you’re going to have to work harder to convince me to spend the night.” I wasn’t going to fall easily.

“What do you want me to do? Should I kneel and beg?” He was already going on his knees, still holding my waist.

“Why are you laughing? Isn’t that how you people say it?”

He got up and kissed me. God know that I forgot myself. Remaining small, I’d have ripped my own clothes off for him to put it in. But I remembered I had to play hard to get. I used the last ounce of strength in me to break it off.

His arms dropped to his sides in disappointment.

“Na wa o, after collecting bribe. This is one of the problems with Nigerian government that you people complain about but look at you actively practicing it.”

I laughed so hard I almost had tears in my eyes.

We walked out of the house holding hands and giggling like little children. Sophie and Lade were already sitting in the car.

Of course he ignored her.

Fowi shook his head and kissed me,

“Call me when you get home.”

Sophie blew him air kisses and he waved to us as Demilade drove out.

The journey home was quiet. Sophie and I didn’t want to talk for fear of infuriating Lade so I let my mind travel. I imagined how my life with Fowi would be, all the things we would do, the places we’d go hand in hand and all the sex we’d have.

“Maybe I’ll even enter private jet.” I was smiling and thinking to myself as we approached the house.

Things were finally working as I had planned and I couldn’t wait for the coming days.

We came down from the car and I was still in wonderland, building a married life with a man I had been dating for less than two hours.

Unfortunately, I was bought back to reality by the greatest shock of the night.

53 Comments on The Lagos Side Chick- S3E9