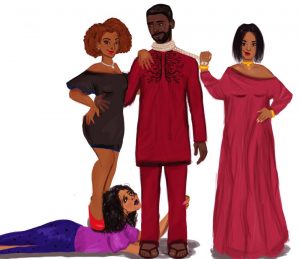 “What about this one?” The man asked us.
“Do you like this one?” He gestured to it.
“It’s not bad.” I shrugged. Anything was fine with me. I was still in shock at the drastic turn around of events.