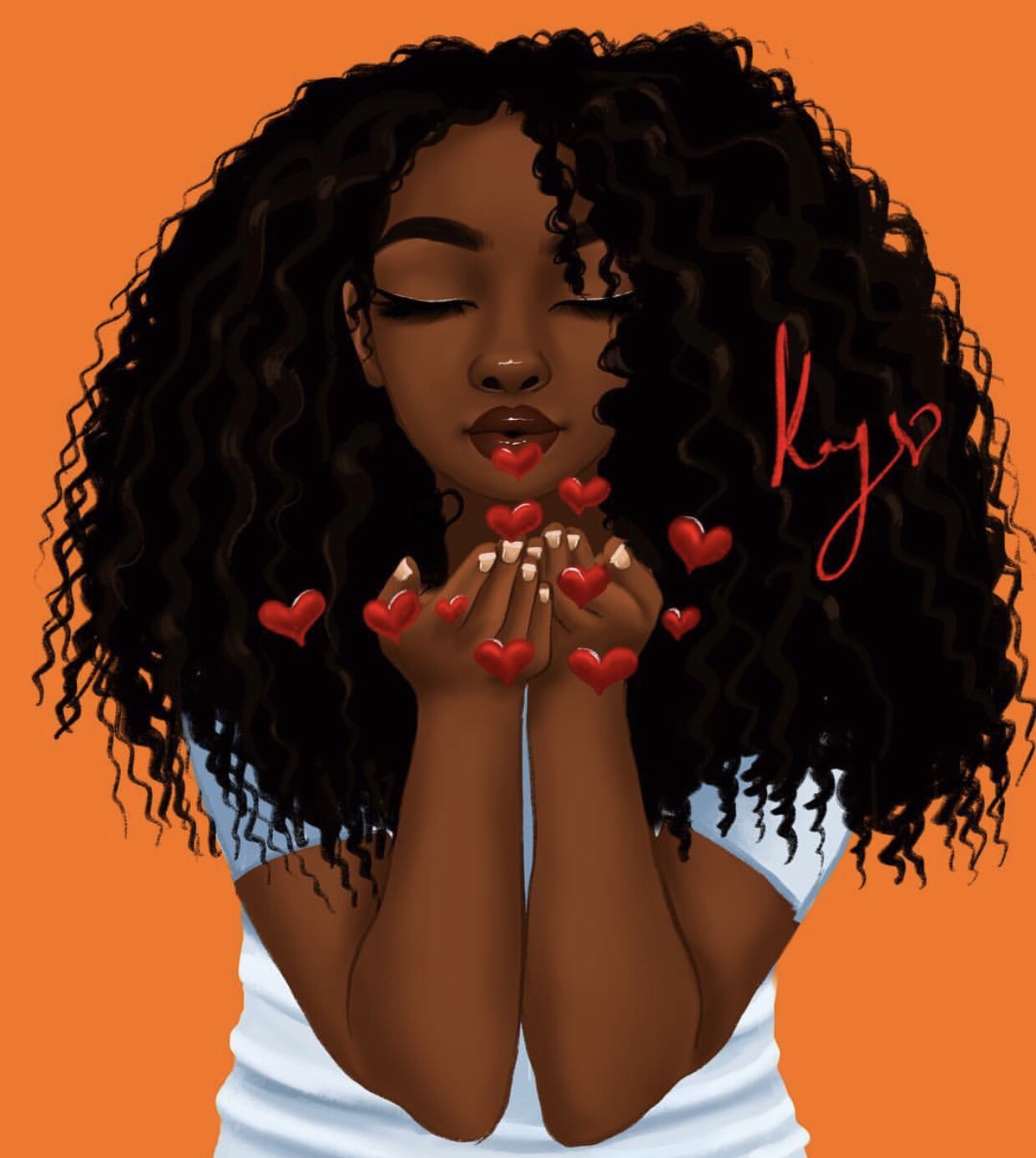 There and then, I asked him for his account number so I could return his twenty thousand to him. Even though it was paining me, I had to close eyes and do it. Let the boy not come and think that because of 20k I was loving and warming up to him.
“What do you need my account number for?” He asked in surprise.

“I want to return your money to you.” I said firmly.

“That’s not what I was trying to prove.” He said in shock.

“So what was it? Tell me, because the answer to the question was body language not nothing. So why did you make me think I got it right?” I said.

“I don’t see why we’re having this argument really. I thought the answer was nothing that’s why I said you goi it right.”

We were both quiet for a few seconds till the next knot loosened in my head and if not that Fowi held me back, I would have slapped the hell out of myself. I made to leave his house. While I was almost at the door, I was praying silently that he would call me back because I knew that if he let me go, that would be the end of the whole thing because hard guy will not let me come back to beg. So when I came to me and held me back, I was so grateful to him for not letting me show my stupidity.

I paused and turned to look him straight in the eye.

“Listen, I’m sorry that I lied to you. I just wanted to make you feel like I queen. I didn’t know you were going to get like this.” He said.

“Fowi you lied to me about a very simple thing. If there’s something greater in the future, will you lie about it too?” I asked him.

“Of course not. I didn’t think of it as a big deal. Women don’t like to lose and guys who like women make sure they stay winning. I’m very sorry if my intentions seemed bad, it wasn’t my plan.”

“Even though women like to stay winning, they also don’t like lies. You could have easily told me the truth. Lying makes you distrustful. You know that right?” I said.

I had a rethink about what I had just said and was surprised at myself. So I can be smart like this? See me spitting lines of wisdom for this oga. He will now think I am one prim and proper lady that doesn’t like lies. Shior. If he likes, he should lie again after today, as far as money is entering my account, I am ever forgiving. This act was just to shake him up small so that it will look like I am hard to get.

“I’m really sorry Naya. Let me make it up to you.” Fowi pleaded.

Ehen, that’s what I wanted to hear. He was probably going to make it up with more money. So this my fake anger was an investment, invest 20k get maybe 50k, 150% interest. I thought about still playing hard to get but I kicked against it. If I did, he might have given up because I mean, even men dey tire to beg.

“Let’s have dinner first?” He suggested.

Is this one mad? Dinner kwa? How is dinner making up for anything? We were going to have dinner if I didn’t bring the lying issue up, so why will he be making it up to me with dinner. I wanted to give him a knock on his head so that he will have sense but I held myself and nodded in agreement to his suggestion.

I went back to the living room and sat down. He went into the kitchen and came back with a plate of french fries and eggs. The only good thing about that meal was that the egg wasn’t plain, it had many peripherals- diced irish potatoes, veggies, minced meat and some other things I didn’t know.

“This is what you have been making noise about? French fries and eggs?” I asked him as he set the plate in front of me.

He laughed hard and asked,

“Were you expecting pounded yam and efo riro?”

“Well something like that or something close to it.”

“You’re even lucky it wasn’t plain old noodles I made.”

“What’s the difference between this and noodles biko?”

“At least taste it first before you pass judgement. The eggs are designer eggs, made with a secret recipe. They’re wonderful.”

“Abegi. What is so secret about it? Am I not seeing all the things you put in it?”

“When you try it at home, don’t forget to come back and tell me how you did.” He said as he walked back to the kitchen.

I tasted the eggs before he came back and they were really good. Fowi couldn’t have come across that recipe on his own. Only a woman could have taught him because it had my tastebuds wanting more. He soon came back with his own plate and asked me what I thought about the food.

I didn’t want to praise him too much so his head won’t swell. He laughed and said I was trying so hard not to praise him and that it was obvious from the way I was eating the food before he came in. This body and mind of mine. Your mind will be giving instruction to your mouth on what to say but your body will betray you and be giving many vibes.

After the meal was done, I offered to take the plates to the kitchen and wash them. Of course you know that one na eye service too so that he will think that I have home training. That doesn’t mean I don’t have home training o, I have, I just dey over do am. If he had let me wash it, I would have taken him to be a chauvinist so he scored a few good points with me when he insisted on washing up. Talamabout how he had offended me and was trying to make up for it. Uncle didn’t know that currency was the only sorry I wanted to hear.

I sha accompanied him to the kitchen to keep him company. See kitchen mehn, ceramic table in the center, double door fridge, TV, even AC sef dey. If I was a house girl and my madam told me to be sleeping in this kind of kitchen, I for no mind. We sha gisted about how Uni was for us. I told him about Unilag, conveniently leaving out all my escapades. I made it look like I was an efiko who lived a triangular lifestyle, class, canteen, hostel. If you like say I was lying too, that one is your business. A little white lie never hurt anyone.

“Ah, one summer I came to Nigeria and my friends insisted we go and pick up girls from Unilag. So we all went and they introduced me to one. Fine girl, fair, you know, really pretty. Things were going fine till I asked her on a date and she came with two of her friends. I didn’t say a word about it, but I never contacted her again.” He said.

“Wawu. That thing irritates me. Why would you bring your friends on a date?” I said with disgust.

See me that was talking and running my mouth, I had followed one of my friends on a date before and I am sure this is the same way the guy would have been carrying our gist round. Mscheww, men are really scum. Small extra mouth, you cannot feed.

Time went by really fast and we ended up spending most of our time in the kitchen. Fowi was making body contact with me at the slightest opportunity he got. Let me not lie, my body was getting weak seeing him shirtless and I knew that if I didn’t leave soon, I was going to start dripping from all my wetness. So I told him that I had to go back home.

“I’m just a little tired. Besides, I have to travel to Lagos tomorrow, so I need to prepare for my trip.”

“You’re traveling to Lagos tomorrow?” He asked in surprise.

“Yes I am. I need to go and get my things ready to start work here.” I said.

“I’m supposed to be in Lagos on Thursday. We can travel together if you’re not in a hurry.” He suggested.

“That would have been nice, but I already booked my flight.” I lied.

I had forgotten about the trip with the way I was enjoying in Abuja and I already knew I would have to pay through my nose if I wanted to buy my ticket, but I couldn’t wait till Thursday to travel. My mother will now use it as an opportunity to not let me have peace.

“Don’t worry about it. I’ll refund the money and buy you a new ticket, business class.” He said.

I was about to protest when he begged me not to and said he was only trying to make up for the lie. See luck, I was going to get free money for ticket I had not even bought, lying is good sometimes sha. As somebody who doesn’t know how to reject good things, I agreed to wait till Thursday.

“Do you really have to go now? I don’t want you to.” He said sadly.

“Well we don’t always get what we want, do we?” I smiled.

He finally agreed even though it was obvious that he wasn’t happy. We left his house and drove back to Sophie’s while jamming to trending songs on the radio. When we got to Sophie’s gate, he wanted to drive in but I asked him not to. I didn’t want the whole house knowing I was just coming back.

“Thank you for tonight.” I said.

“I should be the one thanking you for accepting to come to my house and I’m sorry I lied to you. It won’t happen again.”

“No problem Fowi. I’m glad we sorted that out. Good…”

Before I could finish my statement, Fowi leaned in and kissed me and of course I didn’t fall your hand, I kissed back. I almost forgot myself but then the Holy Spirit reminded me that I was supposed to resist so I quickly pulled back. I smiled at him shyly and got down from the car. He took the glass down and smiled sheepishly at me.

I stood outside till he drove off then I entered the compound, happy with myself that I was able to resist his kiss, knowing fully well that with the way my body was doing, I could have had sex with him there and then. My joy was short lived as I entered the house and met wahala waiting for me.