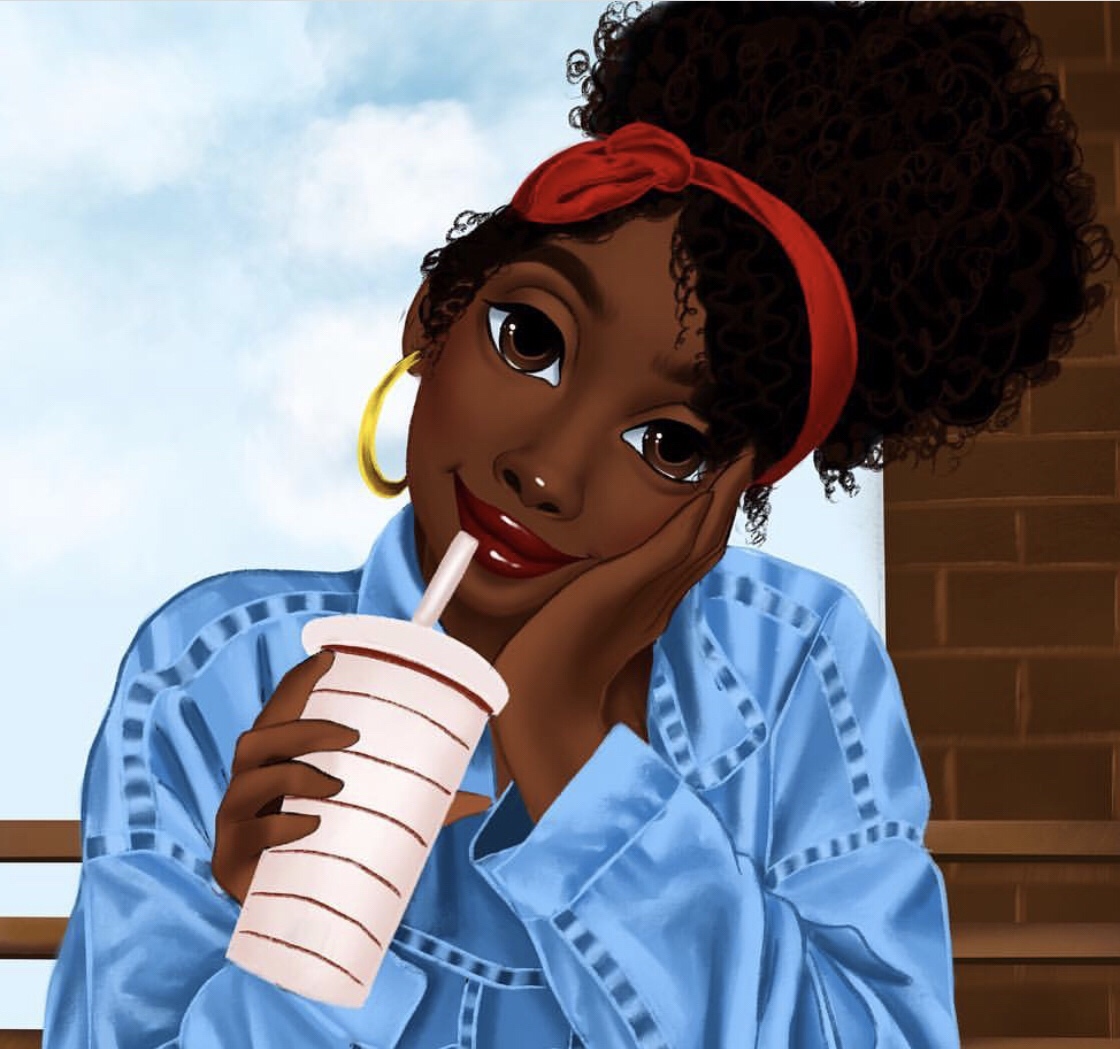 The bed was legit shaking and Sophie was moaning so loudly that if the room wasn’t sound proof, the whole house would have heard her reaching orgasm. I stood at the door and stared at Sophie and her lover for a few seconds.
I wanted to know who it was that was firing Sophie to the moon and back. My body wanted to move to the bedside and see but my mind was telling me to abort mission. You know me now, I never listen to my better voice of reason so I stood there and watched on.

While I was still contemplating whether to stay or quietly walk away, I heard Sophie scream,

I shook because of the shock. The man on top her turned to see why she was shouting and guess who it was, Uncle Rex. I was not ready for that rude shock honestly. I thought it would have being a servant or somebody that was below her class, but uncle Rex? Haba. How did she even manage to start banging him? Was he not supposed to be her uncle? This family sha, plenty orishirishi inside one small family. First their father had baby mama then brother, side chick now the one we thought was innocent is sleeping with her so called uncle. This is only the one I know o, imagine the ones I don’t know about.

“How long have you been standing there for?” Sophie asked me.

“Not too long o, I just entered like one minute ago. I knocked but you didn’t answer, so I entered.” I explained.

“Did you see anything?” Uncle Rex asked.

This one must be mad o, very mad. I was standing there, looking at him naked on top Sophie and he was asking me if I saw anything.

“No sir, I didn’t see anything, honestly, I swear.” I put one finger on my tongue and rose it high up in the air.

The man reached for his boxers on the floor and wore it under the blanket. I stared at both of them as they tried to dress up. I wanted to laugh at how tensed they looked but I didn’t.

“Are you still standing there?” Sophie shouted.

I walked out of the room and shut the door. I couldn’t hold back my laughter so I stood on the corridor and laughed hysterically. I looked like a mad woman, the only thing left was to remove cloth. As I was there catching cruise with what I had just seen, Sophie’s daddy climbed up the stairs. Immediately I saw him, I tried to compose myself. I wanted to cover up my breasts which were very obvious through my robe but I didn’t. I figured that if I was going to seduce the man, I might as well as start immediately.

He looked at me carefully from top to bottom, taking note of my clean shaven legs, my tiny waist and my ample bosom. A sly smile creeped over my lips, the man’s brain was definitely working how I wanted it to.

“Good afternoon sir.” I greeted again, to bring him back to his senses.

“Afternoon. How are you?” He said abruptly.

“And why are you standing here, laughing like somebody who has just inhaled laughing gas?” He enquired.

“Nothing sir.” I replied.

“Only mad people laugh hysterically for nothing my dear.” He said.

“Erm, I mean that, it wasn’t anything serious, honestly.” I quickly said.

He ignored me and walked to Sophie’s door. Ghen ghen, I knew that if he opened that door, life would be over for Uncle Rex so I quickly ran to the door. He was about to open it when I stood in front and blocked him.

He looked at me in surprise. He must have been wondering what gave me the effrontery to prevent him from going into a room in his own house. He stared at me long and hard.

“She’s not feeling well sir so she said she wanted to rest and didn’t want any disturbance.” I added, hoping he would buy my story.

“Well I need to see her to know how bad she feels, we might need to call a doctor.” He said with concern.

Stubbornness was definitely a family trait for these people, couldn’t the man just take what I had said and go? So did he think if she was really sick and needed a doctor we wouldn’t have thought to call one? Na wa o.

“Dysmenorrhea? I see.” He nodded his head and looked at me. He couldn’t keep a steady gaze at my face for a second as his eyes kept darting to my breasts.

“Let me go and check on her.” I smiled and before he could reply, I entered the room and shut the door. I wanted to lock it behind me but there was no key. Sophie was cuddled in uncle Rex’s arms and he was stroking her hair gently.

“Why did you come back?” Sophie asked angrily.

“Abeg where is your room key?” I asked, totally ignoring her question.

“I said what are you doing here again?” Her voice was higher.

“You better stop all this gra gra and tell me where your room key is, except you want to dear daddy to stroll in here and meet both of you. I’m sure your uncle Rex would be able to explain why he is in your room. Abi, uncle Rex?” I looked at both of them.

Sophie quickly stood up and got her bunch of keys. When she had gotten to me by the door post, she asked,

“What do you mean by my father would stroll in here and meet us?”

“Abeg lock the door first joor.” I said. Without waiting for her to make any move, I snatched the key bunch from her and locked the door.

I walked past her and went to sit on the arm chair in the room and addressing both of them I said,

“Your father was standing right outside the door, about to cat walk in and find you people doing the do. I had to lie to him that you were having cramps and had to rest. Now that I think of it, I think I should have let him come in, it would have been such a sight, a very hilarious ending to a rather stressful day.” I laughed.

They were both quiet. Until Mr lover boy spoke up,

“Thank you for covering up for us.”

“Don’t thank me o, I didn’t for Mr Akin-Cole. The poor man would have had a heart attack if he had caught his right hand man making his little girl moan with pleasure.” I replied.

Uncle Rex picked up his shirt and started buttoning it. I was enjoying all of this and was very interested in getting more information so I asked,

“Please how did both of you get together? How did you start this affair, gosh, I’m dying to hear this gist.” I squealed.

Uncle Rex walked to the door and made to open it. I quickly stood up and prevented him.

“What do you think you’re doing?” I asked him.

“I’m trying to get out of here. My wife must have started worrying by now, I told her I would be back home early.”

“Did you stop to think, for just one second, that Sophie’s father might still be outside?” I asked him.

“But it’s been almost ten minutes since you got in here, I’m sure he would have gone by now.”

I looked at him with a smirk on my face. When I didn’t answer him, he spoke again,

“Please can you help me check? I need to get out of here.”

I was still quiet.

“Abeg you people should chill. When you were banging did you call me? Why is it now that there is wahala you people won’t let me rest?” I replied.

Sophie hissed, got out of bed, wore her robe and went to the door.

“What are you trying to do?” I asked as I stood up.

“Check if the coast is clear, since you have refused to help.” She said.

“Oya wait first, I will check. Don’t you know that if your father sees you out of bed, he will think I lied to him? Well I lied sha, but you get what I mean.”

Sophie sighed, ignored me and made to open the door. You wouldn’t believe what happened next.