“Out of the bliss comes magic, wonderment and creativity.” 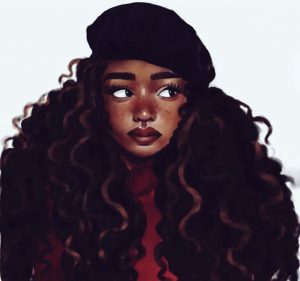 On a beautiful Sunday night, I drove Lenka, the love of my life, to Radisson Blu Hotel, Ikeja. I planned to propose that night. Lenka, my half Nigerian, half Kenyan girlfriend had being a wonderful person, a praying and hardworking woman, one any man would never want to lose. She looked as beautiful as ever, with her hair pulled back, her beautiful face was very radiant and her orange dress accentuated every curve on her body.

It was going to be the perfect night. I would ask her, she would say yes, we would kiss, go to the room I had booked and make sweet love. This night was going to be magical, it would be our dream come true.

We arrived Radission Blu and went straight towards the restaurant. As we walked in, Lenka asked me why we were going to dinner in such an expensive place. One of the things I loved most about Lenka was that she was very frugal, so frugal you would think she was stingy. She had saved me many times from going bankrupt because I for one am an extravagant spender. In my defense, money is made to be spent right? So what are we keeping it for?

I tried to tell Lenka off by telling her it was nothing special but she wasn’t having it.

“Bebe, nothing special and you’re bringing me here? Or is it my birthday and I forgot?” She said.

“Calm down honey, it’s not my or your birthday, it’s not even our anniversary. I just wanted us to spend some time together.” I explained.

She laughed and said,

“But we always spend time together bebe. What’s so different about today?” She purred.

“Just relax and enjoy the evening, is that too much to ask of you?” I was getting tired of the questions.

She smiled and kissed me just as we walked into the restaurant. After we had settled in, I excused myself with the guise of using the rest room. I was actually going to drop the ring off with the restaurant staff, so they could put it in her dessert. After I was done, I walked back to my table. As I sat down, my eyes darted round and I saw of a group of three women seated not too far away. One of them caught my attention because she looked familiar, so I looked hard to see who it was and I was shocked beyond words, it was Wangi and she looked as good as I remembered, maybe even better.
Wangi was my ex-girlfriend, we dated while I was in the university. We were so in love that everyone on campus knew we were dating. We did virtually everything together, went to class, ate, read, every single thing, well, except using the bathroom of course. Wangi and I had goals we planned to achieve together. From graduating well, to getting good jobs and eventually settling down.

One day, she came to my room and told me how she had a dream that I broke up with her. She kept crying and crying as she narrated the dream to me. She refused to be pacified, even with all the promises I made to her.

“Do you want me to swear to you? Blood covenant, anything, I’ll do anything just to show how much I love you.” I said.

“Then swear, swear to me that you will never leave me, that you’ll never fall in love with any other woman, that we’ll be together forever.”

“I swear it to you. Nothing will ever make me leave you, nothing.” I said.

She stood up immediately, wiped her eyes and started searching around frantically. I asked her what she was looking for but she totally ignored me. I watched her with worry in my eyes. Then she went to my wallet and took out a 1000 naira note, the only cash I had left, home and abroad. She tore it into two and I screamed,

“What did you just do? That was my last card.”

“Here,” she handed me one half. “Since we cannot swear by blood, because that’s totally freaky, we’re going to swear by this note. As long as we are in love and have each other in mind, we’ll always have our halves. Is that a deal?”

I was still mad that she ripped my money apart because of her dream but I had no choice but to agree with her, even-though I thought the idea was crazy. I really did love this woman.

Everything was fine until graduation. Wangi asked me what my after school plans were and I told her I wanted to find a job and put my life in order. She told me she wanted to get married after school. I was confused because she knew I wasn’t ready to settle down yet. I told her it wasn’t possible and I pleaded with her to be patient but she refused and broke up with me. I begged and begged but she refused to stay. I even reminded her about our oath but she didn’t budge, her mind was made up.

It took a while, years actually, but I succeeded in moving on. I found a great job and was soon earning well and then I met Lenka. She was such a dream, the perfect woman that any man would have been proud to have. Even with the kind of woman she was, I still wondered about Wangi from time to time.

I stared hard at Wangi with a feeling of nostalgia, remembering all the beautiful memories we made together, I fell in love with her all over again. Then we made eye contact and she smiled at me. I didn’t smile back because I was still shocked. She opened her purse, took out her wallet and brought her own half of the naira note from her purse. A part of me was excited that she still had me in mind.

I remembered that I still had my own half in my wallet. I didn’t intentionally keep it, it had become like one of the passports in my wallet. You know how you keep passports in your wallet and forget about them till you need one? That’s how the note was. I quickly took out my wallet, brought out my own half and showed her.

Lenka didn’t figure out what was going on because she thought I was smiling at her. I excused myself again and went back to the waiters to take my ring back. My thoughts were all over the place but I knew I wasn’t going to be able to propose to Lenka when fate had brought Wangi back to me. I had to get back with Wangi, by any means possible.

47 Comments on The Magic Of Bliss And Bluesy- S1E1