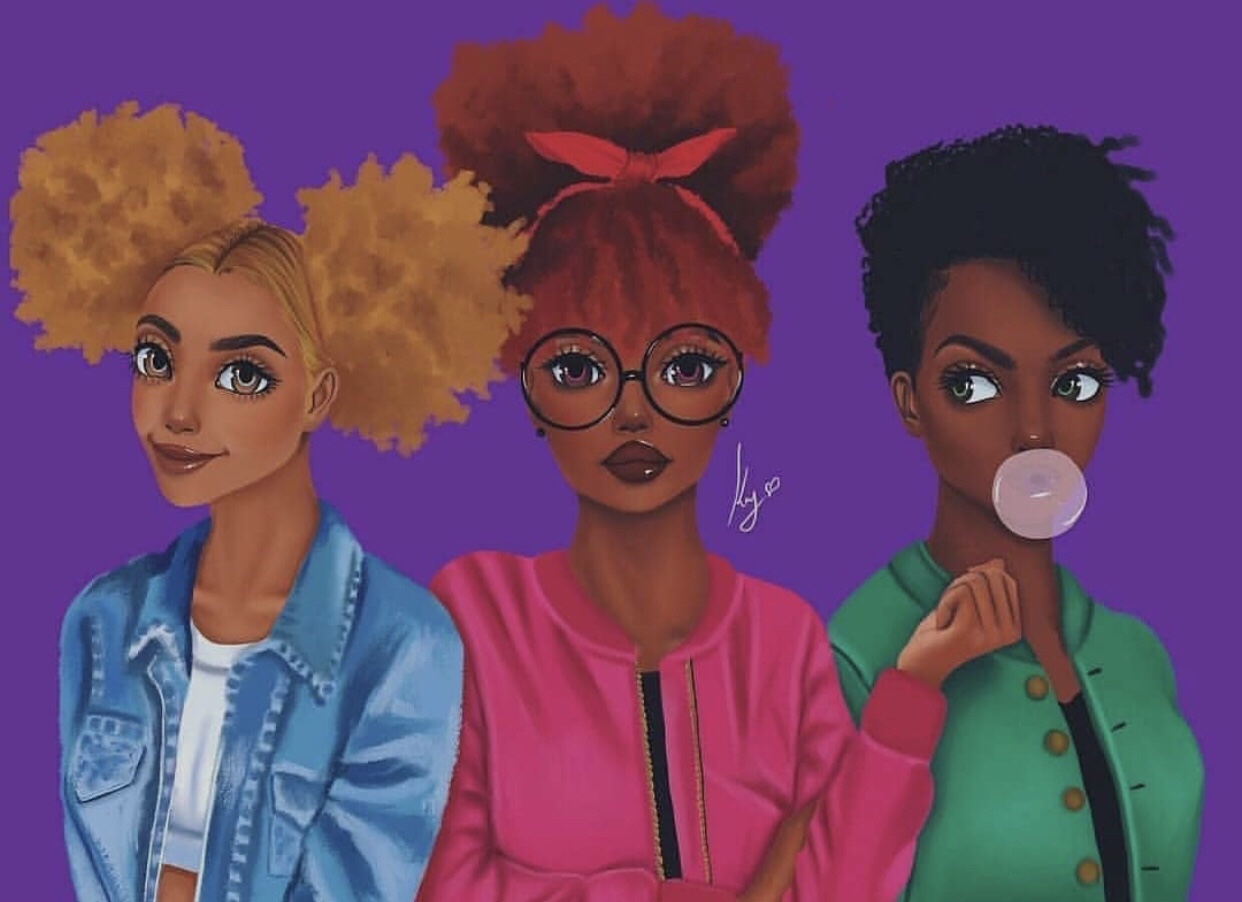 I drove into my compound to find a strange car parked in my parking space. It was a black G Wagon with tinted glasses. Immediately I came down from my car, I called the gateman to ask him who he had let into my compound.

“Na your sister oga.” He said.

“My sister? None of my sisters drive a G Wagon.” I was puzzled.

“Oga the person say na your sister she be.” He tried to convince me.

“Are you ok? So somebody came to my gate and claimed to be my sister and you just let her in? Shin mahaukaci ne?” I was mad.

“But she don come here before oga, na your sister, I swear.” He put his finger on his tongue and lifted it up in a bid to swear.

I ignored him and went to the car and knocked on the driver’s window. The glass didn’t come down after the first knock. I knocked again, harder this time, like I was going to break it down. The glass slowly came down and I came face to face with the driver. It was my elder sister, Farida. I should have figured it was her because she was my only sister who could be driving a G wagon round Lagos. Her husband was from a wealthy family and was always buying new cars and properties so the G Wagon was definitely his.

Farida was my favorite sibling because she was just like me. She was the only other person who didn’t like my mother’s interference so I found it easy to talk to her because I was sure my mother wouldn’t call me to ask me about something I didn’t want her to hear about.

I had told Farida about the proposal plan but I had not come around to telling her that it didn’t finally happen because I didn’t know how I was going to explain it to her. I knew she wouldn’t buy my cold feet story because she would know that I was lying. I never get cold feet about anything because I always think about everything over and over again before doing them.

“You want to break my glass shey?” She asked me.

“Yaya kake? What are you doing here at this time?” I enquired.

“Ba zan iya ziyarci dan uwana ba?” She had a sweet smile on my face.

“That’s not what I’m saying now. It’s just that it’s really late for you to be out. Me game da mijinki? Won’t he be worried?”

“Ahmed is in Abuja so, ba wahala.” She was still smiling.

I smiled back at her and asked her to come into the house but she refused, saying that she wasn’t going to stay long so there was no need to go inside. I knew the next question that was going to follow was about the proposal. I wanted to start planning the lie I was going to tell her before she caught me off guard but I didn’t have time to think as she asked me almost immediately. I told her that I was going to, but then I realized that Lenka deserved a bigger and better proposal so I decided to retreat and make better plans.

“But that’s not what you told me Fa’a.” I heard a voice I was sure belonged to my mother.

I looked back and saw my mother gracefully seated in the backseat of Farida’s car. Hajara was beside her and was trying hard to prevent herself from laughing. I was shocked to my bone marrow as I didn’t expect to see my mother there.

“When did you come into Lagos?” I questioned her.

She ignored me, opened the door and got out of the car. Farida gestured at me to move back so she could open her door. I moved back and she came out of the car almost at the same time with Hajara. They walked to my front door without saying a word to me and waited for me to come and open it.

I didn’t move an inch because I was too shocked to. What kind of conspiracy was this for the love of God? How did it even happen? Because I was sure Farida didn’t call my mother to gossip, she never does that. Even if she did talk to our mother, was that enough reason for her to fly from Abuja?

I was trying to wrap my head around the whole situation when my mother screamed my name. She asked if I was going to keep standing there without letting her into the house. I ran quickly to the door, opened it, ushered them in then led the way to the living room. My mother had never being in my house so she looked around carefully and nodded her head in admiration. She turned to Farida and asked her if she was the one who helped me with the decor in the house.

“No o, did you forget he has a girlfriend?” Farida answered.

“Ohh yes, a girlfriend that he refused to engage.” My mother said sarcastically.

“That’s not what Fa’a said, he said he didn’t propose because he wants to plan a bigger proposal,” Farida said and looked at me, “right Fa’a?”

I didn’t know what answer to give. They seemed to be ganging up against me and I couldn’t defend myself from their attack. I managed to nod my head in affirmation of what Farida said.

“Oh sit down Fa’a.” My mother instructed. “You think we came all the way to your house for food and drinks?”

I obeyed and sat down like a dog obeying his master’s orders.

“Listen Faraji, I, I mean we know that you’re lying to us about this…” Farida was saying before I interrupted her.

“I’m not lying.” I said vehemently.

They looked at themselves in surprise and after a few seconds of staring at me, my mother finally spoke up.

“If you say you’re not lying, then let’s work on planning the bigger proposal you said you wanted to have.” My mother said.

“I agree mummy.” Farida concurred. “So what do you have in mind?” She asked me.

“I haven’t come up with anything yet.” I answered.

“Then you’re not serious.” My mother said angrily.

I didn’t understand why they were so concerned about my proposal to Lenka. Other people quietly propose to their girlfriends before informing their families but my own family was here, insisting on a proposal that I wasn’t even sure I wanted to happen.

I knew something was definitely wrong with me, madness had definitely taken over my brain. How could I be rethinking a proposal to Lenka, a woman I had been dating for years because I met Wangi, an ex, who now a married woman? What kind of man was I?

“Nothing is wrong Farida.” I said.

“That’s not true Faraji. You were so excited about this proposal when we talked about it. How can you suddenly now say you decided against it? Something must have happened and you don’t want to tell us.”

“Nothing happened. I just don’t think she’s ready to settle down.” I said.

“You’re now blaming it on the poor girl?” My mother joined in. “You will never cease to amaze me.” She said.

I was tired of them talking me down about the whole thing. It was life not theirs, I was the one who was going to live with Lenka for the rest of my life and I needed to be convinced that I wanted to do it.

“Like I said, nothing is wrong and I don’t appreciate all of you badging in here and telling me what to do.” I said to all of them. “I’ll propose to Lenka when I’m ready, stop putting pressure on me.” I said sternly.

There was an awkward silence in the room and for a moment, I feared that my mother or Farida would slap me silly. Next thing I knew, my mother started laughing and as she was laughing, Lenka emerged from the entrance of the house.

She ignored me and went to hug my laughing mother and my sisters. They all exchanged pleasantries and talked like I wasn’t even there. They must have all thought I was a joke to them and I was right. They continued talking in low tones till they burst i to laughter and my mother said to Lenka in her loudest voice,

Lenka looked at me and gave me a sweet smile and I smiled back at her sheepishly. I wasn’t sure if Lenka had heard the whole conversation between us and I hoped she hadn’t because it wasn’t going to be funny.

Farida excused herself and dragged me with her into the kitchen. She looked out to make sure nobody was giving us attention before she shut the door.

I told her how displeased I was that she had spoken to our mother about the whole thing that I told her in confidence. She defended herself and told me that she hadn’t told my mother anything. Apparently, my mother had come into Lagos that morning and was discussing with Farida when my matter came up. My mother told Farida that I didn’t propose to Lenka and Farida was surprised because I didn’t tell her anything about it. My mother gave her my reasons and of course she didn’t believe the story because she knew me too well so they decided to pay me a surprise visit and hear what I had to say.

“Look Fa’a, I know that something must have happened and that’s why you didn’t propose to her. You know you can talk to me shey? So tell me what happened.”

I couldn’t afford to tell her what had happened because she wouldn’t understand, only a fellow man would. So I reassured her that nothing was wrong. Of course she didn’t believe and when she saw that I wasn’t changing my story, she asked me to do something, something I was almost sure I couldn’t do.

18 Comments on The Magic Of Bliss And Bluesy- S1E8