“Be happy for this moment. This moment is your life.” 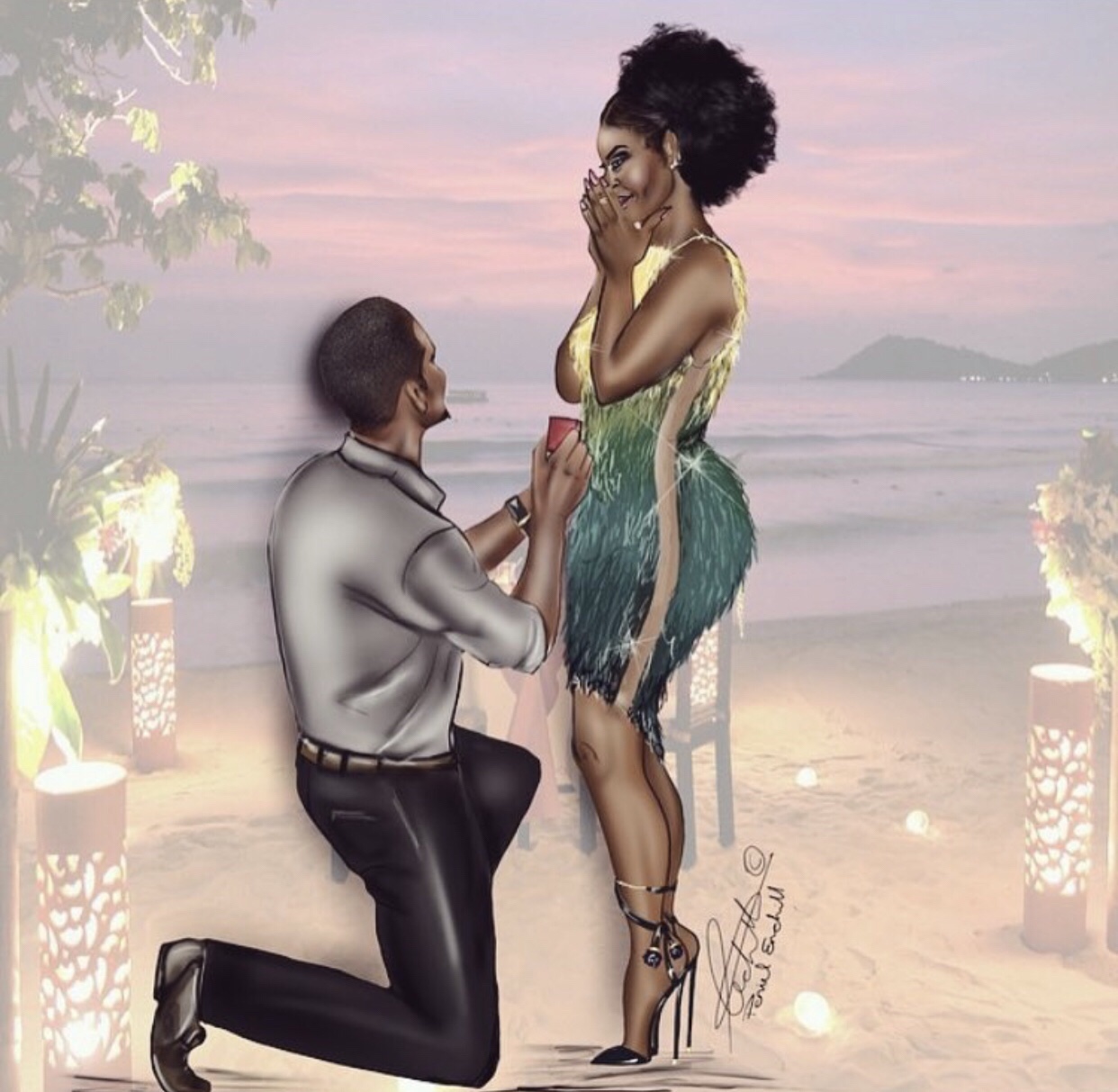 It was almost 10pm when I got to Faraji’s house. I didn’t bother to drive in because I didn’t plan to stay too long. The gateman was sitting outside so I didn’t to knock for him to open the gate. He excused himself from the small group he was sitting with and came to open the gate for me.

Immediately I entered,I noticed a G Wagon parked in Faraji’s parking space. I wondered who the car could belong to because I was sure it wasn’t for Faraji. He wouldn’t buy such a car without telling me about it first. I wanted to ask to the gateman but I thought against it and decided to ask the Faraji myself.

I walked to the door and noticed it was left ajar. There were voices coming from the living room so I stood at the door and listened for a while. I heard a woman’s voice, who I found out was Farida, Faraji’s older sister. She asked Faraji what was wrong with him and he replied in the negative, saying nothing was wrong with him. I stood still there to listen for a few more minutes so I could make some sense of their conversation.

She told him she didn’t believe him because he had being excited about a proposal that he ended up canceling. Hearing that had me more interested in the conversation. I had just heard that Faraji had canceled our proposal and now that I had the opportunity to find out why, I wasn’t going to give it up just like that.

The next thing Faraji said shocked me to my bone marrow,

“Nothing happened. I just don’t think she’s ready to settle down.” He said.

How could he have said that? Where did he get that idea from? We had talked about settling down together every now and then and I didn’t ever say I wasn’t ready to get married. Or maybe I somehow implied it?

I was so lost in my thoughts and trying to find answers when I heard Faraji’s raised voice,

“Like I said, nothing is wrong and I don’t appreciate all of you badging in here and telling me what to do.” I heard him say. “I’ll propose to Lenka when I’m ready, stop putting pressure on me.” He said sternly.

There were many things I was confused about but I put myself together and walked into the living room. Faraji called my name in surprise but I ignored him and went to greet his mother and sisters. I had met his mother once and she was extremely sweet to me. She had even said she couldn’t wait for Faraji to marry me.

I hugged Farida and Hajara after hugging their mother. Farida said Faraji didn’t say I was going to be there. I laughed and told her that Faraji didn’t ever say anything. We all laughed in unison and his mother said,

I turned to him and smiled and he smiled back. Next thing, Farida excused herself and took Faraji along with her into the kitchen. I wondered what she had to discuss with him in private. Something told me that it was still about the proposal.

I didn’t see it as a problem before but the way everyone was carrying on about it started to worry me. Thinking about it at that moment, Farida was right. Something must have been really wrong, for Faraji to cancel a proposal he had planned just like that. I was very concerned but I tried hard to hide it from his mother and sister. I made small talk with them and asked his mother how Abuja was. She started talking and complaining about all the things that were wrong there. I didn’t hear a word of what she said because all my concentration was in that kitchen.

I glanced at the door every other minute till Faraji and Farida strolled out. Faraji went upstairs while Farida came to join us in the living room. Her mother asked her if there was any problem but she said there was no problem.

Faraji soon came downstairs and also joined us. His mother asked him if everything was fine and he told her all was well. All of a sudden, Farida started coughing. She shouted for water and I ran into the kitchen to get her a glass of water. I rushed out of the kitchen back into the living room only to fine Faraji on one knee facing me. I had never being more surprised in my whole life. Just a few minutes ago, he was not ready to engage me and all of a sudden, he was kneeling in front of me, with a ring box outstretched to me. What could have made him change his mind?

I looked at his mother and sisters and everyone else was surprised except Farida. Farida walked up to me and took the glass from my hand.

“Lenka, you’re a blessing to me and I love you, with every part of my being. I love you beyond measure and I want to give my all to you. I no longer want to be your boyfriend anymore. I want to be your protector, your friend, your provider because you’re perfect for me and even a lifetime with you will never be enough.” He said.

I was blushing from ear to ear, I didn’t care if he had previously canceled a proposal, this was perfect for me.

“I love how you love me and because our love is perfect, I want to ask you for something that I don’t think I deserve.” He paused. “Lenka Lavender, will you marry me?”

Tears were flowing down my eyes already and I couldn’t speak. I just nodded my head over and over again as Faraji took the ring out of the box. I stretched my left hand forward and taking it in his hand, he wore the Harry Winston ring on my finger. It was a cushion-cut 18 carat yellow diamond ring and it was the most beautiful ring I had ever seen.

Faraji got up, kissed and hugged me. I went to his mother and hugged her and also hugged his sisters. They all admired the ring and agreed that it was indeed very pretty. Faraji and I sat down and held hands as his mother spoke to him,

“But Fa’a, I don’t understand. Just a few minutes ago you were telling us you were not ready to engage Lenka yet so how did this happen?” She asked him.

I too wanted an answer to that question.

Faraji let out a small laugh and said,

“It was a prank mum, Farida and I planned it. I had told everyone that I was going to propose to Lenka yesterday. Something told me she would have already heard about my plan from her friend so I spoke to Farida about it. Farida came up with the grand idea of canceling yesterday’s proposal.”

“So both of you tricked all us ehn?” His mother sounded a little offended.

“Well, you wouldn’t have been roped in if you didn’t come into town today. So when you showed up at my house this morning asking questions, we had to quickly do something about it.” Farida explained.

The whole thing made a little sense to me now. Faraji had thought Derin told me about the proposal and that was why he canceled it and rescheduled.

“But wait Farida, Faraji didn’t plan to propose to Lenka today because he was clearly surprised that Lenka showed up. So can you people explain this part?” Hajara asked.

“Well I planned to propose to her this weekend. But when she showed up, Farida suggested that I do it today since everyone was around. That’s what we went into the kitchen to plan.” Faraji explained again.

I was relieved because I now understood everything. Faraji had planned everything out so perfectly. Everyone was busy trying to find out why he had canceled the first proposal not knowing it was all part of the plan to keep us from finding out about the second and real proposal.

Hajara came to my side and taking my hand in hers, she took a picture of the ring. She also took a picture of both of us and legit turned it to a photo session. Her mother had to shout at her before she stopped snapping. The rest of us laughed and I asked her to send Faraji and I the pictures.

“Sent. So, any hashtags yet?” She asked as she pressed her phone.

“I can’t, I’m too excited. There’s finally going to be another wedding in our house. Salma and Nafisa would be over the moon, even daddy too and all our cousins, aunties, uncles, friends, everyone.”

She sulked and gazed at her mother.

“Eeeeh?” Her mother shouted this time.

“Good.” Their mother said. Then turning to Farida she said,

“Let’s go home, I’m exhausted and I have that meeting I told you about tomorrow.”

Their mother stood up and the rest of us stood up too. We all walked out of the house and Farida, their mother and Hajara got into the car. Farida started the car and brought down the glasses.

“Thank you for coming and for showing concern.” Faraji said to them.

“Thank you mummy. Can I call you that, mummy?” I said to Faraji’s mother.

“Yes my dear, my son’s wife is my daughter.” She smiled at me and stretched her hand to me. I took it and she squeezed mine.

“Thank you Farida, for all you help.” I said. “And thank you Hajara for the pictures.” I laughed.

I disengaged from their mother and held Faraji’s hand. We both waved at them as the car drove out of the compound. We walked back into the house and I admired my ring again.

He reached out for my hand and took the ring off my finger. I looked at him in confusion and asked him why he took it off. He gave me the ring and told me to look at the inner corners of the ring. I looked inside and saw the letters ‘LD’. It clicked in my head immediately, Lenka Danjuma.

I screamed and jumped on him. He held me on my waist and kissed me lightly on my lips. His phone rang and he reached for it in his pocket. He looked at his phone screen and his face changed immediately.

He moved me to the side and got up. I watched him walk away and then I remembered, it was time to do what I had been waiting to do for a long time.

16 Comments on The Magic Of Bliss And Bluesy- S1E9