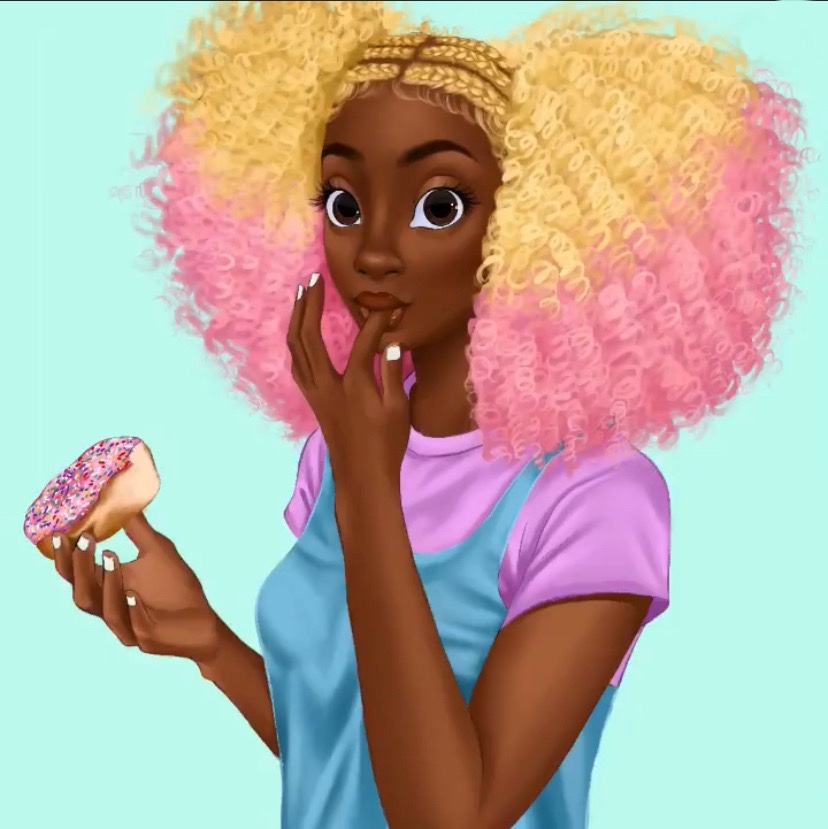 Was I supposed to clear the table, or leave it for the domestic staff?

If I cleared the table, I’m sure Tola would sell the story of me being a local woman below their class, for clearing the table like a house maid. If I didn’t, she’d say I wasn’t brought up properly in my house and I didn’t know how to take care of a home as a woman.

I stood there, unsure of what to do. Then I asked myself,

“What would Sophie do?”

I mean I was trying to channel my inner rich kid here so I might as well behave like one. Clearing table is for ajepako children who didn’t have a choice. If as an ajebota I am expected to still clear the table, then why was Anjola getting paid biko?

I hissed and continued climbing the staircase, feeling fulfilled at the decision I had made. Then it occured to me that Tola was still going to find a way to use it against me, probably in the presence of everyone and since this was war, I couldn’t give her that opportunity on a platter. So I turned around and went down to the kitchen. Anjola was making the smoothie Tola had asked for and another kitchen staff was slicing vegetables right beside her.

“We’re done at the table. Can someone please come and clear it?” I requested not to anyone in particular.

“I will ma.” The other person replied.

“Thank you.” I said and I walked out of the kitchen.

Tola was cackling like a witch over the phone. She was probably in conversation with one of her fellow jobless housewives. I shook my head and went up the stairs.

I was going to head to my room but I decided to check on Sophie first. Without knocking, I opened the door and met her laughing hysterically on the phone.

“That’s not true babe, that’s not how it…” She turned abruptly and looked at me in shock.

I smiled and indicated that she should continue talking. She smiled back and continued her conversation.

I sank my bum slowly into her bed and I looked at her knowingly. I was almost sure she was talking to uncle Rex. I smiled and shook my head. This is the person Tola was warning to be careful around me? When we’re doing exactly the same thing? She might even be worse than me because at least, for me, there’s a target, a goal. What will she say her reason for sleeping with her family friend is now? I’m sure she will see his wife and still shine teeth with her o. To worsen it, she had a boyfriend somewhere in Lagos, who probably thinks that his girlfriend is for only him when my guy was giving Uncle Rex a large chunk of herself.

As I thought about everything, I realized it was Tola and her family that were trying to stain my white, not the other way round. All of them were cheating in some way and were all even worse than me. I am a free bird who didn’t promise anybody love or commitment. But look at Babatunde, a man with a love child who still plays away matches. Or is it Demilade? My man has a fiancée somewhere but he’s still shagging me and getting jealous because Fowi likes me. Sophie nko? Na wa. This family was full of skeletons and the day all the skeletons come out, heads will surely roll.

Sophie finally got off the phone and told me she had been talking to her boyfriend. Now I wasn’t sure it was Feranmi or Rex she was talking about but I didn’t bother asking. Afterall, wetin concern agbero with overload?

“Ehen, I’ve been hearing you people throwing fiancée around. When is Demilade actually getting married?” I needed to get all the details on that Christine girl and her relationship with Demilade. I needed leverage, something that would keep me ahead of the game because I was sure that her arrival would mean war, both physically and otherwise.

“Well, they haven’t decided yet. She wants to get married in Marrakech or Mykonos, my mum is saying Bali or Paris, her mother thinks it would be better in Dubai or SA, so that people can easily attend. So there’s all that drama currently ongoing.”

All I could hear was,

“She wants to get married in… pounds, euros, dollars, millions, billions, MONEY!!!!”

Then somebody will now tell me not to fix myself in Fowi’s life, I die! If his mother likes, let her not accept me, pata pata, we will marry and relocate, we won’t have to see her face so frequently. But you see that luxury wedding, I was going to have it, by hook or by crook.

“Wow. I didn’t even hear you call Demilade’s name.” I probed.

“What’s that one’s business?” She laughed. “He says he is fine with any destination. All he is concerned about is turning up for the whole week with his boys, finish.”

“And the dads?” I asked again.

“Those ones will just sign cheques when they need to and show up at the venue on the day of the wedding.”

These rich people definitely handled their own weddings differently. If it was in my family, the only issue we would have regarding venue was finding a hall that would tick all our boxes and still be affordable at the same time. Meanwhile, these ones are arguing which country they want to go to.

“But wait o, is it not after you pick a date that you book wedding venue abi choose destination?” I needed clarification for my own future wedding.

“Well not exactly,” Sophie explained. “We have to decide on a country first, then check out venues. Venue availability will determine the date most likely.”

“Oh I see. So is there a wedding planner doing all these things?”

“Definitely! Who will do all the running around before?” She laughed.

“So wait o, if the wedding planner is in Nigeria, how will she plan a destination wedding?” I needed all the intricate details of that wedding because I had never been so close to a wealthy family wedding, not to talk of one outside the country.

“I think Christine and the planner would go and check out venues when they finally decide on the destination. Then she’d probably find vendors to work with there.”

“Wait, wait, wait, so that’s how the wedding planner gets an all expense paid trip? Just like that?” Omo if na like that, na event planning sure pass o.

Sophie laughed at my ignorance and answered,

“I doubt it costs so much, just a hotel room, that’s all.”

“Ahan, flight nko?” I reminded her.

“Oh that’s not a problem, Christine’s dad has a jet so nobody needs tickets.”

My jaw dropped! There are really levels to this shit o. Look at how she was talking about private jet so casually, as if na Chisco bus. Na wa!

At that point, I was too weak to continue the interrogation because the oppression was definitely going to get worse. I mean I thought I was poor but I had now realized that I was wretched, including my family. If I continued hearing anything about that luxurious wedding, I’d definitely hate my family.

I told Sophie that I had to go to my room because I had some things to tidy up. She nodded her head and asked me if I wanted to go out later that night.

“Fowi, Lade and I had planned to go to Metro but now that Fowi says he’s ill, I don’t know if he’d want to go out. Maybe we can go to his and order take out.” Sophie said.

I opened it slightly and heard someone speaking in hushed tones. Of course I was curious to find out, so I quietly stepped out of the room and shit the door gently.

“Are you mad? How many times do I have to tell you that nobody must find out about this?” I heard the person say.

I stretched myself to try and see who was talking and the knowledge of who mad me almost die of curiosity. I needed to know whatever it was that was hidden, every single detail!

27 Comments on The Lagos Side Chick- S3E5