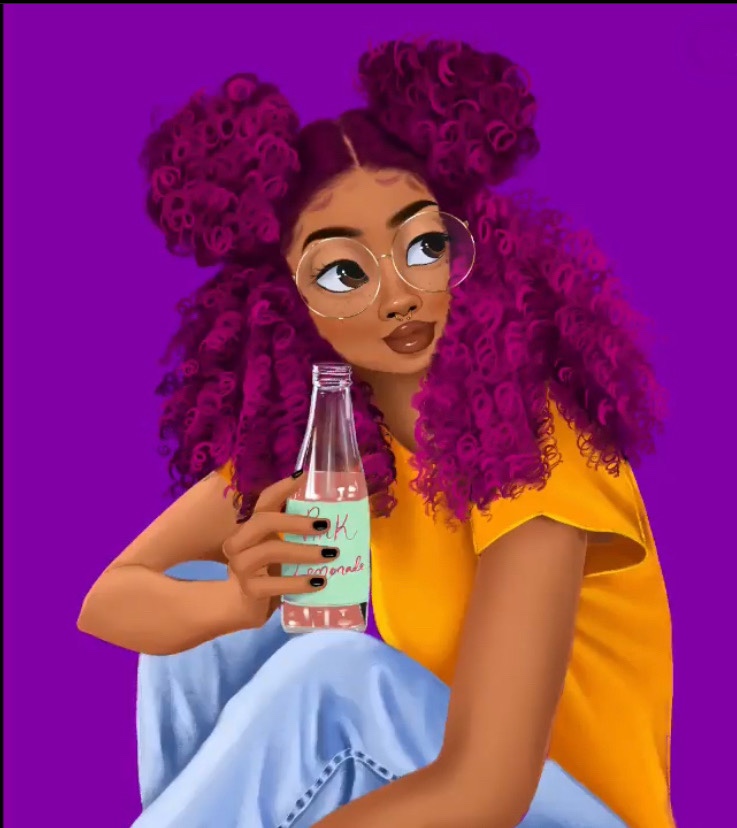 “If you don’t know how to keep your mouth shut, then I will shut it for you.” Tola said.

She climbed one step up and looked around to see of anybody was close enough to hear her. I quickly stepped back because I didn’t want her to know I was eavesdropping.

“Fine, I’ll credit your account tomorrow. Now don’t ever call me again. The fact that I am indulging you doesn’t mean I don’t know what to do with you.”

Ah! She sounded cold, ruthless and heartless all at once. It was such a shame that she didn’t divulge any concrete information, but there was definitely something up her sleeve, something big, something scandalous.

I ran as quietly as possible into my room before she could finish making her way up the stairs, before she will catch me and decide to do with me whatever she wished.

I sat quietly in my room till I was sure she had passed and gone into hers. I started pacing back and forth, my amebo spirit was restless. Something was going on and I had to find that out, by all means. I went through toms of ideas on how I could get that gist out, but it wasn’t working at all. The only thing that seemed reasonable was to become friends with her. But how was I supposed to do it? She definitely didn’t like me and it would only take a little while before she stopped hiding it. Somebody that was waiting for Christine to come back so that she could pepper me??

Christine! OMG! That was my link!

All I had to do was befriend Christine and get her on my side, I’m sure if Christine became my friend, it would be easy to get through to Tola.

While I was plotting, there was a knock on my door.

“Coming.” I said and stood up to get it.

I opened the door and saw Demilade standing there. For some reason, he looked so good in my eyes, God! It was as if I should pull him in, kiss him and sit on his face. Then I remembered he was on the enemy’s side. I couldn’t be moaning his name in secret and letting him insult me outside, God forbid.

“What do you want?” I asked sternly.

He sized me up from head to toe, sighed and said,

“Sophie wanted me to tell you to get ready. Apparently you’re supposed to come with us to Fowi’s house.”

“This thing with you and Fowi, you know it won’t work right?” He said with all the pride in the world.

Grrrr!!!! They had come to spoil my mood as usual. I wanted to shout at him, ajepako or better still, market woman style. Call him an amebo who sits down to gossip with women, a busybody and aproko who didn’t mind his own business and a hater who didn’t like seeing other people happy. I wanted to slap my palm over my mouth severally to boo him, then go ahead to rain insults on him in igbo and in yoruba too and shame him for thinking that his opinion mattered at all.

Then again, he was my boss. I knew it in my heart that if I did what I planned to do, he’d take it out on me at work and then proceed to fire me and probably make his mother kick me out of her house. I decided to curb my tongue and deny myself the utmost pleasure of embarrassing him to my satisfaction.

I heaved a sigh and told him politely,

“If Fowi doesn’t think it will work, I’m sure he’d be kind enough to tell me.”

“You think he will? Men like Fowi don’t marry women like you. Wait till you see wedding photos of him with another woman, you’ll remember that I warned you.”

Nahhh! He was reaching now and definitely asking for it. I knew he wanted to annoy me, to push me to my limits and make me react to all he had said and I was going to give him what he wanted.

“Not all men are like you Demilade Akin-Cole. The real problem here is not me and Fowi. It’s the jealousy that has eaten deep into your system, the one that makes you say vile things and deride your own friends. You’re such a sore loser who’s whining about, holding on to his mother’s apron strings because your side chick has dumped you and your feeble heart cannot take it. I think you should grow up Lade. But if you don’t want to, I can join you in the mud that you’re playing in and we will stain our whites like underaged children who don’t have sense. Let’s see who’ll run home in tears and call his mummy at the end.”

God!!! It felt so good to finally speak up for myself. This idiot had been pushing me since but I kept my cool because I didn’t want any trouble. But haba, this one was too much. How can I be on my own and you’d come and shame me? As how? A whole me? Agaracha 1 of Idemili North, Anambra state. It’s me that Demilade wants to shame? Tueh. Even though I didn’t give it back to him the way I wanted to, I was happy that I drove home my point, with panache if I may add.

Demilade stood there like a pillar of salt, staring at me, definitely shocked at what I had just said. I sized him up like he did earlier and banged my door in his face without waiting for his comeback.

I jumped on my bed with joy and proceeded to check up on Fowi and his headache. He said he felt better and I told him I’d come with Lade and Sophie to see him.

“That would be nice.” he said.

Love kwa? We have graduated to calling each other love? Nsogbu adiro. I was going to use that pet-name calling to pepper Demilade this night, rubbish!

I went to my box and picked out one of the nice clothes Fowi bought for me. It was a nude bodycon dress with tiny straps, perfectly accentuating my curves. I was out to tease Fowi and to pepper Demilade. I wore the dress without a bra and my nipples were pushing through the fabric like they were struggling to breathe. I looked at myself in the mirror, unsure whether to go out like that or not. I liked how I looked in the dress but I wasn’t sure if it would pass a wrong message. Fowi may think I am cheap and Demilade may see it as an opportunity to hit on me again, thinking I am trying to get with him.

“Fuck it! I’d dress how I felt like and nobody was going to make feel bad about it. Anyone could think how they liked, ọ bụ ha na-azụ ahịa.”

I sat down in front of the dressing mirror and started dabbing my foundation into my skin. Just then, my door flung open. I jerked on shock and turned to see who it was.

“You scared me.” I sighed in relief.

“I’m already dressed, just doing my make up.” I answered.

“Doing make up to Fowi’s house? Why? We’re just going to eat and gist, finish.”

“Well I feel like wearing make up, so I’ll wear make up.” I answered.

She knew she couldn’t change my mind so she sat there and watched me as till I was done. I wore nude lips so it wouldn’t look like I was trying too hard.

“So how do I look?” I stood up and faced Sophie.

“Wait, what?” Sophie looked at me in shock.

“What happened?” I asked.

I looked at myself and wondered what the problem was. When she told me, I was more than shocked, it was a scary revelation.

36 Comments on The Lagos Side Chick- S3E6