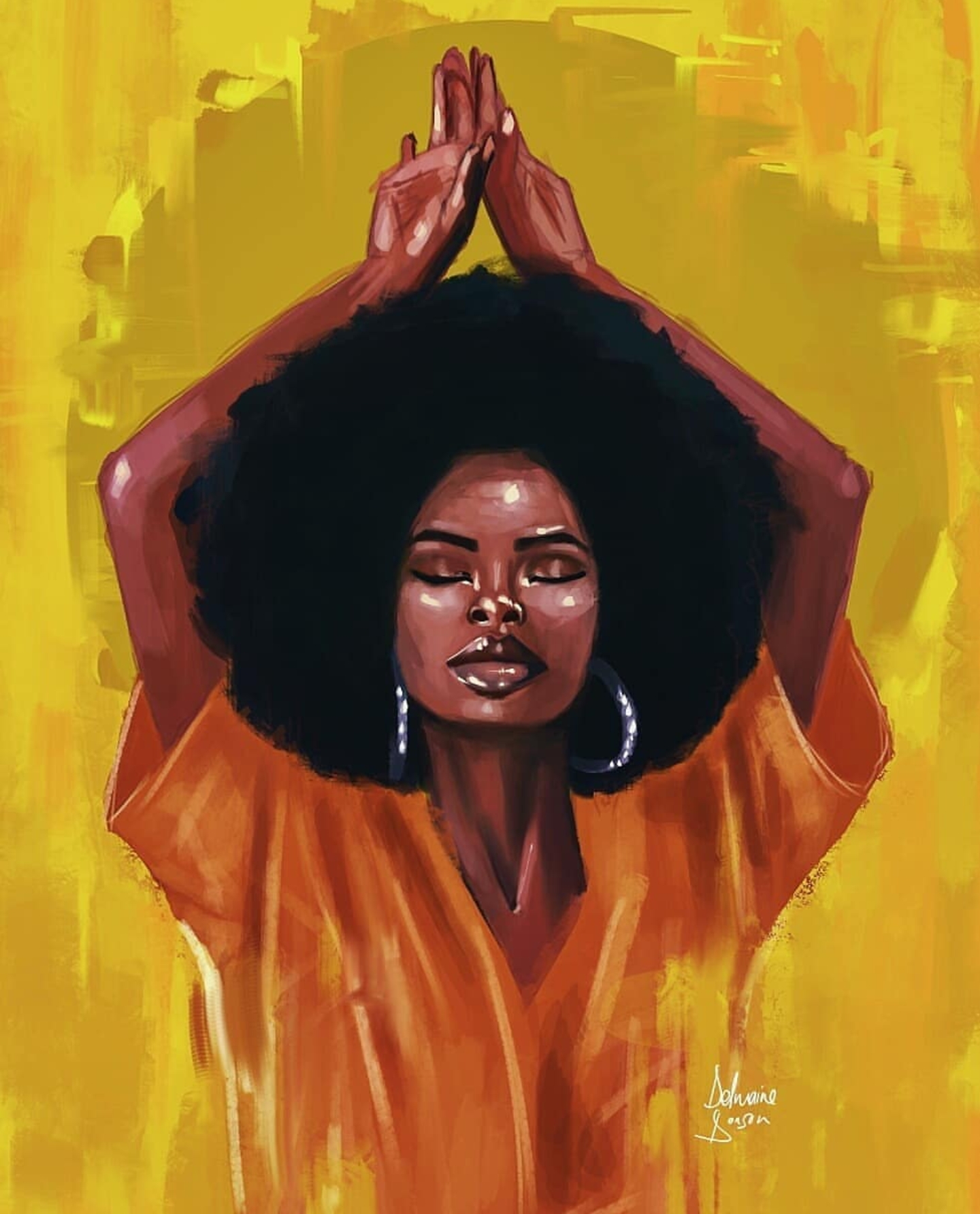 I smiled when he started to walk to me. I thought I had successfully seduced him again till he did something that left me extremely shocked. He bent down, picked up my robe, draped it over my shoulder and tied the belt, completely covering my nakedness.

Without saying a word, he turned around, opened the door and walked out. I stood there, transfixed for a second. I couldn’t believe my eyes. No man had resisted my naked body before, least of all, Faraji. My body was Faraji’s weakness and he had never been able to refuse it.

I quickly made to follow him behind and ask him why but I stopped as soon as I got to the door. I couldn’t be running after someone who had just rejected me. It would be like turning my other cheek for him to slap.

He will come back.

I walked back into the living room and sank in the chair, tapping my foot in annoyance almost immediately. I was about to gulp down the remaining content of my glass when my phone rang. I rolled my eyes when I saw who was calling.

I was in no mood for Deyemi’s interrogations so I didn’t pick up. I drank from my glass as I watched my phone ring and ring. I hissed as I poured myself another glass when the phone didn’t stop ringing. Knowing Deyemi, he wouldn’t stop calling till I answered.

“Hello.” I finally picked up.

“Why weren’t you picking up?” He bellowed.

Deyemi completely ignored my greeting and started ranting about how I never pick up my phone at the first ring. I dropped the phone on the table, put it on speaker mode and heard him go on and on about the rubbish he was saying.

I need to get my nails done. And this hair, it’s so old, I need to call my stylist and book an appointment. Goodness, I need new clothes, definitely calling my shopper after this. I….

“Hello, are you there?” He interrupted my thoughts.

“Are you done ranting?” I asked him as I picked up the phone.

He was about to start ranting again, about why I said he was ranting but he held back. He must have realised that it was useless so he decided to save his saliva for better speeches.

“Have they finally fixed my car?” He asked.

Such a foolish question.

“Come let me ask you, did you marry me so that I can watch over your properties? As par I am a caretaker abi what?” I questioned him.

In my heart I knew it was transfer of aggression. I was mad at Faraji and I needed to get it out of my system. Unfortunately, Deyemi was the one who called and even aggravated my anger.

“What do you mean?” He asked me back.

“Do you think it’s okay for you to sit in whatever country you are in and call me every day to ask about properties? Today, my car, tomorrow, leaking AC, next tomorrow, pumping machine. You don’t even ask about how your wife is doing. It’s only how to ask me questions and argue that you know.” I fired.

He was definitely shocked because I had never reacted like that before. I would normally answer his questions calmly and when he was done interrogating, I would ask for money. But I was in no mood to answer any questions that day.

“Are you okay?” He asked in a small voice.

I had never complained about his frequent trips because frankly, it gave me the opportunity to do whatever I wanted with my life. I could comfortably live my ‘Lagos big girl’ life without a man dictating what I should do or where I shouldn’t go but that day, I couldn’t care less. I had to vent and blaming Deyemi for something was the only way out.

“You’re probably in a bad mood now, so I’ll call you tomorrow.” He said calmly.

“Good night.” I ended the call before he could say any other thing.

I threw the phone on the couch and continued tapping my foot. I was still full of anger and apparently, screaming at Deyemi had not done me much good. I hissed, picked up my phone and went upstairs to change my clothes. I needed to go out, to go somewhere with lots of people and noise so I could stop thinking about Faraji’s rejection.

Where can I go on a Tuesday night for God’s sake?

Then I remembered, Onome would know the perfect place. I dialled her number immediately but she didn’t pick up the first time. I tried again and when she didn’t pick up, it got me angrier. I hated it when people didn’t pick up when I desperately needed to talk to them. I took a deep long breath and decided to try again.

This time she picked up and was breathing heavily into the phone.

“Onome, are you okay?” I asked with genuine concern.

“Yes, yes I am, just you know, exercising, yes, exercising.” She explained.

Onome and exercise are like two parallel lines that can never meet. In fact, using Onome and exercise in the same sentence is almost a taboo. She didn’t like to exercise and whenever I dragged her to the gym with me, she wouldn’t even go past warm ups. So how could she be exercising?

“We’ll talk about this your exercise later. For now, I need you abeg. I am coming to yours and we are going out.” I told her.

“I just told you that I am busy now. I can’t go out.” She was trying to dissuade me from showing up.

What could this big head be hiding?

I knew Onome like the back of my hand, there was no way she was exercising. She was doing something she didn’t want me to know about. I thought long and hard, what activities make you pant that you would want to hide from everyone?

I was determined to find out the man she was hiding from me. This was the perfect distraction from my immediate wahala and I was not going to let it pass me by.

“Okay, fine.” I said, “but are you home? Are you sure you’re okay?” I asked with a voice of concern.

“I am fine love. I’ll call you when I am done with this. Okay?” She hung up before I could reply.

I let out a loud laugh and threw my phone on the bed. Onome must think they gave birth to me yesterday, for her to be lying like this.

But who could she be with?

The fact that she didn’t want me to lnow ony heightened my curiosity, I had to find out who it was and quickly.

As soon as I took off my robe, the cold air from the air conditioner hit me, causing my nipples to stand at attention immediately. I picked my robe up and put it back on as I ran to the bathroom to take a shower. I was just about to enter the bath tub when I remembered that I didn’t have time on my hands. If I delayed, I would probably get to Onome’s house after the man had gone.

So I ran out of the bathroom, wore my underwear as quickly as possible and taking wrap dress from my closet, I ran out of the room. I was wearing the dress on the stairs when I realised that I had forgotten my phone and car keys so I back to get them.

In the next five minutes, I was in my car, ready to begin my FBI mission. I pressed my horn for Sanusi the gate man to get the gate as i wore my seat belt, but he didn’t answer. It was after blowing the horn like a mad woman for almost one minute that I remembered that i had sent him away fot the night.

I came out of the car and opened the gate by myself and in a moment, I was on Gerrard Road, heading to Onome’s house on Bourdillon Road. Luckily for me, there was no traffic, so I got there in record time. I decided against driving into her compound because I didn’t want to raise any suspicions. She might here a car driving in and look outside and see that it’s me.

Oh my paranoia! She wouldn’t do that, it’s not her private property. Sigh!

Onome lived in a three storey block of flats. The compound was big enough and each of the eight flats were entitled to one parking space each, with three extra spaces that people use on a first come, first serve basis.

Immediately I entered the compound, I looked towards her parking space at the far left to see if her car was parked there, but it wasn’t. Instead, I saw a black Brabus G65 wagon. To say I was shocked is to say the least.

Where and when did Onome meet a man that drives a Brabus?

I refused to believe my eyes.

Maybe it belongs to her neighbour. He must have parked there since there was no parking space.

I shook my head in disagreement with my thought. There was no how someone with a Brabus would be living in a rented two bedroom apartment.

This car is not for small boys now.

I knew this because a Brabus is extremely expensive. Deyemi bought it last year and it took away a huge chunk of his, sorry, our money. So that meant that whoever was with Onome was a big boy, at least, a multi millionaire and most likely an older man.

I was still trying to put two and two together when I noticed Onome’s car, parked in one of the spare parking spaces. Then I confirmed it, the owner of that car was definitely in Onome’s house. Onome only gave up her parking space for her visitors and not for her neighbours. So I was 99% sure he was the one fucking Onome.

I quickly made my way to the staircase and climbed up to Onome’s second floor apartment as fast as i could. I was about to open the door when the door quickly opened and my eyes met the shock of my life. To say I was angry was putting it mildly, I was furious.

23 Comments on The Magic Of Bliss And Bluesy- S1E15