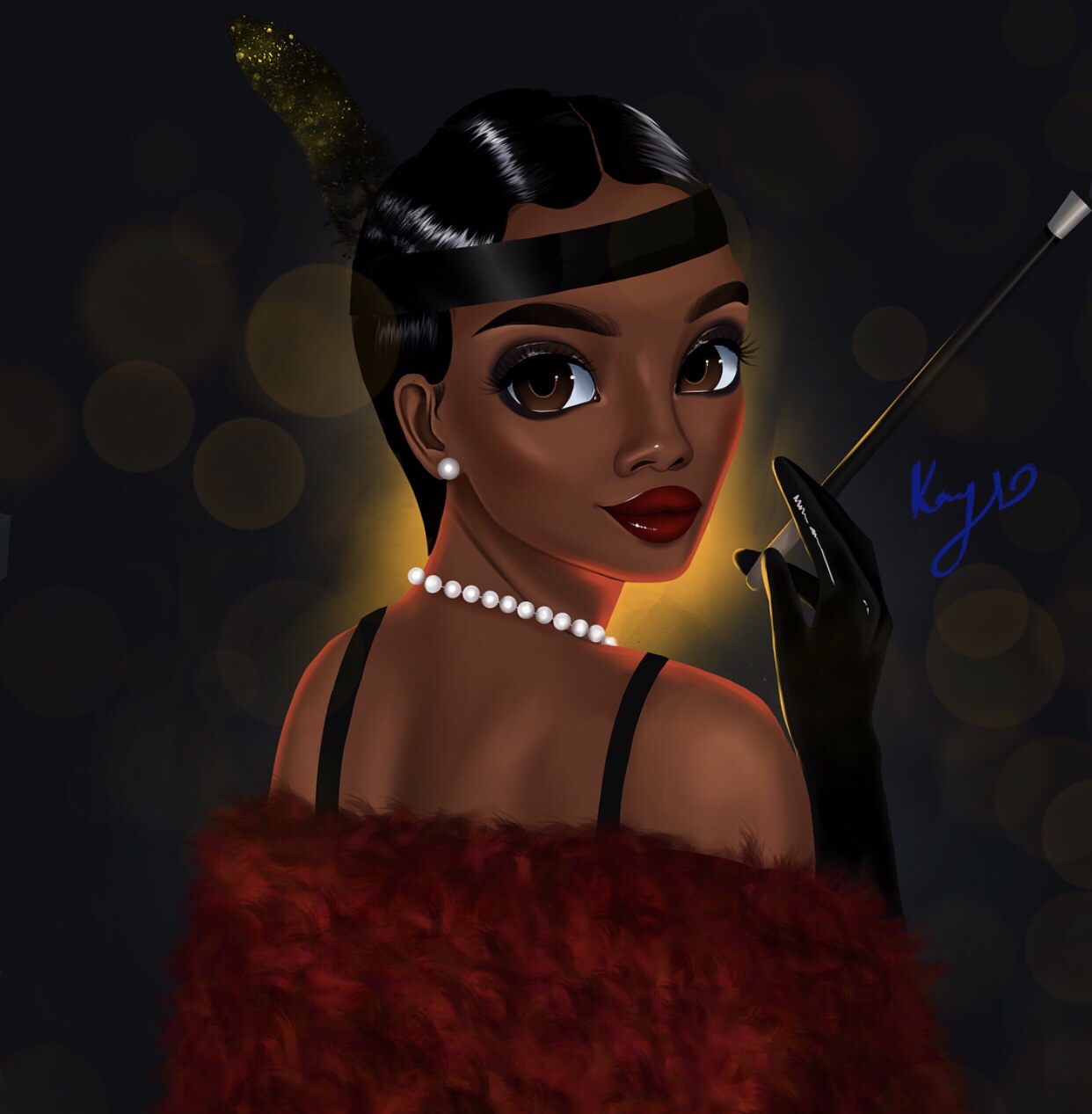 I strolled into the office the next day feeling like a queen. All was right with the world, my man was the best man alive and the way he loved me was even better. I was very sure that wedding bells would be ringing for us soon, seeing as we couldn’t stay away from each other.

I settled in my desk and took my phone out to call Faraji. I tried and tried his number but his phone was switched off. I wondered what the problem could be. His phone was almost never off, seeing that he was always attending to work from it.

Just as I was trying to figure out what the problem was, Fayokunmi strolled in. Fayo was one of my closest friends and we had both worked together in the same department of our insurance company for three years. She was the extra one who never saw things plainly. If you showed Fayo a green dress, she would see the yellow and blue instead. She was the queen bee of our trio and the one who was always up in everybody’s business.

“Baby girl, what’s up? Why is your face long like this? Kilode?” She asked me.

“I’ve told you to stop speaking this your Yoruba to me. I don’t understand it.” I frowned.

“After staying in Lagos for five years, you still don’t know the meaning of kilode, na wa for you o.”

I ignored her and continued trying to reach Faraji. She asked me what the problem was again and I told her how worried I was that I couldn’t reach Fa’a because his phone was off.

“That’s what is worrying you? Maybe his battery is dead or something or maybe he just wanted to switch it off.”

“Speaking of Fa’a, what even happened yesterday night?”

Just as I was about to start talking, Teniola walked into the office. Teni was the last of our office trio who worked in HR. She was the hottest of us all, her body was banging, she wore the best clothes and even drove a Benz. I can’t tell you how she managed to get all these things because I myself, I don’t know. I went on official assignment to our branch in Ghana a few months back and by the time I returned, my quiet, conservative Teni had become a diva.

“Teni, how come? How did you manage? You lost weight, moved to the island and even bought a car, what happened.” I had asked.

“That’s not all o, I even got promoted to head of HR.” Teni had said with glee.

“Instead of you to be happy that God finally opened her eyes, you’re here asking JAMB question.” Fayo answered. “Abeg forget Onome joor, our friend is the raining babe around now.”

And that’s how they swept the matter under the carpet. The next time I asked, they told me Teni met a man who she started dating just after I left and he was the one funding her lifestyle. Till today, I haven’t seen the man, nor heard how Onome, the boss’s woman lost her job.

“Hottest! How far now?” Fayo turned to Teni and greeted her.

“I dey o. How far? Where’s the ring?” She lifted my fingers to look at them.

“So if Faraji proposed, will you just be hearing it now?” Fayo asked her.

“My sentiments exactly. What even gave you idea that he was going to propose yesterday night?” I probed.

Teni went on to explain how she thought Fa’a was going to propose to me, seeing that he insisted I wear a new dress, get my nails done and my hair too. Then I thought about it again, why did he make me look extra pretty if it was just dinner? Faraji wasn’t such a dress up guy so he wouldn’t make me dress up if it wasn’t for something important. Noo, maybe he just wanted to be fancy that night and if he had wanted to propose to me, I would have known sef because Derin would have told me.

“Me I’m going back to my office. I only flew here because I thought there was a ring but since there’s none, una bye bye.” Teni stood up and made her way to the door.

Fayo and I bade Teni farewell and Fayo went to her side of the office. I looked at my computer to see that I had a lot of work waiting for me so I got to it. The wahala of my accounts not balancing made me forget that I had not heard from my boyfriend all day.

At 6pm, the office was almost empty as most of the staff had closed for the day. I was about to close when Derin called me to ask if I wanted to go out for drinks. I indicated interest because I needed to relax after such a hectic day. I told her I would bring Fayo and Teni along and she was more than delighted especially at the mention of Fayo’s name. She and Fayo were so alike and they were always so happy when they got together because they were not regular friends who saw each other frequently. They only came together when I was involved and they always looked forward to it.

“Where are we meeting up?” I asked her.

40 Comments on The Magic Of Bliss And Bluesy- S1E4.